If I were to tell you that two of the films released this past summer are now among the top 10 biggest box office bombs of all time, what would you say?

A yawn with an eye roll might be an acceptable reply.  At this point, we are well past summer and have already read many an obituary for The Lone Ranger, White House Down, and R.I.P.D.  Yeah, yeah, yeah – this past summer had some of the biggest hits of all time (Iron Man 3, Despicable Me 2, Monsters University) and some of the biggest misses.  The jarring shifts from hit to miss were as bi-polar as Claire Danes character in Homeland.  We get that.  However, this is not unique to the summer.  While the budgets are lower meaning less money is being lost, October has been the story of a couple of individual successes (Gravity!!!!) that still add up to a collective gross on pace to be the lowest for the month of October since 2007.  Film’s like Runner, Runner, The Counselor, Machete Kills, and The Fifth Estate have all flopped badly, particularly The Fifth Estate.  Overall business is sure to pick up in November with Thor: The Dark World and The Hunger Games: Catching Fire tracking to hit huge and Enders Game likely to perform admirably.

So, again, it’s a best of times, worst of times situation.  However, why do we care?  And what does it even mean that a film flops?

Figuring out a movie’s profits seems pretty straight forward.  Thanks to BoxOfficeMojo.com, we usually know roughly how much a movie cost to make and how much it made.  Simply compare the two, and if the right column (worldwide profit) has a higher number than the left column (production budget) we are in profit territory.

Wrong!  Hollywood accounting is crazy complicated.  For starters, the studios are believed to habitually under-report production budgets to save face with investors, meaning we sometimes have a range (what they say it cost vs. what we think it actually cost) instead of exact figures.  Second of all, studios actually have to share roughly half of a film’s profits with the theaters playing the movie, thus the “a movie has to double its production budget to actually earn a profit for the studio” rule of thumb.  Thirdly, profits from overseas markets are subject to multiple variables, such as profit-sharing agreements with specific countries and currency conversions.  For example, according to the Economist.com Hollywood studio’s actually only receive around a quarter of the profits their films make in China, the other 75% being kept in China.

But, wait, there’s more.  For a movie that costs $200 million to make, studios are believed to commit between $50-100 million in marketing, a figure not reflected in a production budget.  The exact figure devoted to marketing is typically only ever reported by an industry trade magazine like The Hollywood Reporter, whose estimation of the cost is obviously nowhere near official.

Beyond additional costs, there are also multiple potential sources of revenue not captured in box office gross.  For example, there are various typically unreported methods to cover the bulk of a film’s cost of production prior to even making it.  In this scenario, an independent studio, such as Lionsgate and Summit Entertainment, will develop a film, gather together a marketable director and actors, estimate a projected budget, and then sell the distribution rights in foreign territories (enticed by the presence of a known brand or actors) to cover the majority of the budget.  Earlier this year, Now You See Me utilized this model to become an even bigger hit than it’s already high gross-above-budget ($351 million worldwide on a $75 million budget) would indicate, as did Terminator 3 in 2003 ($433 million worldwide on a $170 million budget). There are also other ways to recoup a film’s budget prior to even releasing it, e.g., Sony is believed to have covered much of Smurfs 2 production budget via product placement and media tie-in deals.

Then there’s the sales from home video and television.  The DVD/Blu-Ray market peaked in 2004, having fallen 36% since that time, but it’s still strong enough that a notorious box office bomb like John Carter can pull in over $20 million from DVD/Blu-Ray sales, a figure which does not record profits from digital sales.  Profits from selling rights to films for exhibition on TV are even harder to quantify, but believed to have been the savior for some films believed to be among the biggest bombs of all time.

So, those are the variables at play here.  As such, a simple comparison of worldwide gross to budget reveals a mere net loss, only capturing a fraction of the story.  Even films which rather clearly could in no way be considered financial failures technically lost money due to fancy Hollywood accounting (i.e., funneling money through shell corporations) designed to prevent studios from paying back-end profits on films like My Big Fat Greek Wedding, Star: Wars: Return of the Jedi, Harry Potter and the Order of the Phoenix, Forrest Gump, Batman, and The Exorcism of Emily Rose.  You’d be right to think that sounds just a wee bit illegal, but such cases are brought to the courts rather infrequently.

Lastly, with any discussion of box office successes and failures must come the “yeah, but if you adjust for inflation such and such movie still holds that record.”

Let’s go back to simple, then.  A box office bomb, after all, is simply a measure of box office performance, specifically its net loss, and not home video sales or clever pre-production distribution sales.  The formula used to calculate net loss is to divide worldwide gross by 2 (since the studios split the profits 50/50 with the theaters) and then subtract that from the production budget.  The worldwide gross and production budget figures comes from BoxOfficeMojo.com and are in actual, unadjusted dollars, and the inflation-adjusted (using constant $) net loss figures come from a variety of sources: 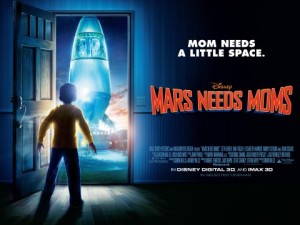 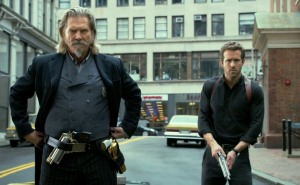 So, 2013 is responsible for two of the biggest net loss leaders in inflation-adjusted box office history.  What does that even mean, though?  After all, this is the same year in which three individual months (May, June, and August) were the highest-grossing such months in film history.  Well, the actual dollars and cents are inaccurate since they cannot completely account for additional costs/revenue streams, but the end results for these individual films and those who made them is clearly not good.  It’s like a vote of no confidence from the public.

In the past, companies have been shut down due to a single film’s failure (e.g., Mars Needs Moms, Cutthroat Island).  However, The Lone Ranger came from Disney and R.I.P.D. from Universal, two conglomerates well-positioned to absorb such losses.  Disney enjoyed huge success over the summer with Iron Man 3 and Monsters University while Universal was in a similar position thanks to Despicable Me 2 and Fast & Furious 6.  Plus, Universal reportedly committed astonishingly little to the marketing for R.I.P.D. meaning it didn’t likely lose substantially more than its net loss.   Suddenly, though, The Lone Ranger producer Jerry Bruckheimer’s partnership with Disney is ending after the next Pirates of the Caribbean movie, and star Johnny Depp is in the midst of a career crisis.

So, the moral the story is that Hollywood accountants are clever, clever boys and girls, and ever-increasingly omnipresent box office figures only measure a (albeit significant) portion of variables that play into a film’s profitability.  But some net losses, like that of The Lone Ranger, are so monumental no creative accounting or secondary sales can help you walk back from it.

And that’s all we have time for this evening.