Ryan Murphy’s shows, from Nip/Tuck to Glee to American Horror Story, are like friends with wildly shifting emotions, almost to the point of seeming schizophrenic. They also tend to be far better at starting stories than finishing them, giving the impression that Murphy has a mad case of creative ADHD.

This much we already knew.

Scream Queens reunited Murphy with his Glee co-creators, Brad Falchuck and Ian Brennan. On Glee, the trio served as the show’s only writers for a surprisingly long time, and that meant Glee’s wild variations in tone and completely random storyline choices often came down to the increasingly obvious differences in Murphy, Falchuck and Brennan’s respective writing styles. Eventually, that endless cycle of “WTF?” overtook the show, especially the way it took itself very seriously one week and not at all the following week. Sometimes it was the campiest thing imaginable, and other times it was “After School Special: The Musical.”

The secret to enjoying Scream Queens, I thought, was to know all of that going in. Don’t fall in that frustrating trap of raging against the Ryan Murphy machine. His shows are what they are. Don’t get mad when storylines don’t make sense. Don’t fret when character motivations change from week to week. Don’t get caught up in trying to figure out the actual logic behind everything. Just check your brain at the door and enjoy a thoroughly campy hour of TV every week.  Have fun with the mystery. Throw out theories about who the killer(s) might be. Celebrate the best one-liners of every episode. Marvel at the truly unexpected pop culture references, and learn to laugh with them when it seems like you can practically hear Murphy, Falchuck and Brennan giggling to themselves after each particularly clever line or death.

Still, I had a hard time adjusting to all of that.  It’s been so long since I watched Glee that I forgot just how jarring an experience it is to watch a Ryan Murphy show. Plus, Scream Queens is so much more of a cartoon and far more mean-spirited than Glee ever was. However, now that Scream Queens’ first (and possibly only, based on those ratings) season has concluded I realize something: I’m going to miss this show. I got a charge from knowing that every Tuesday I could count on watching something totally unlike anything else on TV, and since this is a slasher movie homage it kind of made sense that every single character was unbelievably thinly drawn and easily broken down into vaguely offensive, descriptive nicknames. I greatly disliked Emma Robert’s Chanel Oberlin, but the beauty of that on a show like this is you can actually root for her to get killed off and have a decent chance of that happening.

Of course, Chanel survived, and the killer was finally revealed to be Hester, the other baby in the bathtub.  Surprise, surprise – they didn’t cast Lea Michele to be a mere co-star!  She was the brains behind the operation the whole time.  In fact, she only ever killed one person, Pete, who was actually recruited into their ranks after the killings had started.  She had to kill him to stop him from telling Grace the truth before her plan to frame the Chanels for the killings reached its conclusion.  The ultimate explanation was told with such confidence and, um, glee that it made for an electric ending to the season, particularly the way the killer ultimately got away with it. It’s only now that I think back on it that I start wondering, “Wait, but if she was the killer then why did she…?” But, eh, screw it. This is a Ryan Murphy show, after all.

Looking back on the season as a whole, these are some of the things I am going to miss, if this is the end of Scream Queens. This was a show with:

1. A Town Whose Chief of Police Openly Admits That She Only Knows the “You Have the Right to Remain Silent” Part of the Miranda Rights

2. Niecy Nash Spectacularly Stealing Every Scene She Was In

3. A Fraternity Leader So Dumb He Didn’t Realize There Are Actually a Wide Variety of Charities, Not Simply An Umbrella Organization Called “Charity”

4. Jamie Lee Curtis Having The Time of Her Life, Even Agreeing to Continually Poke Fun At Pop Culture’s Increasingly Uncertain Definition of Feminism 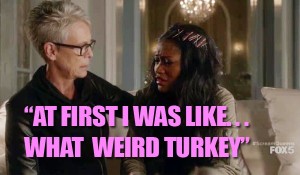 6. A Mix Tape-Obsessed Father Figure Who Didn’t Even Know His Fiance’s Last Name 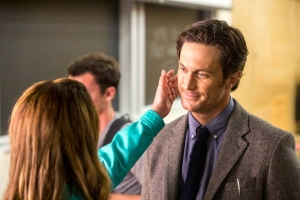 7. A Group of Characters Who Legitimately Believed a Clearly Flesh-and-Blood Human Was a Ghost Simply Because He Said He Was

Around this time is when it occurred to me that Scream Queens actually has a bit of Scooby Doo in its DNA.

But, mostly, what I’ll miss about this show is its ever-present promise to deliver something as unexpected and hilarious as this right around every corner

9. The Death of Coney 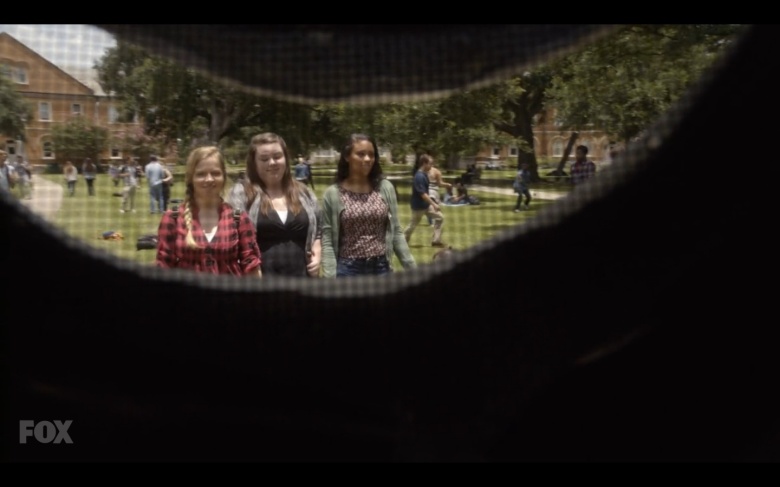 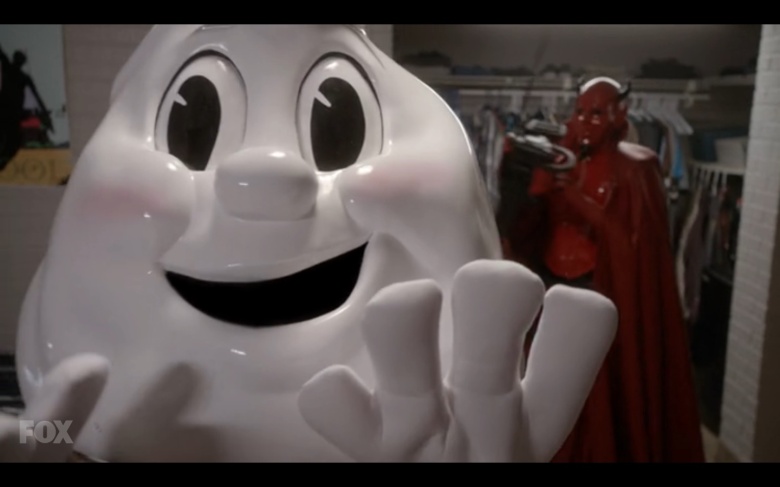 There may yet be a second season, but Scream Queens has been one of the biggest ratings disappointments of the fall season, especially with the amount of money Fox sunk into a year-long advertising campaign pre-launch. If Fox gives it a second season it will be because it’s easier to keep a disappointing, but steady show than launch a new one, and it would go a long way toward maintaining a good working relationship with Ryan Murphy.   If that happens, the new season promises to look different than what we just saw. Some of the cast members will return, some won’t, and the rumor is they might do a Summer Camp thing ala Friday the 13th. However, in light of those ratings Murphy has talked about wanting to add more variety to the cast, age-wise, and make season 2 a bit more broadly appealing.

So, who knows what will happen with Scream Queens in the future, but looking back at that first season – not all of it worked, it was a sometimes frustrating experience, but I ultimately had a good time watching this show.  It went out on a string of better-than-usual episodes, and from this point forward Tuesday night TV will be all the poorer without Denice Hemphill and Chad Radwell around to deliver instantly quotable one-liners.

What will you miss, if anything, about this first season?  I hesitated to mention how fun it was trying to guess the identity of the killer because that kind of seemed like a given, but that is an additional thing I’ll miss.  What about you?