The malfunctioning mechanical sharks and lack of money to repair/replace them forced Spielberg to come up with the solution that turned Jaws into a classic. Indiana Jones was supposed to have a drawn-out sword fight, not just shoot that one guy. Rocky and Adrian’s skating rink date wasn’t originally supposed to feature them alone on the ice together. Doc Brown was meant to travel through time in a nuclear-powered refrigerator instead of a DeLorean. Lucas originally wanted to have an entire planet of full of Wookies and for Han Solo to be a green alien.

These are just some of the stories from classic movies which were ultimately improved by limited resources. We can add Deadpool forgetting his big ole bag of guns to that list, but it might be hard to miss that right now. In the wake of Deadpool‘s record-setting box office success, much of the attention has understandably gone to the film’s R-rating, ultra-violence, brilliant social media marketing, and meta-humor. James Gunn fears Hollywood will look at all of that and learn the wrong lessons, as the industry usually does after massive, surprising success stories [see also: Die Hard in the 80s, The Matrix in the early 2000s].

But there’s one key ingredient to Deadpool’s success we might be overlooking: its budget.

If Deadpool must be mimicked its imitators should realize that one of the biggest gifts Fox gave Ryan Reynolds, director Tim Miller and screenwriters Rhett Reese and Paul Wernick (Zombieland) wasn’t just the freedom of an R-rating; it was also the limitation of a $58 million budget. As Reynolds said, “We don’t have the kind of money that most superhero movies do, but that’s great, actually. Necessity is the mother of invention, and that’s why we get to make the movie we want to make.” 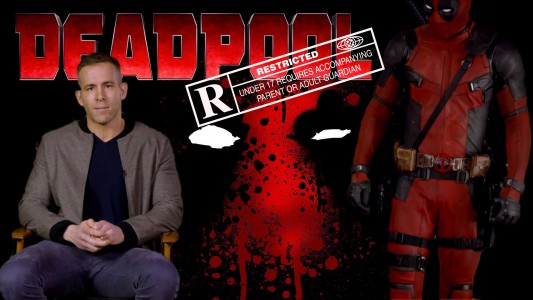 Not that Reese, Wernick, Miller, and Reynolds necessarily felt that way when Fox forced them to cut $7 million from the script at the last minute. That meant dropping 9 total pages which ultimately forced them to streamline the story resulting in a funnier movie less reliant on a series of gratuitous, hyper-violent action sequences. Similarly, the modest budget continually forced Ryan Reynolds, who also served as a producer, to come up with clever workarounds. 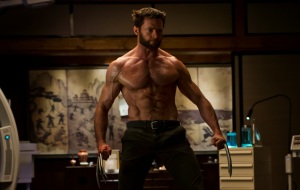 Hugh Jackman is referenced repeatedly throughout the movie, to the point that Deadpool staples a picture of his face to his head at the end. The fact that Jackman himself never actually appears only enhances Deadpool’s underdog quality and meta humor, thus that fourth-wall breaking joke about them only being able to afford two X-Men. That wasn’t for a lack of trying, though, as Reynolds told Empire:

We had endless [conversations about other X-Men]. Taskmaster was in the script originally, too expensive. We had versions where we wanted Hugh Jackman in there, we wanted all kinds of cameos from different people, but it just becomes a big mess for the studio.

FORCED TO THE BOTTOM OF THE BARREL FOR NEGASONIC TEENAGE WARHEAD 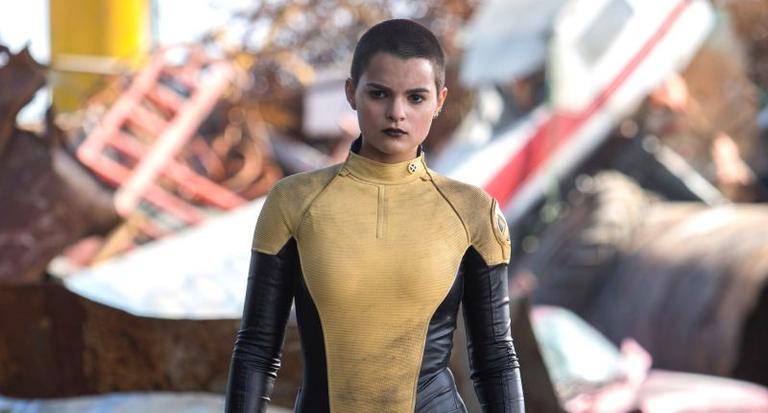 Giving Deadpool a sullen, texting-obsessed teenage girl as a sidekick is one of the movie’s many inventive variations on the superhero formula, but it was far from their first choice. In the original script, Colossus didn’t have a protege. Eventually, they added a Kentucky hick version of the superfast Cannonball, but they wanted something better, as Reynolds told Empire:

That specific reaction inspired Reynolds to use the “What the shit?” line in the movie after Deadpool hears Negasonic’s full name for the first time. 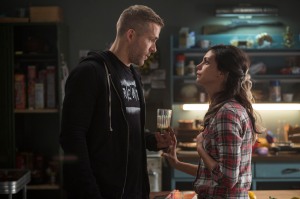 Wernick believes that Deadpool gets away with most of its craziness because its emotional throughline connects with audiences, telling Collider they needed to “give it a beating heart, make it feel emotional. I think the love story does that in this particular case, is it does give all that zaniness a chance to be offset by you really feeling for these characters and his journey.”

However, in the original script Vanessa is barely a character. When Wade is diagnosed with cancer she takes it in stride and lets him walk out the door to travel the world in search for a cure leading to an extended action sequence in Mexico which would have ended with him ripping out a doctor’s heart. Removing this for budgetary reasons forced them to re-evaluate Vanessa.

She became the one who moves straight into fix-it mode after hearing Wade’s diagnosis, which, of course, causes him to fall even further in love with her thus enhancing his desperation to find a cure so that he can be with her. They also gave Vanessa more to do in the second half of the story since she was originally not going to be mad at Wade for abandoning her. 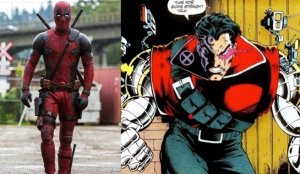 In the original script the action in the third act was great, but it was just Deadpool and a lot of guns. One of my notes early on was that I wanted to see more superhero stuff. We had Garrison Kane in there for a while, but in the final round of budget cuts we had to take him out, because he was a pretty expensive dude. He’s got these bionic arms that change shape; he would have been a visual effect for a large part of the movie. And as it turned out, a visual effect too far.

Similarly, Francis originally had two male sidekicks, Sluggo and Wyre, both victims of Fox’s budget cuts. The writers replaced them with Gina Carrano’s Angel Dust, simplifying the story considerably and upping the number of female characters. Her gender even adds more layers to Colossus’ big fight scene, which would have originally been him against Sluggo in an epic, but far more standard brawl.

ONE FRIEND & ALLY, NOT TWO 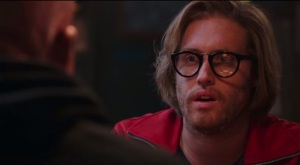 Sister Margaret’s School was to be run by a Sam Elliott-type named Patch, thus leaving T.J. Miller’s Weasel as the smirking bartender. Excising Patch from the script for budgetary reasons and shifting more focus to Weasel gave us more time to enjoy his friendship with Wade/Deadpool.

FEWER ACTION SCENES RESULTED IN THE BEST JOKE IN THE MOVIE

Reese told io9 that as a result of Fox’s 11th-hour budget cut demands on the script:

There was a reduction of action. We had a motorcycle chase between Deadpool and Ajax (Francis) on the freeway that we took out. We had a big, big gun fight in the third act that we took out and we basically had Deadpool forget his guns as a means of getting around it. So there were just reductions.

That’s right – one of the best moments in the entire film, i.e., Deadpool forgetting his duffel bag of guns on the taxi, was the result of a budget cut. The original script would have seen him using every single one of those guns in a Death Wish-esque shoot-up, but it’s so much more interesting to have him go from a place of white-hot rage while gathering the guns to comically realizing he’ll just have to make due with his swords. 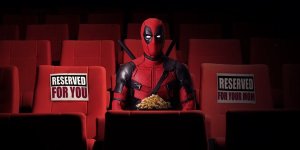 Before Deadpool came out, Wernick told Collider that the early fan screenings taught them some key lessons:

“I think people appreciated the fact that the story was simple… There’s so much zaniness that I think just having a clear throughline, a pretty simple story, not a ton of plot twists or weird things you have to try to figure out or understand, makes you able to just have fun with all that zaniness that you throw on top of it. So I think we learned keep it simple, keep it zany, go ahead and break the rules in all the ways that Deadpool does, and hopefully you’re in a pretty safe space.”

So many of those positive attributes were forced on the Deadpool team by Fox’s budget demands. Reynolds did tell Empire he’s not 100% certain everyone at Fox read the entire script or knew Deadpool blows Francis’ brains out at the end. So we shouldn’t give the studio too much credit for the creative success. However, taking the gamble on an R-rated movie, forcing the filmmakers to stick to a very modest budget and then ultimately backing off to let them do their thing is a key part of Deadpool’s winning formula which will be easily overlooked and difficult to replicate. Necessity is, as Reynolds said, often the mother of invention.

The question now becomes: how much money will Fox float Deadpool‘s way for the inevitable sequel? And if given more money will the returning filmmakers remember that some of their original, overly expensive ideas for the first film would have made it worse, not better? It’ll be a tricky balancing act to pull off since sequels, usually by their very definition, are meant to be bigger, and now that the characters have been established they can probably afford, both literally and in terms of storytelling, to add more action scenes. But don’t try to be like all the other comic book movies that are made with seemingly limitless resources.