Ever since Donald Trump became President uncertainty has fallen over country and even the world. Immigrants don’t know if they’re going to be imported. Allies don’t know if their opinions are trusted or even wanted anymore. Various business sectors don’t know what’s going to happen with taxes and health care. Congress has no idea how they’re going to pay for a border wall the country doesn’t need. The doomsday clock has been moved up, and countries are now officially on notice even if no one in the US government other than Trump even knows what the heck being “on notice” means from an operational and policy standpoint.

In the face of all this, Hollywood awards shows have turned into political rallies, making the few Republicans in the room look visibly upset (or just bewildered).

However, for as much as many in the Hollywood community would like to see Trump’s presidency as a galvanizing moment steering them toward more meaningful and compassionate storytelling the truth is that the film industry is a failing business right now and TV viewership is scattered to the wind. 62 million people voted for Trump, and the entertainment industry didn’t see it coming. Does that suggest a somewhat untapped market for more conservative-leaning movies and TV shows?

Mel Gibson and Vince Vaughn, two noted Hollywood Republicans, sure hope so. Wednesday brought word that Gibson and Vaugh, who worked together on Hacksaw Ridge, are set to star in Dragged Across Concrete, a new movie from Bone Tomahawk writer-director S. Craig Zahler. According to Variety, “Gibson and Vaughn will play cops who are suspended when a video of their strong-arm tactics gets wide attention. They then descend into the criminal underworld to exact vengeance.”

As per Fusion, literally everything about this plot synopsis seems horrifyingly tone deaf, pure red meat for the #BlueLivesMatter contingent at a time when police brutality is tearing us apart (is it really on the rise, or are we just more aware of it?). Furthermore, it continues Gibson’s troubling, seemingly career-long preoccupation with persecution complex narratives.

Zahler swears there will be more to it:

Dragged Across Concrete is best suited to my goal of making a heartfelt, surprising, sad, funny, shocking, and memorable world with multiple viewpoints.  As is often the case in my novels and screenplays, the protagonists are in perilous circumstances against which they struggle in different and surprising—though logical—ways.  I am absolutely thrilled to have Mel and Vince agree to play the lead roles.”

There’s no guarantee this movie will ever make it to screen (deals fall apart, schedules conflict, etc.), and if it does it might be more nuanced than we might guess from its “police brutality from the point of view of wrongfully accused cops” synopsis. However, is this a sign of things to come, especially after a year in which Clint Eastwood’s similarly right-leaning Sully and Gibson’s own Hacksaw Ridge were among the very few non-sequel/reboot/comic book hits of the year? WWE’s faith-based film The Resurrection of Gavin Stone (in which a hedonistic Hollywood actor finds Jesus and salvation in small-town America) is already playing in theaters, and there are several more like it on the way the rest of the year, such as The Shack (which already upset some white Christians by casting Octavia Spencer to play God).

Let’s jump back to last weekend. While speaking on behalf of the cast of Stranger Things at the Screen Actors Guild Awards, David Harbour delivered a fiery speech about the power of stories to combat bullies, sending his co-star Wynona Ryder on a rollercoaster ride of emotions as called upon everyone in the room to “go deeper and through our art battle against fear, self-centeredness, and exclusivity of our predominantly narcissistic culture.”

That’s all fine and good, Mr. Harbour, but the people who actually pay for movies and TV shows are quite often conservative businessmen (or corporations) looking to make a profit. Is there a profit in the kind of storytelling your advocating? Or does the industry need to now tailor at least some of its programming to the new reality of Trump’s America? Or is there a way to do both?

This question or some variation on it has been posed to various Hollywood movers and shakers since the election, yielding responses ranging from that’s something we’ll have to explore to we don’t see a need to change what we’re doing to it’s too early to tell. At the Content Media London Summit last month, ABC’s Entertainment president Channing Dungey came down on the side of change, signaling a desire to get away from opulent escapism and back into the homes of the working class:

With our dramas, we have a lot of shows that feature very well-to-do, well-educated people, who are driving very nice cars and living in extremely nice places. There is definitely still room for that, and we absolutely want to continue to tell those stories because wish-fulfillment is a critical part of what we do as entertainers. But in recent history we haven’t paid enough attention to some of the true realities of what life is like for everyday Americans in our dramas.

Somewhat true to Harbour’s words, a shift in programming could simply take the form of going deeper into trying to understand and appeal to working class poor without pandering to them. On the film side, we certainly don’t need another Lions for Lambs (Robert Redford’s star-studded anti-war movie released during George W. Bush’s administration); instead, let’s make more films like Hell or High Water (an engaging cops-and-robbers story which turns a compassion eye toward the damage done by banks to the people of West Texas). 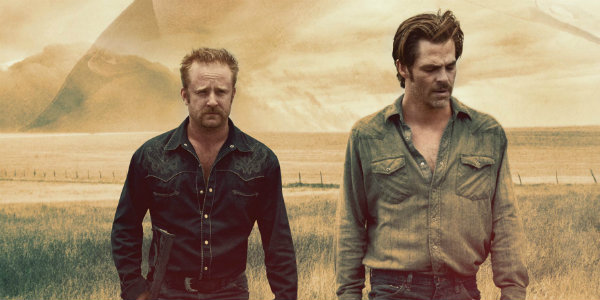 Whatever happens won’t be apparent for quite some time. As Jen Yamato of The Daily Beast told IndieWire, “Filmmaking, at least some filmmaking, will react to the presidency under Donald Trump. But it will take time to see the fruits of anyone’s election wokeness translated into the actual product we see on screens.” Hollywood film and TV execs will continue to do what they do, which is to pursue those avenues which might yield the highest profit, and copy off each other until audiences tire of cheap imitations (as seen in the diminished returns for all the films trying to capitalize on American Sniper’s popularity).

And, truthfully, the future is unlikely to promise more projects like Dragged Across Concrete.  Conservative-leaning films are no more immune to box office failure than more liberal ones (e.g., the colossal failure of last year’s Ben-Hur remake). Instead, the future seems to promise escapism, escapism, escapism (so many cute, talking animals), even as our leaders increasingly resemble comic book villains. Then again, even Michael “America, Fuck Yeah!” Bay is making a movie set in a post-Trump dystopia. So, anything’s possible on either side of the political spectrum.