A Cure for Wellness, director Gore Verbinski’s first film since 2013’s The Lone Ranger, has a big problem: it doesn’t realize how silly it is. A story – Dane DeHaan visits a wellness center which caters to the elite and discovers a conspiracy somehow involving water tainted by mysterious eels – which should play to our B-movie delight instead lurches ever so slowly forward while pursuing its apparent goal to merge a gothic romance with a psychological thriller. The whole thing is building up to a twist you’ll likely have figured out at least an hour before it actually happens, leaving you to spend most of your time appreciating Bojan Brezilli’s capable cinematography and Eve Stewart’s remarkable production design. You’ll also find yourself wishing editors Pete Beaudreau and Lance Pereira had stood up to Verbinski and properly cut this 146 minute slog into something more manageable. 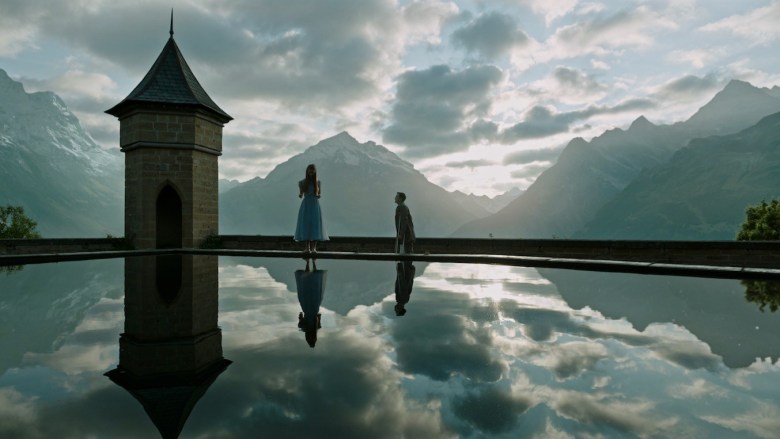 That points to Cure For Wellness’ bigger problem, which is really the same problem which has plagued most of Verbinski’s recent work: self-indulgence.

Like David Fincher and Spike Jonze before him, the Tennesse-born Verbinski (his name might be Polish, but he grew up in America) cut his teeth on music videos before transferring to feature films, hitting big with The Ring in ’02 and Pirates of the Caribbean in ’03. Ever since then, it’s been a mixture of bloated, unpopular blockbusters (Pirates 2 and 3, Lone Ranger), oddball animated fare (Rango) and one polarizing drama (The Weatherman). A Cure for Wellness is only Verbinski’s second ever horror movie, but while he was once perfectly suited to the genre with The Ring he now seems incapable of getting out of his own way.

It’s thus tempting to ponder what a more cash-strapped and inventive-by-necessity Blumhouse Production director could have done with Justin Haytha’s Wellness script, which chiefly aims to exploit the potential horror of a crooked, old-fashioned wellness center, the type broadly mocked in Road to Wellville. There certainly wouldn’t be nearly as many aerial shots of the maze-like structure leading into the wellness center nor would the movie repeat the same basic story beat (i.e., hero tries to prove conspiracy, keeps being thwarted in his efforts) so often that even the villain (played by Jason Isaacs) eventually expresses frustration with the repetitiveness, coming dangerously close at one point to saying, “Again with this shit?” 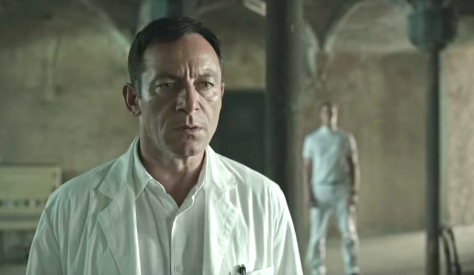 I also imagine a director more suited to the material would have slashed the opening 10-15 minutes and instead opened with DeHaan already on his way to the wellness center. The set-up – he only has a couple of days to retrieve his New York finance firm’s boss and bring him back to calm investors’ worries over a looming merger – could easily be communicated to us through DeHaan’s conversation with the driver or perhaps in the e-mails or text messages he’s hurriedly typing away at in the back seat. Instead, we learn all of that through long scenes of DeHaan at the office engaging in illegal trading and being blackmailed by the board into heading to the wellness center.

But an efficient, serviceable little thriller is not what Verbinski was aiming for with Wellness. Instead, his influences seem to be The Shining and Shutter Island, just without any of Kubrick and Scorsese’s accompanying artistry. At times, Verbinski pulls it off, highlighting the ambient noise of squeaky crutches or especially loud swallowing to effectively heighten tension, and recognizing, as The Amazing Spider-Man 2 did, that DeHaan’s already sickly appearance makes him ideally suited to play someone whose health deteriorates throughout the story. One scene of DeHaan being quickly overtaken by eels while submerged in water in a sensory deprivation tank is a particular triumph, which is likely why it was often used as the centerpiece of the trailers.

However, then the film just keeps spinning its wheels, to the point that you start actively rooting against DeHaan because he’s taking too damn long to put it all together. On the plus side, once the twist finally happens past the two-hour mark (!) you are treated to a better version of a Phantom of the Opera-style lair than even The Phantom of the Opera movie (the Joel Schumacher one) came up with. On the down side, the wait’s absolutely not worth it, and you’re then forced to watch Jason Isaacs relish the smell on his fingers after shoving them up a helpless woman’s vagina. So, that happens.

As Cure For Wellness awkwardly segues from its mind fuck phase (and we never buy for one second the argument that it could all just be DeHaan’s delusions) into gothic horror (centered around Mia Goth’s virginal character Hannah) you start contemplating why you even went to see the movie to begin with. Just watch (or re-watch) the similar, but superior Shutter Island instead. It’s a better use of your time.

A Cure for Wellness is at least 30 minutes too long. You see the twist coming an hour before it happens. There are so many scenes of Dane DeHaan drinking full glasses of water and swallowing quite loudly that you want to punch him in the throat. And there’s some genuine unpleasantness in the rather rapey final act. But, hey, Eve Stewart’s production design is top notch, and the Swiss mountains so often featured in the background are a gorgeous sight to behold.