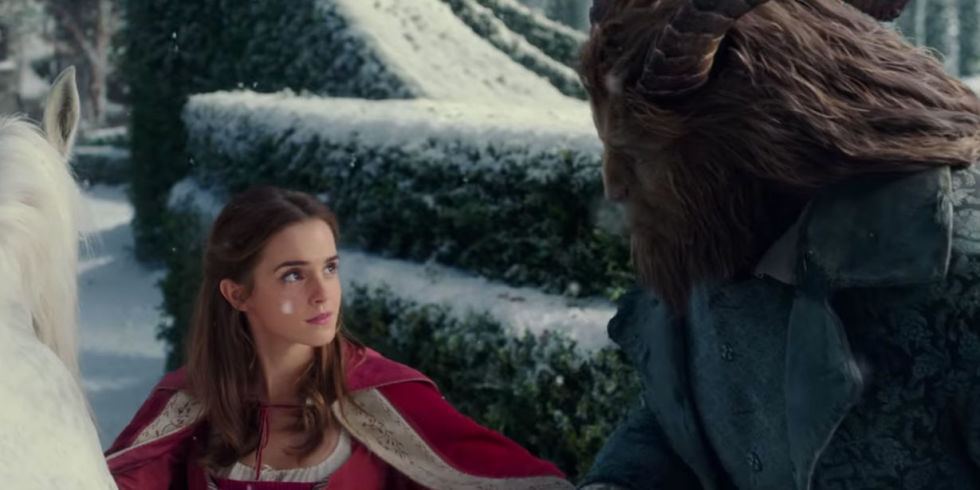 Stockholm Syndrome, wherein someone who has been captured forms a sympathetic emotional bond with their captor, has been the drop the mic criticism leveled against Disney’s Beauty and the Beast for decades now. Fret not over the classic Menken-Ashmore songs and innovative mixture of hand-drawn and computer animation. Who cares how nice it is that Belle’s superpower is empathy and a love for reading. Ignore the amazing voiceover work. The entire film is suspect because, at its core, it is about a woman falling in love with a beast because her delicate mind has given in to Stockholm Syndrome. That is not the kind of thing little girls should grow up normalizing, and now the live action remake is setting up another little generation of Belles for lives of disappointing romantic relationships.

Okay. We’re not saying there aren’t problems with the Belle-Beast relationship; we’re just saying it’s not Stockholm Syndrome. As Durvasula told ScreenJunkies, “The whole idea of Stockholm Syndrome has actually been debunked in the literature. So, the idea of one falling in love with a captor that entire phenomenology has been left by the wayside.”

Go shut the front door! What do you mean it’s been debunked? We always hear Stockholm Syndrome talked about in the media, from way back to Patty Hearst to as recently as Elizabeth Smart and now in relation to Beauty and the Beast since the Emma Watson version is here. Watson actually addressed the Stockholm Syndrome debate directly in an interview with Entertainment Weekly:

“It’s something I really grappled with at the beginning: the Stockholm syndrome question. That’s where a prisoner will take on the characteristics of and fall in love with the captor. She has none of the characteristics of someone with Stockholm syndrome because she keeps her independence; she keeps that freedom of thought. I also think there is a very intentional switch where, in my mind, Belle decides to stay. She’s giving him hell. There is no sense of ‘I need to kill this guy with kindness.’ Or any sense that she deserves this. In fact, she gives as good as she gets. He bangs on the door, she bangs back. There’s this defiance that ‘You think I’m going to come and eat dinner with you and I’m your prisoner – absolutely not.”

Funny thing about that: Stockholm Syndrome doesn’t actually exist. It’s not even so much that it has been completely debunked, as Durvasula says; it’s more that it was never a recognized as an actual psychological phenomenon in the first place. It’s simply the name the media gave to the reaction Swedish bank employees had to their bank robbers in 1973. Jump to the present and Stockholm Syndrome isn’t a listed condition in the DSM-V, and remains little studied in the academic literature. As Emory University clinical psychologist Nadine Kaslow told Business Insider in 2013, “There is very little evidence to sort of validate that Stockholm Syndrome exists.”

Simply Google “Does Stockholm Syndrome exist?” and you’ll find various clinical articles which posit the answer is a definitive “no” as well corresponding arguments for the actual clinical conditions Stockholm Syndrome most resembles, such as Brian Dunning’s 2015 article about complex PTSD.

That doesn’t mean Beauty and the Beast should be let off the hook, though. As Durvasula went on to argue in her ScreenJunkies interview, “What we do have is a dynamic which concerns me because [The Beast] is, in fact, her captor, he is abusive, he is always yelling and running around the castle being quite the grumpy beats, yet she falls in love with him. This idea that her love can rescue him from his anger – that’s one of the reasons I’ve always had so much trouble with Beauty and the Beast.”

Because when the “my love will change him” belief is practiced in reality it often leads to emotionally and/or physically abusive relationships or just a whole lot of time wasted on someone who was never going to change.

Count Duvasula’s daughter as those who regard such analysis as killjoy overthink:

“However, it’s ironic because from the mouth of babes it was my 13-year-old daughter who said, ‘I think you’re being too harsh, mom. It’s really a movie about not judging a book by its cover.’ Here’s the problem – big, hairy ugly guy, you fall in love with him, but he still turns in your garden variety handsome prince. If it really was that kind of ‘I love him no matter what’ he would have stayed big, hairy ugly guy.”

Yeah, but then it’s just full-on bestiality (ha, totally fell into that pun on accident), and that’s just weird.

Duvasula full interview is below: