How meta is too meta?

Digging Up the Marrow – Adam Green’s 2015 faux-documentary/found footage flick about a horror director who finally encounters real literal monsters and can’t get anyone to believe him – puts that question to the test. Everyone other than Ray Wise plays a version of themselves. Adam Green’s own home and production office feature prominently as primary sets. Famous directors and writers like Tom Holland and Mick Garris appear in scenes clearly filmed on the floor of some actual horror convention and others are filmed outside the convention. Multiple, often self-effacing jokes are made about Green’s prior body of work, a resume which includes horror-sitcom hybrid Holliston and the slasher revival franchise Hatchet.

However, when Digging Up the Marrow works so hard to first seem like a documentary about Adam’s day-to-day life and then dovetails into a found footage horror movie about monsters which come out in the woods at night isn’t it a little distracting that the key figure in kickstarting this transformation is played by such a recognizable character actor as Ray Wise?

Meh. That’ll either bother you or it won’t. If you’re already in the bag for Adam’s work you’re likely already familiar with his tendency toward meta. If not, Digging Up the Marrow still works as a reasonably clever found footage flick about two dudes – Green and his ever-present cameraman Will Barrett – who have seen and made too many horror movies to know how to deal with the revelation that there are real, honest-to-goodness monsters in their proverbial backyard.

The plot: a retired, eccentric private investigator named Dekker (Wise, striking the right balance between compelling and off-balance) contacts horror filmmaker Adam Green to convince him that he has uncovered sometimes benevolent, other times aggressive monsters which live in secret underground tunnels. (He calls it “the marrow,” hence the title of the movie.) They only surface at night, and whenever anyone comes too close to discovering them they move to another area in town or perhaps to another state entirely. So, Dekker needs Green to covertly capture them on camera. 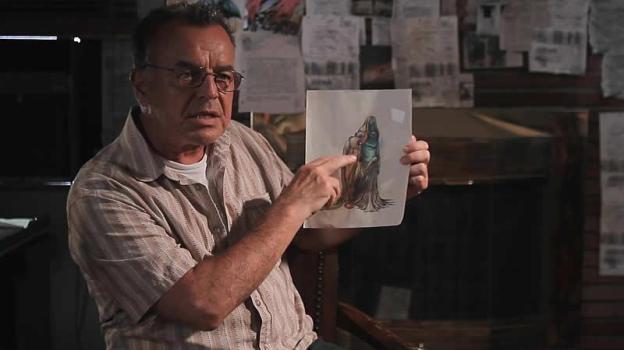 Dekker, as you’d expect, isn’t entirely forthcoming, yet Green senses this and recklessly puts all of his other projects on hold to see where this is going to take him. If nothing else, Dekker’s actual backstory might be worth digging into.

Translation: there’s an awful lot of Green’s friends wishing him off this project because Dekker might be crazy and dangerous and Green firing back that the old guy is clearly crazy, but in an interesting way and by no means dangerous. When Dekker turns out to have apparently been telling the truth about the monsters, Green is the only one who believes it even though they capture an image of the strange little thing on camera. 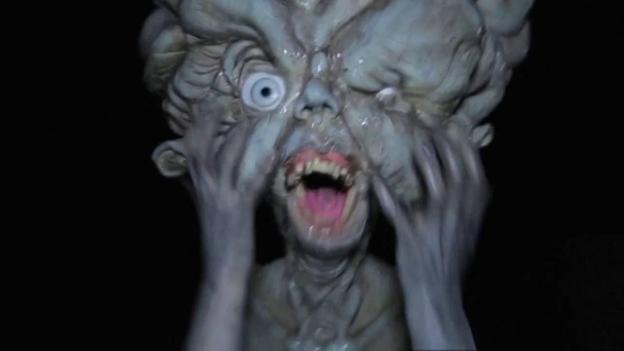 This leads to the scene of the film for me. Green calls in old pal and Hatchet star Kane Hodder to look at the footage, and the rather amiable stuntman-turned-horror-icon watches dutifully and immediately asks who did their fairly impressive make-up and/or prosthetics for the creature. Also, he has one note: “Oh, found footage, because people aren’t sick of that.”

Not even Jason Voorhees is buying this crap.

In the face of such skepticism, Green doesn’t know what to do other than look further into Dekker’s life. What he finds drives the story to a natural, but fun conclusion.

Even if it wasn’t, Digging Up the Marrow feels like a movie Adam Green and his friends made on the side, picking up scenes during downtime at conventions and in-between planning sessions for a new season of Holliston. They also clearly sacrificed a couple of nights to go out into the nearby woods to do their best Blair Witch impression with the assistance of some gnarly props and make-up jobs inspired by the art of Alex Pardee. With Ray Wise aboard and seriously committing to the part of the mysterious, but compelling nutjob screaming “monsters!” the whole thing is actually quite charming. Look what these bunch of horror hounds were able to do in their spare time.

Digging Up the Marrow is currently available to stream on Shudder.