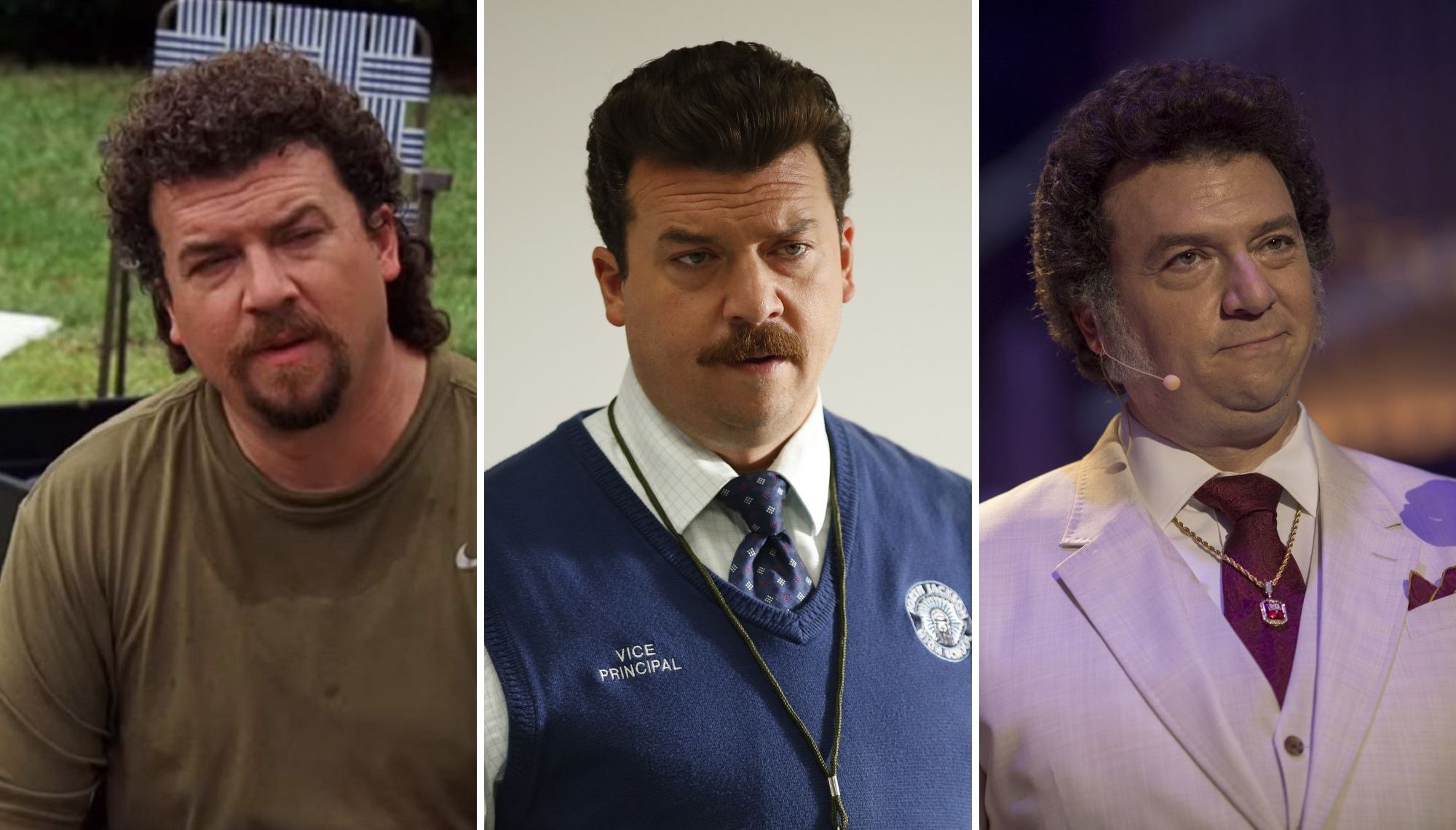 If you’ve seen one loud-mouthed Danny McBride character, you’ve seen them all. HBO has now indulged this brand of comedy across three separate, but wildly similar TV shows. The Righteous Gemstones – the latest entry in this cavalcade of supercharged, exaggerated male bravado – is an evolution on what came before, but only marginally so. It’s crude and possessed of a good idea – megachurches are a useful proxy for the argument that capitalism has wholly corrupted American Christianity – but follows through with impossibly unsubtle execution.

It’s also quite often hilarious. If you’re already in the bag for McBride’s style, you’ll love it.

Danny McBride grew up a Baptist in small-town Virginia. With the aid of some puppet props, his mother actually performed sermons at his childhood church. He later attended college in North Carolina where he met aspiring filmmaker Jody Hill. In 2006, they made The Foot First Way, a black comedy about a delusional Taekwondo instructor in small-town North Carolina. Arrogant and abrasive, the main character – played by McBride – loses just about everything through the course of the movie before refinding his confidence by, spoiler, rejecting a chronically unfaithful wife and challenging and defeating his idol in a Taekwondo competition. In triumph, however, he’s still just a Taekwondo instructor with a dojo in a North Carolina strip mall.

In a way, that’s all you really need to know to understand McBride’s comedy. In the 13 years since The Foot First Way, he has appeared in or voiced a character in around 50 other movies and created three different TV shows – Eastbound & Down, Vice Principals, and The Righteous Gemstones – for HBO, all of them featuring him as the star. However, other than his recent side-gig co-writing Halloween movies he hasn’t changed much since The Foot First Way.

Back then, he was fixated on skewering Southern masculinity, and he’s still doing that today, playing people who have no reason to be as absurdly confident as they are. The character names may change – Kenny Powers (Eastbound & Down), Neal Gamby (Vice Principals), or Jesse Gemstone (The Righteous Gemstones) – but the style of comedy remains the same. He’s always pitching it to an 11 and everyone else in the cast inevitably rises to that level with him. On a Danny McBride show, the choice between simply talking or proudly shouting is no choice at all.

There is an interesting upward trajectory to his characters, though. Kenny Powers is a MLB has-been utterly convinced of his own greatness and inevitable comeback despite having to make due substitute teaching at his old middle school. Neal Gamby is a pathetic divorcee fighting off massive financial debt but completely in love with his job and convinced that his life would be complete if he could get the additional power of becoming principal.

Jesse Gemstone, by contrast, is a spoiled adult rich kid who dresses like if Elvis found Jesus and is such a terrible father that one son ran away and another actively hates him, meaning he can’t even tend to his own flock. His parents hit it big at the dawn of the megachurch movement, partially through his mother’s delightful use of puppet animals (shades of McBride’s own mother). Mom is long since dead, though, and dear dad (John Goodman) now runs the family business with an iron fist, raiding smaller churches like a corporate conglomerate raids Main Street.

Jesse’s siblings – younger brother Kelvin (Adam Devine) and much more capable sister Judy (Edi Patterson) – fight for daddy’s attention and approval. They all live in mansions located on the family compound, and the three men in the family preside over stadium-sized church ceremonies which are more like rock concerts where audiences literally hand over their money during the encore. (Judy – disallowed from being part of the church’s public face since she’s a woman – loudly cheers on from the front row.)

There is no humbling going on here nor is there the obvious comedy of watching delusional people fight over such small stakes as a high school job promotion. No, The Righteous Gemstones is a show about people who, by virtue of which family they were born into, are rich beyond just about anyone’s wildest imagination. The satire comes from chronicling their excesses and reveling in their many hypocrisies. Maybe by the end of the season or in future seasons there will be a Schitt’s Creek-esque turn toward poverty, but for now, McBride is actually playing someone at or near the top of the proverbial mountain.

When the show was first announced, it was pitched as being about an inter-family struggle over who gets to succeed a retiring a televangelist, like a Danny McBride version of Succession. Whether delayed or dropped altogether, there is no real hint of that storyline in the pilot. Instead, the hour-long episode is largely about Jesse leaning on his siblings to figure out how to respond to a blackmail attempt. Some people have a video of him doing drugs and hanging out with prostitutes. They want a million dollars, but they don’t realize Jesse doesn’t have that kind of money since his dad has him on a limited budget. What’s he going to do?

Where the pilot goes with that probably won’t surprise anyone familiar with the comic and often violent excesses of Eastbound & Down and Vice Principals, but I admit it actually caught me off guard. Without going into spoilers, I’ll simply say Jesse somehow manages to make his problem so much worse. Watching him try to dig out of the hole he’s not only buried for himself but also his siblings will likely stretch across the entire season.

It’s a somewhat new arena for McBride, I guess. His supersized characters usually comically contrast with the normal people around him; here, there aren’t any normal people. Everyone we meet is rich, corrupt, and kind of awful. One showcase scene involves a family argument quickly evolving into a food fight. Another involves Jesse and his own version of the Memphis Mafia foolishly trying to jump a small-town preacher who turns out to be a proud Second Amendment supporter.

With such Step Brothers-esque absurd moments as those, The Righteous Gemstones kind of feels like a Will Ferrell movie version of Succession, which is no accident. Back in the day, Ferrell’s longtime creative partner Adam McKay helped produce and distribute The Foot First Way. Now, McKay has broken from Ferrell and charted a new path as the politically-motivated filmmaker behind The Big Short, Vice, and, of course, Succession. McKay’s absurdist comedy/Anchorman days are far behind him. He has something else to say about about the world now.

Similarly, McBride is inching closer to having something new to say about the world. The Righteous Gemstones, after all, is a wildly unflattering depiction of those who drape themselves in, well, righteousness. However, McBride’s comic instincts are still the same. As the pilot episode argues, spoiler, when you can run someone over with a van, why not do it twice? And when you can get HBO to bankroll your comedy about an arrogant asshole, why not do it three times?