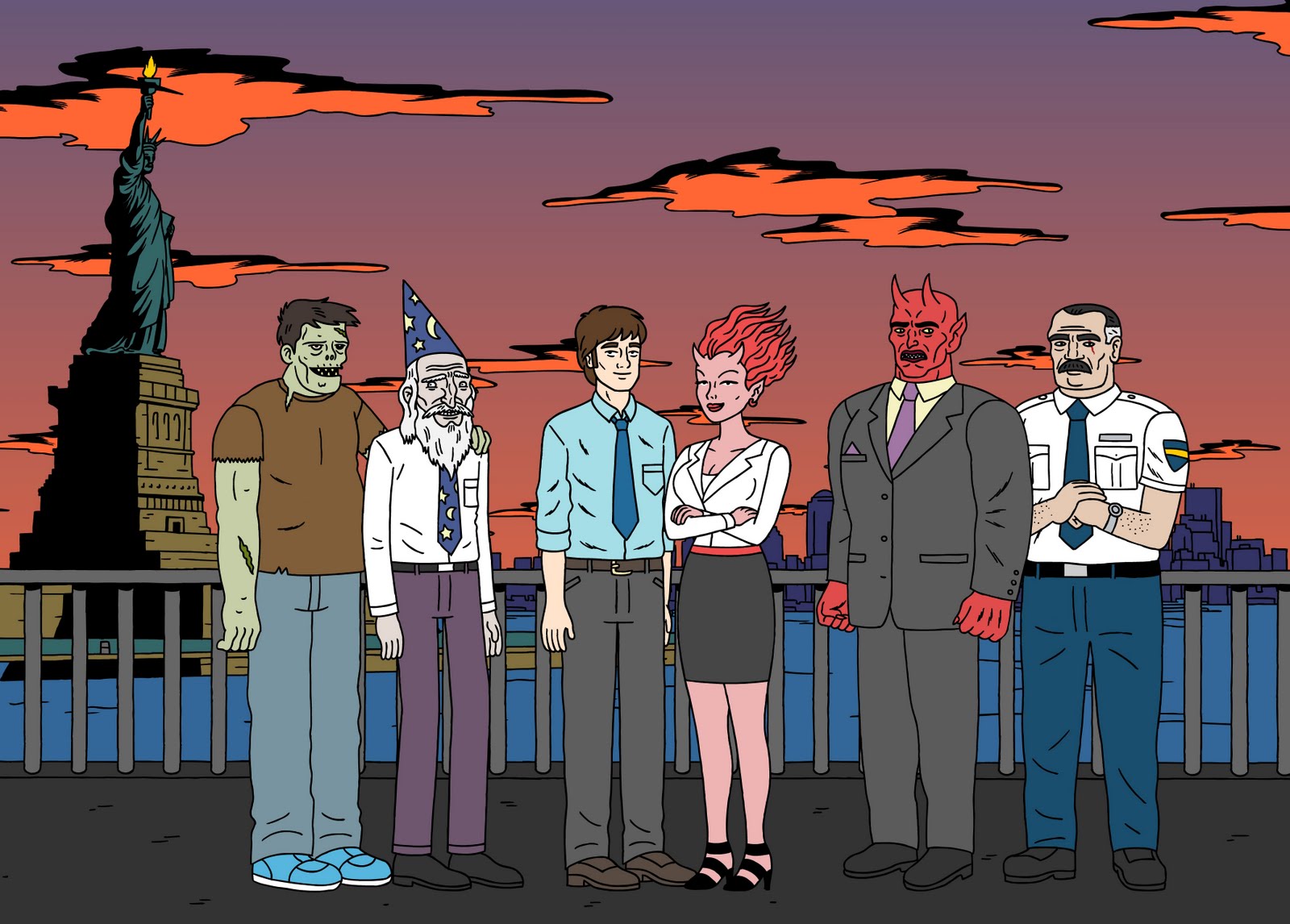 From the department of “holy crap, they hadn’t done that already?”, Comedy Central has officially canceled the animated series Ugly Americans, a show whose last original episode aired on the network 13 months ago.  The Ugly Americans producers announced the news through a following a statement posted to the show’s Facebook page:

“As you might have gathered by now, Comedy Central did not renew us for a 3rd season. The reason this notice is coming so late is that, in spite of lukewarm ratings, the network did everything in their power to keep the show alive by trying to find outside financing. We came very close but unfortunately some legal technicalities kept any deals from going through. We are exploring our options, even ones that don’t include traditional TV episodes, such as original web shorts or even a graphic novel. We love this universe and the characters and we want to keep them alive (or undead) for you in any way we can. We the producers would continue to make the show without a paycheck to ourselves, but unfortunately animation and all the aspects of TV production are rather expensive. “

It is worth noting that Ugly Americans actually began its life as a webseries, or, more accurately, was directly inspired by a webseries entitled 5-On with Alan Whiter.  As such, the mention on the part of the producers of the possibility of future web shorts is possibly not quite the delusional “”tis but a flesh found; we’re not yet dead” plea you might expect if your default setting is cynicism (I know mine is).

For those who don’t know, Ugly Americans is a workplace comedy centered around a beta-male social worker (Mark, voiced by Matt Oberg) who happens to live in an alternate reality version of New York City in which zombies and other such monsters exist and thrive as members of society.  This allowed the show clever spins on familiar set-ups, such as the small-town guy Mark clashing with his obnoxious, big-town roommate (Randall, voiced by Kurt Metzger) except here the roommate is a zombie who is desperate to eat Mark’s brain.  Other clever spins included a washed up colleague of Mark’s who happens to actually be a washed up wizard (Leonard, voiced by Randy Pearlstein) and Mark’s continued misunderstandings of his boss/girlfriend’s (Callie, voiced by Natasha Legger) culture.  In this case, she is a half human/half demon who does things like kill all of her ex-boyfriends and leave them at Mark’s feet.  The workplace portion of the show came from Mark’s job at the Department of Integration, whereat he would be charged with re-integrating various monsters (like King Kong or a riddling troll, to name a few examples) into society.

Ugly Americans first premiered on Comedy Central in March of 2010, and aired a total of 31 episodes across two seasons between 2010 and 2012. It is an absolute shame to see it go.  Though clearly surreal, there was an oddly relatable quality to its view of a big city from a small town kid’s perspective.  And, most importantly, it was usually hilarious.  Luckily, the final episode had an air of finality to it, as if the producers sensed it might be the end.  As such, although there was certainly more stories to be told there was no last minute cliffhanger or dangling plot thread left unresolved.

Ugly Americans now joins Freak Show, The Goode Family, Kid Notorious, and Lil’ Bush as animated shows on Comedy Central which failed to catch on and lasted only a season or two.  There used to be a running joke throughout the 90s about Fox’s inability to launch any of the shows it attempted to pair with The Simpsons, a situation eventually remedied over a decade later by the Seth MacFarlane animation powerhouse and most recently the quietly brilliant Bob’s Burgers.  Well, just as notable in their failure at this point is Comedy Central, a network which struck gold with South Park in 1997 but outside of Drawn Together (which ran for 3 seasons) has yet to produce another long-running animated series.

An example of how the show would often treat topical pop culture, in this case Justin Bieber:

One of Mark’s poor motivation speeches:

And, just because this is another canceled Comedy Central animated show I miss, here is a clip from Kid Notorious:

According to CanIStream.it, Ugly Americans is currently available to stream through Hulu Plus, and individual episodes are available to purchase through Amazon and iTunes.  What do you think?  Had you already kind of assumed the show had been canceled?  If so/not, still sad to see it go?  Let us know in the comments.