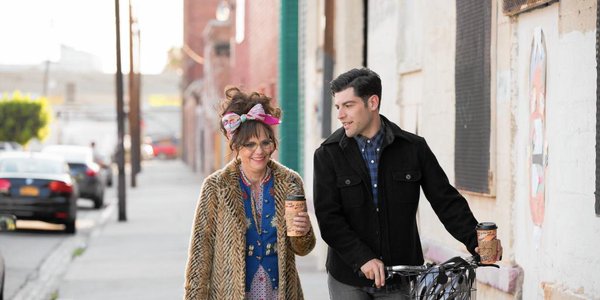 While promoting Hello, My Name is Doris, Sally Field was repeatedly asked the obvious question, and she repeatedly refused to play ball, having comfortably entered the tired-of-playing-nice portion of her career. Yes, her new movie is ostensibly about an older woman aggressively pursuing a potential relationship with a younger man. Even in an age where the leading Republican candidate for President of the United States has had a procession of increasingly younger wives (first Ivana, then Marla, now Melania), an older woman choosing to be with a younger man is still somehow taboo. But, seriously, don’t ask Sally Field if it felt weird playing a woman romancing a man young enough to be her son.

Talk show/podcast hosts like Chris Hardwick, Stephen Colbert and Kim Masters just couldn’t resist, though, and Field repeatedly threw it back in their face. Why ask, she reasoned, an older actress what it felt like kissing a much younger man when you never dream of asking an older actor how he felt about his much younger female co-star? Hey, Tom Cruise, you were legally old enough to drink by the time your latest Mission Impossible love interest was born? What’s up with that, man? Did that weird you out on set at all?

Of course no one asked him about that. The cultural reaction to an older man scoring a younger woman is not to question but instead to high-five. Plus, this is show business, baby. Older dudes trade in for younger girlfriends like their simply new car models. As such, in the context of the industry Sally Field’s called home since Gidget making a movie which depicts the inverse of the Hollywood norm stands out as being especially progressive.

The problem, or if not problem then at least curious truth, is that Hello, My Name is Doris is actually nowhere near as progressive as its easily politicized reputation.

In a very strict sense, the film truly is about a wallflower-type coping with the recent death of her mother by pursuing the hot, new young guy (John Fremont, played by Max Greenfield) in the office who has shown her a little bit of attention. With the help of her best friend’s 13-year-old granddaughter, she performs a bit of light cyberstalking of John and successfully finds some common interests. The two strike up an unlikely friendship, with him completely unaware that whenever she trails off during their conversations it’s because she’s having a sudden daydream about him taking her right then and there as if they were characters in a romance novel. Should there be anything more than friendship in the cards for them is unclear, but Doris will obviously do whatever it takes to push them in that direction.

But that’s not actually what Hello, My Name is Doris is truly about. As Field has said multiple times, “It’s a coming of age story about a woman of age.” Whether Doris ends up in a romantic relationship is not as important as why exactly it is that she’s pursuing the relationship in the first place.

Concurrent to Doris’ romantic quest is a storyline with her brother (Stephen Root) and his much-younger-wife (Wendi McLendon-Covey, 18 years Root’s junior, a fact the film trusts us to pick up on) pestering her to sell their mother’s house and talk to a therapist about her obvious hoarding problem. It is through this ongoing drama that we get a fuller sense of Doris as a person who’s lived a life deferred, acting as a caregiver for an emotionally needy mother and watching with extreme desperation as her brother got the life she never did.

This is arguably the more effective half of the story, and not just because Doris openly weeps at one point thus giving Sally Field an opportunity to remind us that she’s a seemingly supernaturally gifted on-screen crier.

Actually, maybe I’m a little swayed by her crying. Seriously, Field’s performance of Doris emotional breakdown is her clear Oscar-moment, the type of scene they’d play at every awards show but it’d be taken so out-of-context as to seem almost laughable in its unexplained seriousness. But in the actual context of the film, Doris is such a nervous, quiet presence, predisposed to awkward comments and clearly suppressed rage, that when she finally lets out years and years of frustration it’s a startling bit of catharsis.

But the majority of the screentime is devoted to Doris’ new friendship with John, and the way she is surprisingly welcomed into his social circle, broadly painting the New York City underground art scene as consisting entirely of remarkably welcoming, kindhearted, extremely liberal people. Few if any of them ever even comment on Doris’ age, and through party montages, we see person after person opening up about their lives to her. 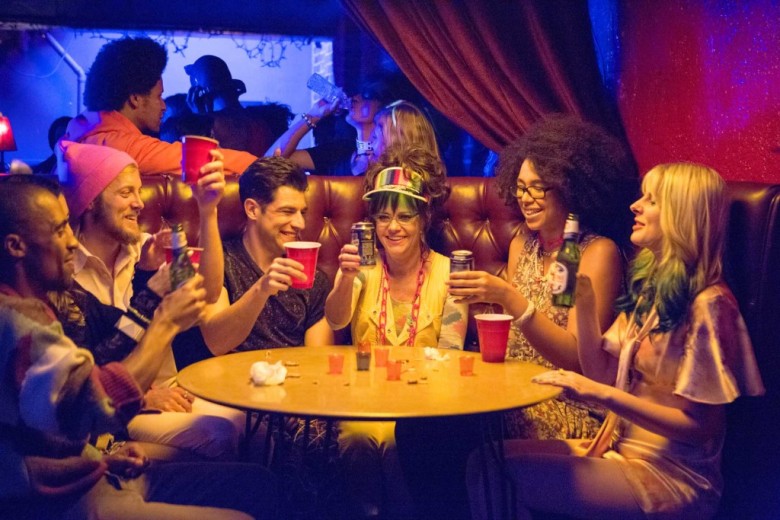 It does beg the question, though, of how anyone was truly carrying on a conversation with her because for the majority of the film Doris is presented as so painfully shy that you imagine her side of every conversation would mostly be one-word or one-sentence replies, if not just awkward muttering under her breath. To some degree, you suspect that her best friend (played by Tyne Daly) might be right in arguing that everyone’s being so nice to her because they’re treating her like an art project, a kooky, older woman from Staten Island whose vintage clothes are only vintage because she legitimately bought them back in the 60s and 70s. However, the idea seems to be that unlike younger people Doris actually knows how to listen and isn’t preoccupied with checking her smartphone every couple of minutes, which makes her all the more appealing.

There is a slight My Best Friend’s Wedding problem where some of the things Doris does while engineering the rom-com that’s playing out in her mind renders her a tad unlikable, and at times Field’s extreme nervousness seems overly affected. However, there is an inherent humor to much of it as well, particularly one sequence where director Michael Showalter uses clever editing and music choices to reveal how Doris getting John to like her Facebook profile is a monumental achievement for her but a mindless, nothing moment for him.

[SPOILER WARNING – I’M ABOUT TO TALK ABOUT THE ENDING]

In the end, though, Hello, My Name is Doris is only ever willing to walk right up to the edge of its subject, leaving it up to the audience to decide what they think happens with John and Doris and whether anything actually should happen with them. It’s an interesting choice on Showalter and screenwriter Laura Teruso’s part. It might initially smack of cowardice. Perhaps they were too afraid to take a stance and actually end their movie with the older woman getting the younger man, only subjecting the audience to the sight of Max Greenfield and Sally Field passionately making out in a final fantasy sequence. But it’s also a choice which more directly reflects what this movie is about.

Doris’ courtship of John matters for the way it helps her find her confidence and finally embrace life. Whether they ever go on an actual date is beside the point. Looking back at the large library of movies about guys changed for the better by their relationship with the hot girl ((500) Days of Summer immediately comes to mind) it’s nice that Hello, My Name Is Doris is doing its part to even the balance, even if in this case the central relationship never definitively rises above friendship.

Sally Field said it best: Hello, My Name is Doris is a “coming of age story about a woman of age” that just happens to devote much of its time to a potential older female/younger male romance. If the romance was all it had going on, its various quirks would eventually annoy rather than amuse, but the wider story of why exactly Doris is the way she is reveals unexpected rewards. Plus, you get to see Sally Field cry dramatically. That’s always a plus.

81% – “Hello, My Name Is Doris is immeasurably elevated by Sally Field’s remarkable performance in the title role, which overpowers a surfeit of stereotypical indie quirk. “