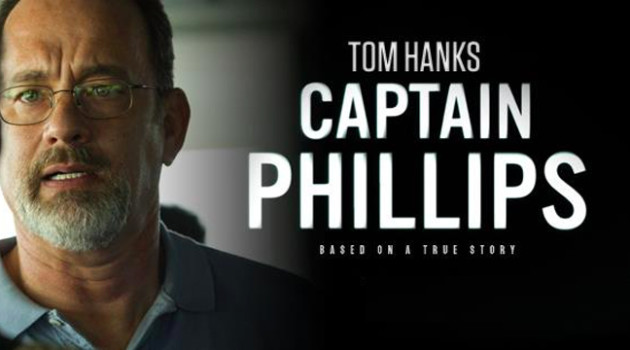 So, here’s what happened this weekend at the domestic box office: Gravity had one of the best non-Holiday second week holds in history, Captain Phillips is among star Tom Hanks’ biggest openings in a decade, and Machete Kills proved stunt-casting can only get you so far (thank God the budget was probably pretty reasonable). 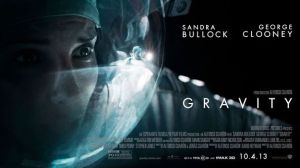 Foreign: $28 million from 38 foreign territories this weekend for a new total foreign gross of $68 million for a  worldwide total of $191.4 million.

In its second weekend, Gravity only dipped 21%, the best non-Holiday second week hold for a movie to have opened with more than $50 million.  There are so many qualifiers in that record that it is rendered pretty much meaningless.  So, let’s just say that it’s ridiculously rare for a movie to open this big and drop off this little.  Moreover, the $9 million of its weekend gross from IMAX is the second-highest showing for the second weekend of a film playing at IMAX theaters.  This is not a fair comparison since there are so many more IMAX theaters than there used to be, though.  Maybe more impressive (and a sure sign that Warner Bros.’ marketing did its job) is that the share of weekend gross attributable to 3D ticket sales actually increased to 82% from last weekend’s already-impressive 80%.  So, basically, this movie is just a huge bomb, right?

Foreign: Opened in 9 overseas territories, including Hong Kong.  There is no estimate as to performance in those territories at the time of this writing.

I guess you can’t count out Tom Hanks just yet who had been on a real box office cold streak after Cloud Atlas, Extremely Loud & Incredibly Close, and Larry Crowne.  In fact, if you take away his Ron Howard-directed Dan Brown novel adaptations (The Da Vinci Code, Angels & Demons) Hanks hasn’t had a live action movie open with more than $20 million since Catch Me If You Can debuted with $30 million in 2003.  Clearly, Sony’s aggressive “this is a big, important movie that also happens to be crazily entertaining ala the Bourne franchise” marketing and strong film festival word-of-mouth did the trick, not to mention last Saturday’s limited preview screenings.

3. Cloudy With a Chance of Meatballs 2

Foreign: $9.1 million from 12 territories (most notably Mexico and Brazil) this weekend for a new total foreign gross of $21.4 million and worldwide gross of $99.4 million.

Foreign: Currently playing in 15 foreign territories, most notably the U.K., Brazil, and France.  There is no estimate as to performance in those territories at the time of this writing.

Maybe it was never a good idea to convert a trailer homage to grimey B movies into a film franchise.  Sure, the first Machete didn’t perform all that poorly, pulling in $44 million worldwide on a $10.5 million budget.  The sequel?  Well, it bombed enough that it holds the unfortunate distinction of having the eighth worst opening of all films to have opened on more than 2,500 screens since 1982.  Of course, that’s not necessarily a fault of the film but more owing to whoever it was at the studio who thought Machete was a “let’s open it on more than 2,500 screens because the kids of America love themselves some Danny Trejo” type of franchise.

Wow.  Honestly, a 50% drop in its second weekend is way better than expected after its soft opening weekend, dreadful reviews, and incredibly negative word of mouth as indicated by C grade on Cinemascore.

Foreign: Currently playing in 25 foreign territories, with releases in Brazil and Hong Kong just around the corner.  $22.6 million total foreign gross to date for a combined worldwide total gross of $76.2 million.

Finally, Prisoners managed to stop the bleeding for one week, and hold on to most of its audience (only a 36% drop) after dropping nearly 50% every weekend since its release.  With releases in several major foreign markets still on the horizon, it will certainly end up doubling its budget in worldwide gross although not by a whole lot.  The studio will most likely make their money on home video, with fingers crossed for acting nominations during film awards season to renew interest in the film.

Foreign: $26.4 million total foreign gross to date from 20 territories (with many more scheduled additional foreign openings in the coming weeks) for a combined worldwide total gross of $104.9 million.

The strange thing here is that with Insidious: Chapter 2 having actually moved up the charts from #8 to #7 this week you would have expected it to have made more money this weekend due to a “it’s a horror film during the month of Halloween” reasons.  Nope.  It continued its soft decline, losing just over 30% of its audience.  The reasons it jumped up a spot is due to the plummeting business of Rush, Don Jon, and Baggage Claim.

Foreign: Now playing in 40 foreign territories, after having expanded to China this weekend.  $47.5 million total foreign gross to date for a combined worldwide total gross of $69.7 million.

Not surprisingly, domestic audiences have largely ignored Rush, a film dramatizing the infamous real life story of two legendary F1 car racers.  It dropped another 47% in its third  weekend in wide release.  For American audiences, if is not animated and/or doesn’t star Vin Diesel car movies are a no-go.  Foreign audiences haven’t exactly turned Rush into a surefire hit either.  It’s all a shame because the word is that Rush is actually a pretty good movie.

This looks like a colossal blunder on distributor Relativity Media’s part who are thought to have invested around $29 million in combined purchasing fees and marketing for the independently produced Don Jon.   However, given the film’s heavy sexual content and uncomfortable subject matter (i.e., porn addiction) it was never going to become the sleeper hit some desperately hoped.  It has arguably only made as much as it has because Relativity’s intense marketing and star/director/writer Joseph Gordon-Levitt’s relentless promotion lead to total gross wherein nearly half came from the opening weekend.  For their part, Relativity maintains a public front of confidence, arguing that their business model is more complex than mere box office numbers can capture.  I sure hope so.

Foreign: Opened in the U.K./Ireland and France this weekend.  There is no estimate as to performance over there at the time of this writing.

Still on track for that predicted $20 million or so domestic gross.

Enough Said and Pulling the Strings all left the top 10 a week after entering  it for the first time.  They both still have top 5 per-screen averages, but are playing on the fewest overall screens of any films in the top 15 by at least 400 screens.  Pulling the Strings is certainly not going to replicate Instructions Not Included‘s impressive business for a Spanish-language film, dropping over 50% in its second weekend.  Hybrid concert film Metallica Through the Never dropped 10 spots from #16 to #26, and has now only grossed a little over $3 million on a $18 million budget.  This is one concert film arguably two decades too late in terms of Metallica’s popularity, and was horribly timed considering it is designed to be shown in IMAX but came out when Gravity was gobbling up IMAX screens everywhere.

There are two movies opening in limited release (Kill Your Darlings, All Is Lost), and three opening in wide release (Carrie, Escape Plan, The Fifth Estate).  It’s about to get very crowded out there, although the safe money is on Carrie enjoying a big opening due to its status as the only new horror movie receiving a wide release this close to Halloween.