Here’s what happened at the domestic box office this weekend: If I Stay catered entirely to young females just like Fault In Our Stars, but couldn’t translate that to anything as remotely impressive as Fault‘s ginormous opening weekend in June.  When the Game Stands Tall performed somewhat admirably for low-budget, faith-based affair, which is sadly more than we can say for Sin City: A Dame to Kill For, which bombed quite spectacularly.  Elsewhere, Guardians leapfrogged the Turtles to reclaim the top spot, and became the highest grossing film of the summer in the process.  Let’s do the numbers:

1. Guardians of the Galaxy 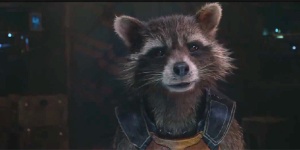 It sure sounds cool to say that Guardians of the Galaxy is now the highest grossing film of the summer in the US/Canada, securing Marvel a rather improbable victory over the much-maligned Michael Bay and Transformers 4.  However, any Debbie Downer will point out that while Transformers 4 did top out at $243m domestically its worldwide tally is now up to just over $1 billion, making it the 12th biggest film of all time (pre-inflation adjustment).  Yeah, um, Guardians‘ worldwide total isn’t even halfway there yet, although it still has Japan and China on the way.

Then again, Transformers did what it was supposed to (reach $1 billion worldwide) whereas Guardians has pretty much massively over-performed.  It’s now the biggest film of summer 2014 (a somewhat dubious honor, given how down the summer has been), and is set to soon pass The Lego Movie ($257m) and Captain America: The Winter Soldier ($259m) to become the biggest film of the year. 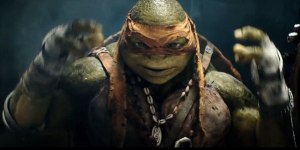 Teenage Mutant Ninja Turtles was supposed to bomb.  That didn’t happen.  It was supposed to plummet in its second weekend (because screw that movie, that’s why).  It didn’t happen.  It even held off If I Stay here in its third weekend, albeit while getting leapfrogged by Guardians.   Sadly, everything about TMNT, including the fact that it already has a sequel announced and dated for June 2016 and remains one of the few summer 2014 films to repeat at #1 in the top 10, screams hit.

But is it really that big of a hit?  Um, yes.  The only reason you’d ask is because when you look at its foreign/worldwide gross you notice that it has yet to actually double its production budget, which is the traditional point at which most movies are thought to have broken even.  However, head over to its IMDB release schedule, and you’ll see that TMNT still has foreign debuts scheduled through December, with big markets like South Korea, France, UK, and Japan all awaiting their time with the turtles in a half shell.  So, it still has plenty of money coming its way.

3. If I Stay (Opening Weekend) 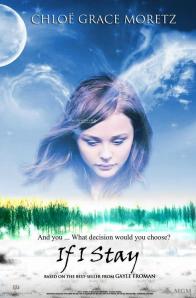 f I Stay stars Chloe Grace Moretz as a 17-year-old girl who goes through an out-of-body experience after a car accident leaves her in a coma.  The story is adapted from Gayle Forman’s 2009 young-adult novel, and the film has been looked at as the big test of whether or not The Fault In Our Stars was a fluke or if the wave of YA-film future is less-dystopia and vampires, more sad, dying kids.  It’s hard to say if this opening of just over $16 million really answers that, especially since pre-release tracking had pegged If I Stay to open with at least $20 million.  However, this was made on essentially a micro-budget, and this opening is big enough that they’ll have likely doubled their budget before we even make it to next weekend.

Really, If I Stay kind of did The Fault in Our Stars thing (playing almost exclusively to teenage girls) on a much smaller scale.  Fault‘s opening audience was 82% female, and 79% under the age of 25 whereas If I Stay‘s was 71% female, 61% under the age of 25.  Those gender/age splits for If I Stay are roughly in line with how all of the Twilight sequels performed except those films obviously sold way more tickets. 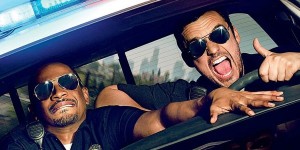 Two guys pretend to be cops, hilarity ensues.  A premise that simple is an advertiser’s dream, and the people at Fox played that card quite beautifully, embracing younger audiences with a Twitter-centric ad campaign.  And then Ferguson, Missouri happened, and it suddenly seemed in bad taste to laugh at pretend cops abusing their pretend power.  However, that didn’t seem to so much matter to the bottom line, as Let’s Be Cops opened above expectations last weekend.  Now, it has declined under 40% in it second weekend, producing a total domestic gross nearly three times the size of its budget in the process.

When The Game Stands Tall is an inspiration football movie dramatizing the real life story of the 151-game 1992–2003 winning streak by De La Salle High School of Concord, California.  It comes from Sony’s faith-based label Affirm, and came into this weekend so relatively under the radar that this modest debut is being seen as a bit of a victory especially considering the film’s equally modest budget. 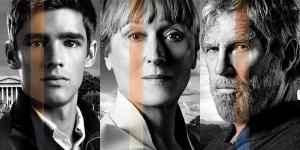 Jeff Bridges first approached The Giver as a film he could star in with his father Lloyd.  Um, Lloyd Bridges has been dead since 1998.  That should give you some sense of how long Jeff has been working to make this film happen, but so far they’ve gotten less Divergent ($150m domestic) out of it and more The Host ($26m) and Mortal Instruments ($31m).  However, they kept their budget so low that there’s not nearly as much at risk here as there was for Mortal Instruments, which did almost identical business to Giver across this same time period last summer but cost $35m more to make. 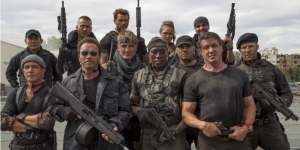 Bam, bam, and bam.  Those are your three bullet points in any conversation as to exactly why Expendables 3 has so massively under-performed, opening $10 million below expectations last weekend and declining just over 58% this weekend.  You simply can’t actually prove what kind of an effect piracy has had (the movie leaked in DVD-quality format a month ago), although the safe conclusion is that it can be blamed for some but not all of this downturn.  It’s also difficult to say that the poor performances of similarly PG-13 rated 80s nostalgia fests like the Total Recall and RoboCop remakes definitely means that this PG-13 rating for Expendables 3 was a box office killer.  Do audiences seriously refuse to see these movies because they’ve been tamed and made dull by PG-13?  Probably, but not enough to explain all of this.  Are people already sick of this franchise?  Probably; these movies are gimmicks (throw a bunch of action stars, old and new, together in a team-up), and the novelty wore off rather quickly.

8. Sin City: A Dame to Kill For (Opening Weekend) 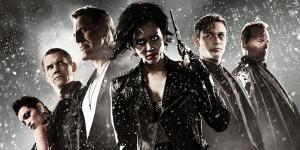 The first Sin City dropped way back in 2005, and the box office history of sequels with such long gaps is not kind.  Plus, the first Sin City gained so much notoriety for its unique visual flair it may now seem to us like it was a bigger hit than it actually was, posting an unadjusted domestic/worldwide split of $74m/$158m against a $40m production budget.  Even at current ticket prices, it still would have fallen just short ($94m) of $100m.  The sequel, A Dame to Kill For, was expected to debut with around $14m, which was seen as a disappointment considering that the first Sin City jumped out of the gates with $29m (like $37m at current ticket prices).  Yeah, they would have killed to have settled for being disappointing because this sub-$7 million debut they actually posted is devastating.  This is clear box office bomb territory, and the fact that they’re not really telling us how much this cost to make (my listed budget is an estimate from THR) is not a good sign.

Why did this happen?  It’s mostly going to be blamed on time.  9 years is simply too long to wait for a sequel.  Heck, the first Sin City was the big comeback of Mickey Rourke’s career, and by the time the sequel has arrived he’s already in need of another comeback.  The sequel also catches director Robert Rodriquez on the downturn with recent disappointing box office for Machete Kills and Spy Kids: All the Time in the World.  The counter-argument is that the 300 sequel (Rise of an Empire) took 7 years to arrive, and it seemed to do perfectly fine ($106m/$331m domestic/worldwide).  However, the first 300 was a far bigger hit ($210m/$456m domestic/worldwide) than the first Sin City, and although Rise of an Empire likely turned a healthy profit its performance was fairly disappointing considering that it had the benefit of 3D/IMAX inflation when the first 300 did not.

Plus, it doesn’t help that outside of the 300 films Sin City‘s innovative green screen trickery has not caught on at the box office, with a similar title like Frank Miller’s The Spirit doing a rather poor $19m/$39m domestic/worldwide in 2008.

A Dame to Kill For is d.o.a., destined to be a mere footnote in the filmography for all involved parties, and likely more remembered for having controversial, Eva Green nipple revealing posters which had to be taken down.  Dame to Kill‘s opening demos were 64% male, 78% under the age of 25, and young male-driven films tend to plummet big time after their openings.  So, yeah, there is going to be no salvation for this film unless it seriously, seriously overperforms overseas. 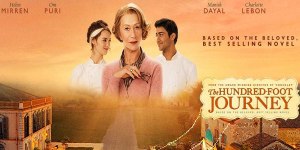 Movies that skew older tend to have longer tails because old people can’t be bothered to rush out and see something in its first 3 days, dang nabbit.  However, while Hundred-Foot Journey has posted some strong holds we are now in its third weekend, and it’s almost out of the top 10, although to be fair it is playing in around 1,000 fewer theaters than most other top 10 entries.  Among recent older-skewering releases, it’s currently playing ahead of Million Dollar Arm  but behind Jersey Boys, which ended their domestic runs with $36m and $46m respectively (neither film added much internationally).

Lucy (#8 to #11), Hercules (#10 to #17), and Step Up All In (#9 to #18).  A lot of us thought that Hercules would make up for its meager domestic biz overseas, but that hasn’t really happened, leaving it with $160 million worldwide on a $100m production budget with few major markets left.   Lucy, on the other hand, is only just now beginning its big foreign push, and the result is $103m internationally to go along with $113m domestically.  That’s a fantastic return on investment for something with a $40m production budget and likely minimal prints/advertising costs.

The last weekend of the summer box office seems likely to go out with a bit of whimper with The November Man (8/27) and As Above/So Below (8/29) as well as a couple of others in limited release (Cantinflas, The Congress, The Notebook).