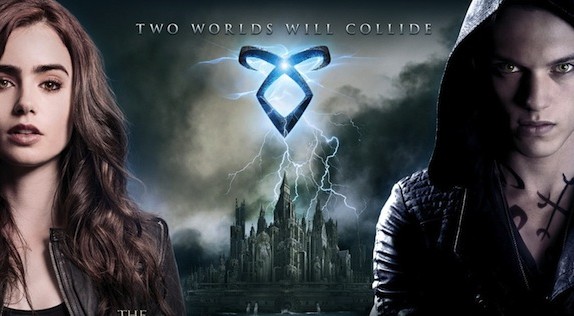 Each time that the TV industry starts prepping for its forthcoming pilot season you can usually start noticing trends in the types of shows being developed. There might something odd, like a sudden handful of shows all focusing on extramarital affairs (The Affair, Satisfaction), but often times it has an obvious internal logic: Oh, they’re all just ripping each other off. The success of shows like Survivor, Friends, ER, NYPD Blue, The Cosby Show, Seinfeld, and Lost over the years has inevitably led to a wave of lesser pretenders, many of which never even made it past the pilot stage. Well, there is no one show really inspiring the latest trend: movie remakes, old TV show reboots, and foreign adaptations. It’s simply the trickle-down effect of the major film studios’ risk-adverse strategies now infecting their cousins in TV.

I, of course, actually wrote about this trend last week, but in the mere days since then a handful of additional remakes, reboots, and adaptations have been announced. I’ve honestly begun to lose track, which isn’t really that big of a deal since very, very few of the shows we’ve been hearing about are anything more than “something [insert name of network/studio] is currently developing.” David Lynch’s Twin Peaks continuation is definitely going to make it to air – everything beyond that is a bit more of a crapshoot. However, just so we’re all on the same page here….

The Movies Currently Being Turned Into TV Shows

Minority Report – Not a straight re-make of the film, but instead some kind of sequel.  It has officially received an order for a pilot

In The Heat of the Night

She’s Gotta Have It

Cloudy with a Chance of Meatballs

Mortal Instruments – They really, really wanted to make a sequel, but clearly they saw fiscal logic, pursuing a TV adaptation instead.

The TV Shows Being Revived

Charmed – According to Variety, “CBS is trying a new spin on the WB Network fantasy soaper (which ran from 1998 to 2006) about three sisters with supernatural powers.”

The Odd Couple – This was a film, then a TV show, then a sequel to the original film with no connection to the show, and now it’s a new show with a new cast, Matthew Perry and Thomas Lennon.  It will debut in the current TV season.

Twilight Zone – From Variety: CBS is re-entering the dimension of sight and sound expertly crafted on its air from 1959-64 by the inimitable Rod Serling.

Tales from the Crypt – From Variety: George Romero’s 1984 syndicated horror anthology series may live again on the CW

Remington Steele – From Variety: “NBC wants to rekindle the old spark with a show revolving around the daughter of the detective couple (played by Pierce Brosnan and Stephanie Zimbalist) at the center of the original series that ran from 1982-87”

Twin Peaks -A 9 episode season will air on Showtime sometime in 2015, with original creators David Lynch and Mark Frost involved.  Nothing concrete is known beyond that.

Bewitched – From Deadline: “On the 50th anniversary of its debut, classic TV sitcom Bewitched is eyeing a comeback. I’ve learned that Sony Pictures TV is shopping a new version of the supernatural comedy, which ran on ABC from 1964 to 1972. I hear there is already interest from multiple networks in the modern-day take, which is being penned by The Vow writers Abby Kohn and Marc Silverstein”

Full House – From Variety: “Warner Bros. TV is looking at a reboot of the 1987-95 “TGIF” comedy that made stars of Bob Saget, John Stamos and the Olsen twins. No doubt this is inspired by Disney Channel’s recent success with its Girl Meets World sequel to ABC’s Boy Meets World.”

The Hollywood Reporter recently ran a brief reaction piece to this flurry of reboots and remakes, pointing out the tricky legal ground we’re talking about here. For example, when Cameron Crowe took to Twitter to veto a Say Anything TV show he leveraged the public to kill that project in its extreme infancy, but he probably didn’t actually have any legal ground to stop 20th Century Fox from doing whatever they wanted with the property. As the screenwriter of the film, he probably doesn’t actually own the remake rights just as Joss Whedon couldn’t legally stop rights holders Fran Rubel Kazui and Kaz Kazui from pursuing a Buffy the Vampire Slayer film reboot a couple of years. He could, however, completely kill public support for such a project. That now puts NBC into an interesting position since the families of John Hughes and John Candy haven’t exactly been quiet about how little they care for the idea of a new Uncle Buck TV show.

The pull-quotes from THR’s piece, though, comes from two of the people directly involved in these potential new shows. Universal Television’s Executive Vice President Bela Bajaria likened her strategy to her film counterparts reliance on sequels and reboots, arguing, “Everyone is trying to cut through the clutter, and a well-known ‘brand’ or title is perceived to help that.”

When you have 300 scripted shows on many different networks, to have a presold title helps so much for marketing. And in a risk-averse environment-for any of these networks-a title is a proven commodity.