Guardians of Peace’s hack of Sony Pictures has finally revealed top-secret information about what the studio is thinking about doing with Spider-Man going forward.  As of October 30, 2014, Sony’s top brass, Doug Belgrad and Amy Pascal, were exchanging emails discussing the possibility of co-producing a new Spider-Man trilogy with Marvel Studios, with the latter very eager to be able to include Spider-Man in Captain America: Civil War. Different emails between Pascal and Jeff Robinov implied that unless Sony decides to partner with Marvel they believe they’re running out of options, although LEGO Movies’ Phil Lord and Chris Miller are prepping some kind of animated Spider-Man project for the studio. The Wall Street Journal reported that the Marvel/Sony talks eventually broke down over who would get creative control over the new films, and that Sony was planning a big meeting in January to figure out their Spider-Man mess. Latino Review later clarified that the deal which had been discussed would have been a 60/40 co-production between Marvel and Sony, with Marvel attaining creative control of the franchise. Furthermore, Latino Review explained that a deal between the two sides is still very possible, but the first thing Marvel Studios wants to do is completely ignore any of the other Spider-Man films. That would mean telling Andrew Garfield to take a hike, bugger off back to Comic-Con where he can wear his homemade Spider-Man costume all he wants. That’ll be the only time he dresses up as Spider-Man ever again.

But, wait, I kind of liked The Amazing Spider-Man 2.

Well, that’s a straight up lie. I actively hated large portions of The Amazing Spider-Man 2. Why doesn’t Sony realize that no one cares about Spider-Man’s parents? However, I do actually know people who really liked the movie. In fact, the first words out of my best friend’s mouth after she saw Amazing Spider-Man 2 were, “I loved every single minute of it.” Of course, that turned out to be a pretty big exaggeration, but she’ll still argue to this day that Amazing Spider-Man 2 is not only far better than its reputation would lead you to believe but it’s also arguably the third best Spider-Man film of all time, trailing only the first Amazing Spider-Man and Sam Raimi’s Spider-Man 2. 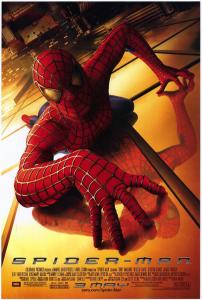 I’d naturally love to argue with her about that, but when was the last time you actually watched the first Sam Raimi Spider-Man? I made the mistake of doing that over the summer when ASM2 came out. It has not aged well, as covered to death in the following (overly snarky) 11-minute YouTube video:

In general, there are actually things about The Amazing Spider-Man films that are arguably superior to the Sam Raimi Trilogy, such as a Spider-Man whose quips feel natural instead of forced, with such dialogue far more believable from Andrew Garfield than it was with Tobey Maguire’s zen-nerd version of the character, a more nuanced depiction of the life of a teenager, more seemingly age-appropriate actors playing Uncle Ben and Aunt May, and, most importantly, better romance and chemistry between its two leads. In fact, the thing this franchise had going for it which made it unique not just in comparison to the earlier films but also any other current comic book film franchise was the chemistry between Andrew Garfield and Emma Stone.

Well, barring some crazy clone, time travel, long lost twin-sister, or very Vertigo-esque idea (What if Emma Stone died her hair red again and played Mary Jane?) the franchise is down to just Andrew Garfield after killing off Gwen Stacey in ASM2. Now, if Latino Review is to be believed the franchise may actually be completely dead. Marvel Studios is better at making comic book movies than Sony is, and the best option for a great Spider-Man movie to get made is to let Marvel Studios do all the heavy lifting. However, is going nuclear like this really the best option? Is the Amazing Spider-Man film franchise so creatively and financially stalled that tearing it all up and starting over is the only good idea they have?  Are they even going to discuss doing Miles Morales? 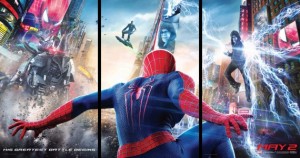 Of course, we’ve been hearing rumblings for months now that Garfield’s time as Peter Parker may be over. BadAssDigest previously reported it had heard Sony was thinking about dropping Garfield and re-casting the role of Spider-Man, introducing the new guy in a small role in The Sinister Six spin-off film Drew Goddard (Cabin in the Woods) is shepherding. This would effectively turn Sinister Six into a soft reboot of the franchise. While it was unclear why exactly Garfield was on the chopping block the fact that he (probably fairly) threw the studio under the bus when discussing ASM2’s failings at this year’s Toronto Film Festival couldn’t have helped:

“For me, I read the script that Alex [Kurtzman] and Bob [Orci] wrote, and I genuinely loved it. There was this thread running through it. I think what happened was, through the pre-production, production, and post-production, when you have something that works as a whole, and then you start removing portions of it—because there was even more of it than was in the final cut, and everything was related. Once you start removing things and saying, ‘No, that doesn’t work,’ then the thread is broken, and it’s hard to go with the flow of the story. Certain people at the studio had problems with certain parts of it, and ultimately the studio is the final say in those movies because they’re the tentpoles, so you have to answer to those people.”

This was the first time someone from the Amazing Spider-Man films had so directly addressed the long-standing fan theory that the true problem with both Amazing Spider-Man and Amazing Spider-Man 2 has been excessive meddling from the studio, with the signs of such interference present from the very beginning. So, for as much as director Marc Webb might deserve blame he might also deserve sympathy as it’s highly likely that he has yet to get to make the Spider-Man film he truly wanted to. Then again, you might re-think that level of leniency after you listen to his commentary on The Amazing Spider-Man 2 Blu-Ray. Well, I can’t claim to have listened to the commentary, as summarized by Forbes’ Scott Mendelson:

When you listen to the filmmakers’ commentary on the blu ray you realize that the core narrative flaw of the second Amazing Spider-Man film was the choice to kill Emma Stone’s Gwen Stacy. They made that call at the beginning and then basically wrote the film backwards to justify that sequence both narratively (bringing in the Green Goblin in the name of source fidelity, offering a secondary villain in the form of Electro in order to have action sequences prior to Osbourne’s transformation) and thematically (going hilariously out of its way to absolve Peter of any responsibility in his girlfriend’s violent murder). The idea that the film was a backdoor pilot to a Sinister Six type film, or that it suffered from villain overload, was more about the marketing than the actual final product.

Yet even with all that The Amazing Spider-Man 2 still pulled in over $700 million worldwide, ranking it as the 6th biggest film of 2014, which has been a down year for box office. As Mendelson put it, “Even with brutal worldwide competition, mixed reviews, an anticipation of would-be failure, controversy over its climactic plot twist and alleged attempts to act as a prologue to an expanded universe, there was still a pretty huge audience for a Spider-Man movie.” Granted, this also made it the lowest-grossing Spider-Man film of all time (and that’s without adjusting for ticket price inflation!), continuing a downward trend since Spider-Man 3 and thus signaling obvious franchise fatigue. Plus, as Tom Shone argued in his book Blockbuster: How Hollywood Learned to Stop Worrying and Love the Summer often times when you look at year-end box office figures you can imagine trying to explain to your kid why films like the 1998 Godzilla, Pearl Harbor, Wild Wild West, Waterworld, and Last Action Hero were all considered catastrophic flops that were globally reviled even though they made a ton of money. You imagine your kid in that scenario ending things by asking, ““Daddy, tell us again what it was like when you went to see movies you liked.”

Surely some of the people who contributed to ASM2’s worldwide box office actually liked what they saw. My friend can’t be the only one. Garfield and Stone are as cute together as ever. That Times Square scene with Electro is an astounding moment of comic book cinema. Sally Field’s heartbreak as Aunt May when explaining how she’d always been there for Peter is palpable. They actually have a really good cast. Is any of that enough to hope for a less extreme solution to the franchise’s woes? Or is the Andrew Garfield Spider-Man ruined beyond repair? Was Amazing Spider-Man 2 their Spider-Man 3?

Update 2-10-15: Well, it happened; Sony and Marvel made a deal, and it sure looks like Garfield is being shown the door.  Read about it here.