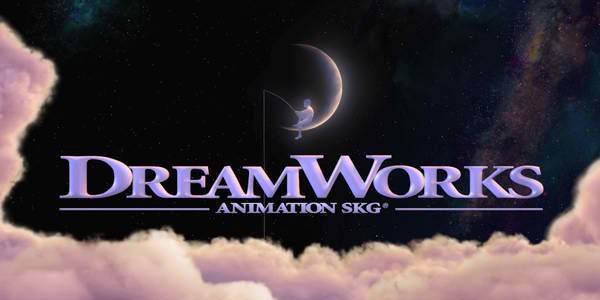 The first box office story I wrote for this site was a reaction to the insane opening weekend for Iron Man 3. In just 3 days the film had managed to eclipse the total domestic gross of both Thor and Captain America: The First Avenger. Business like that was too big to ignore. However, that was also the summer of The Lone Ranger, a film which bombed at a level too big to ignore, yet while I was focusing on The Hollywood Reporter’s projection that Johnny Depp’s ill-fated cowboy movie was going to lose $150 million for Disney Dustin Rowles at Pajiba attempted to humanize it, focusing on how films of this scale are job generators employing thousands:

Johnny Depp has decided to do what no one did for him: Provide talented people with hefty paychecks for little work, hefty paychecks that allow them to live comfortably while they’re making better, more artistic movies, like the kind that Johnny Depp used to make.

Consider the fact that W. Earl Brown, who has one scene in The Lone Ranger, probably made more for that one scene than his last 20 roles combined. Or that the brilliant character actor, William Fichtner — who plays the villain in The Lone Ranger — probably made more for making this movie than he’s made his entire career up to this point. Or Ruth Wilson, the devilishly amazing redhead from BBC’s “Luther,” who not only got paid incredibly well, she landed a high-profile role that will allow her to make more, better films, like the ones she deserves to make. Tom Wilkinson has been nominated for two Oscars, and yet he made more on The Lone Ranger than in both of those movies combined. Times two. James Badge Dale got no appreciation for “Rubicon,” and was mostly cut out of World War Z, but The Lone Ranger gives him needed exposure to elevate him into the mainstream because he, too, is a worthy talent. Plus, Stephen Root, people! Three scenes probably fetched him $100,000 at least, which means that he’s not going to have to start teaching acting classes at an adult ed anytime soon.

Never mind that The Lone Ranger is a lousy movie — and it is a lousy movie — the $215 million spent on this two and a half hour sh*tshow probably employed 2000 people. There are countless gaffes, prop people, craft services outfits, set designers, and computer graphics people who can pay to put their kids through college thanks to The Lone Ranger. Johnny Depp single-handedly put a dent in the unemployment rate. He made a lot of Christmases happy ones. He allowed people to pay off mortgages, replace busted up cars, and put decent meals on the table. Do you have any idea how much good $215 million can do? Johnny Depp made that happen, and there’s probably not another actor who could’ve secured that much money for a movie this sh*tty.

This was a reaction informed by the tone of the times, which was one of somewhat irrational widespread hatred toward Johnny Depp. People seemed to be actively rooting for The Lone Ranger to fail after having simply grown weary of Depp’s quirky shtick, and Rowles attempted to combat that by arguing that Depp making The Lone Ranger was not some great sin against the world or cinema, not if you consider how many people it employed and actors it gave a much-needed break to. His angle on the material was something which never occurred to me, and I was reminded of it when I saw the following headline at The LA Times: “DreamWorks Animation Plans Substantial Layoffs.”

I have written about DreamWorks Animation’s financial woes multiple times, most extensively about how much money they were expected to lose on Mr. Peabody & Sherman and the way their stock market value plummeted after How To Train Your Dragon 2’s disappointing opening weekend. They only have two bonafide hits among their last 6 films, 2013’s The Croods ($587M worldwide against a $135M production budget) and 2014’s How to Train Your Dragon 2 ($618M worldwide against a $145M production budget), but Dragon 2 opened soft and ultimately ended up $100-$200M below expectations. They’ve lost money on the theatrical runs of Rise of the Guardians (2012) (a $87M loss), Turbo (2013) (a $13.5M loss), Mr. Peabody & Sherman (2014) (a $57M loss), and are probably going to do so again with Penguins of Madagascar (2014) (one analyst projects a $49M loss).

All of this is devaluing the company at the worst possible time since they are trying to sell to the highest bidder, and time and time again the story coming out of negotiations is that company co-founder and CEO Jeffrey Katzenberg is asking for way too much, as in he not only wants to sell for way above value but he also wants to practically take over as leader of whichever company buys his studio (DreamWorks was founded by Katzenberg, Steven Spielberg and David Geffen over 20 years ago; DreamWorks Animation spun off as its own entity in 2004). Japanese telecommunications company SoftBank was reportedly close to acquiring DreamWorks Animation late last summer, and after that fell through toy company Hasbro stepped up to the plate before they backed out after their stock lost $300M in value the first day that news of their on-going negotiations with DreamWorks went public. This has led to much hand-wringing on Wall Street, and the publication of many in-depth think pieces on Katzenberg’s long past in Hollywood and troubled present.

That’s how we tend to focus on these kinds of things. You look at the box office receipts, quarterly fiscal reports, and follow the guy in charge of everything, in this case Katzenberg. However, DreamWorks Animation is way more than just Jeffrey Katzenberg. It has around 2,200 employees, but it used to have around 2,550 employees until 350 of them were laid off in 2013 when the film Me and My Shadow was unexpectedly delayed. Now, The LA Times is saying that even more than 350 additional employees are about to be laid off, including “animators, story-board artists and other production personnel and support staff at the studio’s Glendale and Redwood City facilities.”

This isn’t really the same situation as The Lone Ranger. I don’t think that audiences are rooting for DreamWorks Animation to fail, although perhaps some in Hollywood are considering the long-standing damage to Katznenberg’s reputation dating back to his feud with Pixar over their A Bug’s Life and DreamWorks’ Antz. The DreamWorks brand has clearly been hurt to the point that they can no longer simply rely upon brand loyalty to turn risky, but genuinely good films like Mr. Peabody & Sherman into hits nor can they can even manage to elevate one of their own franchises (How To Train Your Dragon) to the level of a Pixar-like elite. However, DreamWorks is also a place that has a lot of employees, talented people, a fraction of whom are about to lose their jobs. It’s far from the first time that’s happened to a studio, and it’ll soon happen again in other places, some of which won’t even be big enough to earn headlines in industry trades like The Hollywood Reporter. So, I don’t mean to elevate this to some kind of unique tragedy. It’s just that speaking as someone whose lost a job before under vaguely similar circumstances I can empathize.