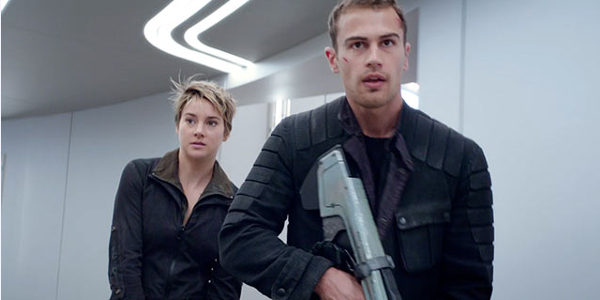 When the initial studio estimates came in Sunday morning, we were looking at a tie: Insurgent had managed to more or less match Divergent’s $54.3m from the same weekend last year. It was a definite, “Um, is that good or bad?” situation. Elsewhere, The Gunman bombed because Sean Penn is not Liam Neeson, especiall when not even Liam Neeson can turn a Taken knock-off into a hit (sorry, Run All Night). Well, the actual totals are in, and The Gunman is still a bomb. Insurgent, on the other hand, didn’t do quite as well as initially estimated. Here are my main 5 takeaways from the weekend:

1. Whatever Happened to Waiting Longer than 1 Year for a Sequel? 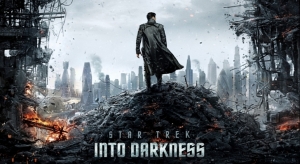 When Star Trek Into Darkness opened below expectations in 2013, many, myself included, reasoned the chief culprit was simply that Paramount had allowed 4 years to pass in-between Star Trek movies. Across those 4 years, Robert Downey, Jr. appeared as Iron Man in 3 different films (Iron Man 2, The Avengers, and Iron Man 3), Marvel clearly showing Paramount how franchise movie-making is done these days. The longer you wait the higher the risk you run that audiences will forget about you.

You could make the opposite argument with Insurgent, which arrives almost literally one year to the day after Divergent. Should they maybe have waited a little longer to build up demand? Divergent/Insurgent’s model is obviously The Hunger Games, whose first installment came out in March 2012 followed by Thanksgiving releases for Catching Fire and Mockingjay Part 1 in 2013 and 2014. Now, the Divergent series is planning to put out new installments every year through 2017, releasing each one almost exactly one year apart. The Maze Runner appears to be following suit. It remains to be seen how well that will work out for Maze Runner: Scorch Trials this September, but Insurgent actually failed to equal let alone improve upon Divergent’s 2014 domestic opening, though we are talking about Insurgent making $52.2m and Divergent making $54.6m. That’s only a 4% difference.

Once upon a time in Hollywood, a sequel failing to match up to the box office might of its predecessor was the norm. However, for today’s biggest movies when that happens it’s cause for many a thinkpiece openly wondering what the heck happened, be it about Star Trek Into Darkness or Hunger Games: Mockingjay Part 1. There’s rarely ever any one answer to the question. For example, Into Darkness didn’t disappoint domestically just because it had been 4 years since we’d seen any of its characters, although that didn’t help. In the case of Insurgent, rushing its product to market in just one year isn’t the only reason it failed to grow the franchise. Sequels typically open off of the reputation of their predecessor meaning that for that first weekend how well you do is not so much a reflection of how good your movie is but how much people loved the prior film in the franchise. That’s a problem here because outside of its core audience who’ve read the books Divergent didn’t seem to be particularly well-liked last year. Now, along comes Insurgent, panned by critics as actually being a step back creatively, and oddly marketed more as an action film in an attempt to appeal to guys.

2. Don’t Get Too Excited About Insurgent’s International Box Office

It was a completely different story for Insurgent at the international market, where it opened 33% above Divergent, but more like 50-60% if not for the currency devaluation plaguing many countries. So, much like Star Trek Into Darkness before it Insurgent may just be the latest Hollywood sequel that doesn’t match up to its predecessor domestically but completely destroys it internationally.

That’s good and bad news, though. Lionsgate is the mini-major studio responsible for the Hunger Games and Divergent franchises, but as a mini-major it is not set up to distribute its own films internationally. It pre-sells foreign distribution rights, making enough off of that to just about cover their film’s entire production budget. That’s exactly what they did with Divergent and Mockingjay, and if they’ve done the same thing with Insurgent it would mean their actual risk on the project is minimal even though Insurgent cost $25m more to make than Divergent.  It would also mean they’re not getting any share of that impressive international gross, as per their deal with the foreign distributors.

3. It’s a Good Thing They Put Insurgent Out in 3D

Insurgent was released in 3D, granting it the luxury of a ticket price surcharge Divergent did not have since it didn’t come out in 3D. Yet even with that benefit, Insurgent could not improve upon Divergent’s opening. Now, it has to worry about Furious 7 coming around the corner. 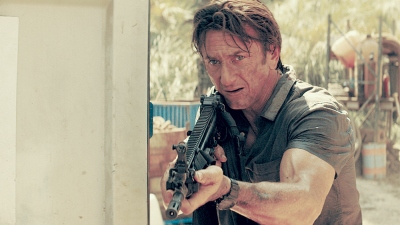 With just $5m this weekend, The Gunman is the latest Taken knock-off to underwhelm. Not even the presence of the first Taken’s director, Pierre Morel, could reverse the trend, with Gunman delivering the worst opening of Sean Penn’s career – well, worst opening for any movie playing in at least 2,000 theaters. Kevin Costner (3 Days to Kill), Keanu Reeves (John Wick), Pierce Brosnan (November Man) and now Sean Penn have all mounted Taken-esque comebacks in the past year, yet none of those films came close to Taken’s $124m domestic gross from 2009. Heck, if you take John Wick’s $78m worldwide gross out of the list, all of them were flops. The only Taken-like movies to really impress lately have been Taken 3, which still set a franchise low in domestic gross, and Denzel Washington’s The Equalizer, which scored $192 million worldwide. Liam Neeson’s own Run All Night certainly failed to impress, yet even it did better than The Gunman.

So, why has this trend flamed out? According to Rentrak analyst Paul Dergarabedian:

“The Taken series was a very specific success. The way Liam Neeson portrayed the character of Bryan Mills was pitch-perfect. The revenge tale has been done forever, but this struck a chord,” Dergarabedian said. “Now the violent action movie with the older guy has been done so much that in order to get people’s attention, you have to come up with something original. If you don’t, audiences feel like they have seen it before.”

What could be the next trend? Dergarabedian’s thinks we could be in for a run of spy films keyed off the success of Kingsman: The Secret Service. Of course, as I recently covered elsewhere on the site director Matthew Vaughn made Kingsman instead of X-Men: Days of Future Past precisely because he feared the next trend would be spy movies, and he wanted to get out in front of it. He succeeded, beating both Melissa McCarthy’s Spy and Armie Hammer and Henry Cavill’s Man from UNCLE.

5. Fifty Shades of Grey Is On the Way Out & We Have No Idea What Happens Next 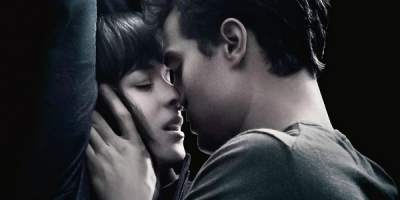 In a world in which we’re apparently guaranteed a new Insurgent and Maze Runner movie every year, it’s somewhat startling that we have no idea when the next Fifty Shades of Grey movie is going to arrive. It leaves the domestic top 10 with a domestic/worldwide split of $163m/$553m, an insane return on investment for a film that cost just $40m to make. Now, the director is probably out because she more or less hates the author of the books, and the stars want more money.  Plus, Dakota Johnson has totally had it with her mom being all embarassing at the Oscars and claiming she wouldn’t see the film because of the nudity.  Producer Dana Brunetti rather candidly told THR he has no idea what happens next:

We literally have no idea what we’re going to do. I have not even met with the studio or anybody yet about the second film. We always said, “Let’s get this first one out and released and then we’ll regroup and figure out what we’re going to do on the next.” That hasn’t happened yet. So, [James] hasn’t been back to the States [from her home in London] yet. I haven’t been into the studio yet. We’ve sent some emails back and forth and were basically like, “OK, we’re just going to figure out when everyone can get together and meet.”

He’s not planning on upping that production budget for the sequel, and he has no patience for Jamie Dornan and Dakota Johnson’s plans to get more money:

Look, when I was starting out and had to cut my teeth and build my résumé to get in, I had to basically work for free on a lot of things. I still take reductions in my fees for the opportunities to do certain things. We got slack on Captain Phillips about how much Barkhad [Abdi] and those guys got paid. Look at Jonah Hill in Wolf of Wall Street. It was great for his career. So I’m not going to cry for anybody who wants to be in this business just because a thing they were involved in did very well and they didn’t get paid [a lot]. That’s not the deal that you made. If it was, I’d have more than a couple Ferraris because all the money my films have made is f—ing insane. You’ve got to start somewhere.

6. Do You Believe? (Opening Weekend)

What’s Up Next?: Get Hard (the Will Ferrell/Kevin Hart comedy that may not be all that different from Hart’s last team-up with a white guy, The Wedding Ringer) & Home (DreamWorks Animation’s family film featuring an alien voiced by Jim Parsons)