Not every vaguely young white guy who’s only directed one full-length movie before is really ready to make the jump from low-budget to mega-budget. Marc Webb did it from (500) Days of Summer to the two Amazing Spider-Man movies, looking like he was in constant battle with the producers and studio. His next project is a TV adaptation of the film Limitless. Gareth Edwards did it from Monsters to Godzilla, repeating his preference to focus on character and deployJaws-esque special effects (leave it to our imagination until the very end).  His next project is Star Wars: Rogue One and then Godzilla 2. It seems a little too harsh to cast Webb aside as a cautionary tale, but it seems fair to characterize Edwards as a success. Looking forward, Jurassic World’s Colin Trevorrow only has Safety Not Guaranteed to his name. So, the jury is still out on him. Fantastic Four’s Josh Trank is making the transition from his found footage superhero saga Chronicle, but it sure sounds like he may not get another chance to play with the big boys of Hollywood anytime soon.

Like Gareth Edwards, Trank was supposed to direct one of the stand-alone Star Wars anthology films released during the off years of the new trilogy. Yesterday, he announced, “After a year of having the incredible honor of developing with the wonderful and talented people at Lucasfilm, I’m making a personal decision to move forward on a different path. I’ve put a tremendous amount of thought into this, and I know deep down in my heart that I want to pursue some original creative opportunities.” Lucasfilm bid him farewell with a hardy hand shake and friendly pat on the back, “It was a privilege to collaborate with Josh. We are grateful for the energy and love of Star Wars that he brought to the process, and we wish him all the best.” 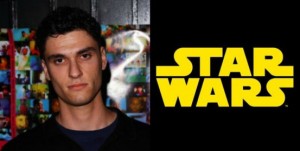 And now the rest of Hollywood is calling bullshit. Yes, sometimes artistic visions simply don’t match up. As Joss Whedon said after his leaving a proposed Wonder Woman movie, “We just saw different movies, and at the price range this kind of movie hangs in, that’s never gonna work.” Yeah, that’s not what happened here. The way The Hollywood Reporter’s Kim Masters tells it, Trank was straight up fired because all of those rumors we’ve been hearing about his disastrous handling of The Fantastic Four are apparently true, and it made LucasFilm very nervous.

What am I talking about? Well, first there were slightly alarming though ultimately forgivable signs of distress, like Fox completely no-showing Fanastic Four at last year’s Comic-Con, shortly thereafter pushing the release date back nearly two full months from June 2015 to August 2015, and even delaying the release of the teaser trailer. There was the fact that the first time we saw a picture of the cast together was via Kate Mara’s Twitter account when she celebrated her final day on set. Six months went by after the film had wrapped production, and we had yet to see anything official from it in marketing.

For those who believe modern film advertising has left us spoiled, Fantastic Four became an example to point at and say, “So what if we haven’t seen anything from the movie yet? It doesn’t come out for another 8 months! More movies should wait it out and build up anticipation by giving us nothing. Surely someone other than Christopher Nolan can pull that off, right?” However, for those given to suspicion when it came to Fantastic Four something smelled very rotten in Latveria.

And that’s when the rumors started. Bleeding Cool cited an unnamed senior executive at Fox who called the film “a mess” and stated that the studio was demanding re-shoots even though it meant re-building the sets in Louisiana at considerable cost since Trank had more or less trashed the original sets. Tiger Droppings and Daily Beast (via Nerd Reactor) claimed crewmembers complained about being mistreated Trank, and the damage to the sets was allegedly so egregious Fox CEO & Chairman Jim Gianopulos flew to Baton Rouge to personally apologize to the offended parties. Some even suggested Trank was unofficially being taken off the film.

Badass Digest had previously reported via Twitter, “I’m hearing some very troubling stuff about Fantastic Four,” but it thought Bleeding Cool’s information was misleading or false, claiming the reshoots “have been planned for well over a month” and were only necessary “to add some more action to what has shaken out to be a character-driven film.” Fantastic Four producer/writer Simon Kinberg contacted LatinoReview to set the record straight, “Fantastic Four will be doing 3-4 days of additional photography with director Josh Trank and some key cast members. We are very excited about the film and can’t wait for you to see what we’ve been up to.” Yet Bleeding Cool didn’t back down from its original story, further reporting, “Intriguingly, after running our story yesterday, we were told from people on the set that reshoots were already happening and had been happening for longer than we’d thought.”

Everything seemed to simmer down once the teaser trailer and full length trailer arrived. It didn’t hurt that Simon Kinberg was consistently out there spinning the story, no doubt calling on his recent experience serving as X-Men: Days of Future Past’s spokesman while director Bryan Singer receded from the spotlight due to his sex abuse scandal. Just a couple of days ago, Kinberg told HitFix they had held back footage from the movie for so long because, “We really just don’t want to show anything until it’s ready, until it looks great, and they show the real intention of the shot or the movie. Then we’ll show it. That’s why we’ve held on to so much. We held on to the Thing. We held on to Doom. We held on until we were further along.“ Then Collider posted a new interview with the cast in which they revealed they hadn’t seen any footage from the film other than the trailers we’ve all seen, and they’ve yet to do any ADR. Collider was stunned, concluding, “What that means is the movie is nowhere close to finished,” and it’s due out in three months.  Running straight up to the deadline in no makes this a unique production, but when it happens to a movie which has been plagued by unfavorable rumors it’s going to raise more eyebrows than normal.

And that brings us back to Star Wars. The final day of Star Wars Celebration in Anaheim on April 19th was supposed to include a panel about the future of the Star Wars films with Gareth Edwards and Josh Trank on hand to discuss their respective stand-alone movies set for release in 2016 and 2018. Even the signage on the stage promoted the pair’s arrival, thus confusing and upsetting the gathered crowd all the more when the moderator took to the stage to announce Trank “woke up under the weather and sends his regards. Trank apologized on Twitter, “Hey all. So, so, so sad to have missed today. Worst flu of my life. I hear it went beautifully with Gareth. Here’s to next year.”  Oddly, at that very moment the new Fantastic Four trailer was leaking on the internet, leading some to speculate Fox was trying to stick it to Disney by upstaging the final day of the Star Wars Celebration.  Why would they do that?  Because Fox used to distribute the Star Wars movies, and maybe they’re not happy that Disney gets to do that now.

Directors do get sick. It’s allowed. Not so much here, though.  According to THR, “The studio had asked [Trank] not to attend while considering whether to proceed with him on the second spinoff.” And that’s largely because Simon Kinberg doesn’t think he can work with Trank again. In addition to Fantastic Four, Kinberg’s also producing X-Men: Apocalypse and the second Star Wars standalone project. Trank’s indecisiveness has forced Kinberg and Hutch Parker to step in to pull Fantastic Four together, forcing both of them to recently leave the set of X-Men: Apocalypse to oversee the latest round of Fantastic Four reshoots. Trank is still directing, but an insider described him as “erratic” and “very isolated,” likening him to “one of these kids who comes to the NBA with all the talent and none of the character-based skills to handle it. There’s equipment he doesn’t yet have.” He (or, to be more accurate, the several small dogs he owns) apparently caused as much as $100,000 worth of damage to his New Orleans rental house during filming, and Fox may not repay that for him.

None of this means Fantastic Four will be a terrible movie. Kinberg has been through hectic, disjointed productions in the past with X-Men: The Last Stand and X-Men: First Class. Trank’s Chronicle is definitely the work of a person with talent. The cast is promising. The teaser and full-length trailer don’t look terrible. However, this does all add up to characterize Josh Trank as one of those young white guy directors who wasn’t really ready to make the jump from low-budget to mega-budget. Disney and LucasFilms almost repeated Fox’s mistake.