David Simon knows you loved The Wire. He also knows you probably didn’t watch The Wire when it was actually on TV, which is when your patronage and fandom would have actually helped him. Instead, chances are you’re among the majority who came to The Wire through DVD and streaming post-fact or you’re just pretending to have watched the show so your friends will stop badgering you about it. Now that Simon has a new HBO show, The Deuce, he’d really prefer it if you didn’t wait several years to finally get around to watching it.

However, we’ve heard this story before. Rather recently, in fact:

Huh. Maybe Hollywood is just more nostalgic for 70s New York than the rest of us. What makes The Deuce so special then?

Oh, nothing. Just the fact that it’s really, really good, as in 96%-on-RottenTomatoes good. Plus, as Matt Zoller Steitz pointed out, it’s a show which is entirely free of any nostalgia for the era its dramatizing, which frees it up to be brutally honest and ultimately more rewarding. The movie-length pilot has been available on HBO Now for weeks now, but it officially premieres on HBO tonight with 7 more episodes set to unfurl over the next two months (and a second season already planned should HBO opt for renewal). Here’s everything you need to know: 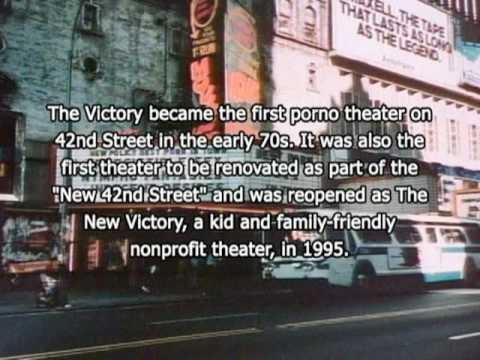 “The Deuce” is what people used to call 42nd Street in Manhattan, which was the epicenter for grindhouse theaters and peep shows in New York for thirty years beginning in the 50s and ending in the late 80s.

2. James Franco Plays Twins, Not Because It’s Him Being Quirky As Per Usual But Because Those Twins Actually Existed 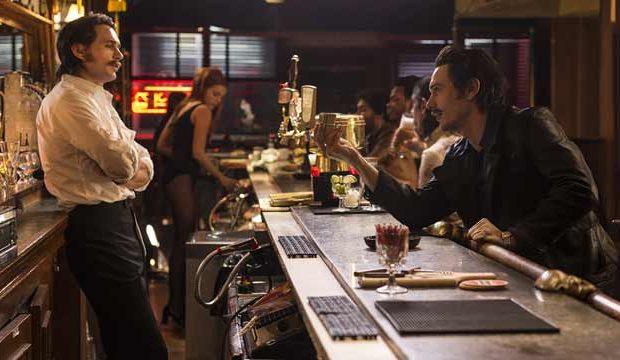 Franco plays Frankie and Vincent Martino, one a degenerate gambler and the other an ambitious barman with kids and a feckless wife played by Zoe Kazan. Beyond the obvious differences in their personalities, you can tell them apart via the small scar Vincent has on his head (thanks to a street fight in the opening scene of the pilot) that his brother doesn’t. It might seem like yet another case of Franco being Franco, but in reality if not for those twins The Deuce wouldn’t exist.

Vincent and Frankie Martino are really just made up names for real life twins Steve and Johnny d’Agrosa, who operated mob front businesses on 42nd Street for nearly two decades. Five years ago, Johnny’s daughter contacted Marc Henry Johnson, a former assistant location manager with David Simon on Treme, and pitched the idea of doing a TV show about her father and uncle. Better yet, her uncle, Steve, had recorded 90 hours worth of audio tapes describing his life story with a heavy emphasis on his time around 42nd Street and Times Square.

Johnson took this to Simon and Simon’s frequent partner George Pelecanos, each of whom were initially very reluctant but ultimately enticed by the intersection of sex, politics and money. They ordered Johnson to conduct even more interviews with anyone and everyone he could find who was still alive from that era, and also told him to conduct follow-up video interviews with Steve, with the videos later used to give Franco something to model his performance on. Sadly, though, Johnny had died some years earlier, and while Steven survived long enough to offer notes on The Deuce’s first 3 scripts he eventually lost a battle with cancer before the start of production on the pilot. Either way, The Deuce is now considered to be such a thoroughly researched show that while not everything on it actually happened almost everything on it could have happened.

4. Porn’s Not Even Mentioned in the Pilot

5. The Sex On Display Is Neither Titillating Nor Exploitative

Instead, it’s honest and depressing about the transactional nature of sex work, and presents naked bits of flesh, both male (yes, there is the occasional shot of a penis) and female, in the most matter-a-fact way possible.

Anderson’s inspiration for Boogie Nights was a John Holmes documentary which amused him as a teenager as well as a poor experience with the producers on his first film, Hard Eight, which emboldened him to throw every filmmaking trick he could think of at Boogie Nights as a means of proving his worth and announcing himself to the rest of the industry. Thus, the film is littered with ingenious Steadicam sequences, Scorsese-esque depictions of drug abuse and deals gone wrong and a killer soundtrack of period-specific pop songs. It is a cinematic tour de force about the perversion of the American dream and the long-term cost of the hedonistic 70s.

That’s not what The Deuce is about or cares to do. David Simon and crew are clearly more interested in telling a macroeconomics story on a micro level, using select characters to examine the role of money and corruption in our sexual politics. There are scenes with impossibly amateurish directors who have dreams of grandeur ala Burt Reynolds in Boogie Nights, but they’re stuck in-between backroom dealings and blood-soaked handshake deals. That’s because The Deuce is set in a grittier and grimier world than Boogie Nights, as befits the difference between 42nd Street New York and San Fernando Valley, California. It’s neither better nor worse than Boogie Nights; it’s just different, even if the longer term arc of success and freedom leading to excess and crushing failure is the same.

7. It Was Almost Squeezed Out By Vinyl and The Get Down

I’m not the only one to note the oddity of sudeenly having so many high-profile overlapping shows about 70s New York. HBO initially passed on The Deuce for that very reason, choosing to back Vinyl instead. Netflix then passed on Deuce because it already had The Get Down. It was only after David Simon returned to HBO and dropped his demand for a full season order and agreed to simply make a pilot and hope for the best that the show truly got off the ground.

HBO ultimately gave him the full season after seeing the pilot, and for a hot minute there the cable giant was going to stick with Vinyl while also supporting The Deuce. Then Vinyl’s second season was preemptively canceled, and many of its period-specific outfits and props were literally just sent over to The Deuce‘s production offices.

Will you be making time for The Deuce? Or does it sound less fun and too much like homework? Or is the subject matter and setting simply of no interest to you? Let me know in the comments.