These are strange, yet eventful times for Spider-Man. First, Gawker revealed that as of 2011 Marvel’s licensing rules for Sony insisted that Spider-Man be a non-smoking, non-drinking heterosexual male who does not kill or torture and rarely uses swear words. Moreover, if it’s the Peter Park Spider-Man he must be white, lose his parents at a young age, be raised by Aunt May and Uncle Ben, live in New York, gets his powers from the bite of a radioactive spider, etc. Marvel did not, however, forbid Sony from using the half-African American, half-Puerto Rican Miles Morales version of Spider-Man. They merely insisted upon some logical universal truths for any version of Spider-Man, and if Sony persisted in using Peter Parkerthey were stuck with doing the Peter Parker we’ve always known, not some completely new interpretation.   Then, Marvel revealed that from this point forward Miles Morales will be Spider-Man in the recently reconfigured continuity of the comics, a huge leap forward for a character who previously existed only in Marvel’s alternate, “Ultimate” universe. Now, Sony and Marvel have cast 19-year-old British actor Tom Holland (The Impossible) as the new Peter Parker/Spider-Man who will first appear in next year’s Captain America: Civil War before getting his own solo film designed to kickstart a new trilogy. Plus, they hired up-and-comer Jon Watts to direct Holland’s first Spider-Man movie, due July 28th, 2017.

Does it kind of feel like we’re getting mixed signals here? The door is officially open to adapt Miles Morals to film! In fact, Miles Morales is officially Spider-Man as far as the comics are concerned. Now, here’s the actor they cast as our new Spider-Man for at least 4 movies – he’s white, and he’ll play Peter Parker. Wait, what?

Actually, it’s not at all surprising. The industry trades have had the inside scoop on the casting process for the new Spider-Man for months now, revealing a continually updated list of young, white, almost exclusively British guys who were reading for the role. According to The Hollywood Reporter [via Collider], it ultimately came down to Asa Butterfield (Ender’s Game), Judah Lewis, Matthew Lintz, Charlie Plummer and Charlie Row (The Golden Compass), with the finalists screen-testing opposite Robert Downey, Jr. before Marvel and Sony whittled it down to just Holland and Rowe. Holland then tested opposite Chris Evans and got the part, at which point Sony and Marvel turned their attention to nailing down a director, picking Watts over better-known candidates like Jonathan Levine (Warm Bodies), John Francis Daley & Jonathan M. Goldstein (Vacation), and Ted Melfi (St. Vincent).

I’ve never seen any of Tom Holland’s movies. What I know about him is almost entirely limited to what I just read on EW:

Plus, at 19 he’s a fair deal younger than either Tobey Maguire or Andrew Garfield were when they were cast as Spider-Man. Maguire was 26. Garfield was 27.

What we’ve heard for months now is that this new Spider-Man will skip an origin story since that’s been done to death by now. They are going to pull back on the romance, making it nowhere near as central to the story as it was with Mary Jane in the Raimi trilogy and Gwen Stacey in Garfield’s era. This Spider-Man will stay in high school for longer than a single film, Kevin Feige’s attempt to look at a Peter Parker struggling to balance high school life with vigilantism in ways the prior films didn’t. That’s how they think this new Spider-Man will stand out from both the prior filmic iterations and the rest of the superhero movies coming our way.  I covered all of this in great detail a couple of months ago.  Here’s the link.

The problem is that they are trying to adapt the Ultimate Spider-Man line of comics which returned Peter to high school and really honed in on the idea of a teenaged superhero, but that was the exact same inspiration for the Andrew Garfield movies.  His Peter Parker is a high school student throughout the entirety of the first Amazing Spider-Man, graduating at the beginning of ASM 2.  So, what, is the Tom Holland version going to be a sophomore whereas Andrew Garfield was a senior? They are trying to seem new by being slightly younger at the same time Warner Bros. is trying to make the Ben Affleck Batman seem new by making him slightly older. In the case of Spider-Man, that’s new-ish, but, still, awfully familiar. A Peter Parker Spider-Man is still going to be a scrawny white kid swinging around town, wisecracking, battling lab-accident supervillains, and stressing over girlfriend drama. We saw it in Sam Raimi’s chipper Spider-Man in 2002 and across two sequels. We saw it again in Marc Webb’s gloomy Amazing Spider-Man in 2012 and in its 2014 sequel. Now, we will see it again in 2017.  Maybe the prior films didn’t quite pull it off to comic book fans’ satisfaction and the new ones will, but it’s still a story which has been told multiple times now. 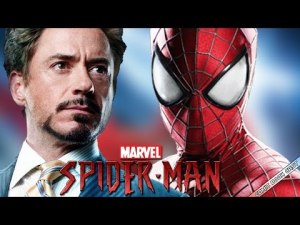 It’s just so…exactly what you’d expect, even down to the part about casting a British actor to play an American superhero, although that’s part of an industry-wide trend recently profiled in The Atlantic’s “The Decline of the American Actor.” The only legitimately new wrinkle is that this new version will cross-over with the Marvel Cinematic Universe, which might be more than enough for some people. Maybe the picture I have in my head of another standard Spider-Man movie with Tom Holland instead of Andrew Garfield is entirely wrong. Maybe that 2017 Spider-Man will have MCU cameos up the whazoo, similar to the way the Ultimate Spider-Man animated series features frequent drop-ins from The Avengers and positions Spidey as an Avenger-in-training, hanging out with Nick Fury and Coulson on SHIELD hellicarriers. I do find that intriguing, and at one point there was a rumor that the first solo Spider-Man movie would co-star Iron Man auditioning Spidey to join the Avengers.

Ultimately, though, did they have to do Peter Parker again when there is already an alternative in place? Clearly, the comic book side of Marvel has a lot of faith in Miles Morales right now. Why couldn’t the films follow suit?

Well, as Forbes put it:

It was unlikely that Disney and Marvel would pass on the opportunity to put their personal mark on their most iconic character in their most well-known variation. Racial politics aside, it would be like Joel Schumacher bringing on Robin in Batman Forever but going with Tim Drake the first time out. For most people, Robin is still Dick Grayson, young orphaned circus acrobat turned Batman’s junior partner, as opposed to Jason Todd, Tim Drake, Stephanie Brown, and/or Damien Wayne. The first Marvel Cinematic Universe Spider-Man was always going to be Peter Parker, at least initially.

And the comics just handed the reigns over to Miles Morales. What if his Spider-Man books don’t sell well? Sticking with Peter Parker is the commercially safe choice, especially considering that Spider-Man has always skewed younger meaning young audiences showing up for the new movie in 2017 may not really care that this is the third Spider-Man in 15 years. To them, it might be their first Spider-Man, and through cultural osmosis they’ll know that Spider-Man=Peter Parker just as Batman=Bruce Wayne and Superman=Clark Kent. Plus, Marvel Studios is involved, and they’ve earned our trust and yada, yada, yada.

The gist of it is this – there are A LOT of superhero movies due out in the next 5 years. Marvel actually pushed back both Black Panther (their first African-American hero to get a solo film) and Captain Marvel (first female to get a solo film) on their release schedule to make room for Spider-Man. And I absolutely do not blame Kevin Feige for wanting to take a crack at pulling off the definitive version of Peter Parker on film since it’s been completely up to Sony and now ousted producer Avi Arad for the past decade and a half. However, as someone who’s now been through two of these cycles with Spider-Man films I’m kind of tired of it. When I hear Tom Holland has been cast as Peter Parker I more wonder what other Avengers might appear in his film than what kind of Peter Parker he’ll be. If I heard some actor had been cast to play Miles Morales I’d instantly want to know more because, dangit, that’d be something new.

In the cultural consciousness, Spider-Man is Peter Parker, and the number of people who see these comic book movies absolutely dwarves the number of people who read the comics. However, Brian Michael Bendis, who created Miles Morales and is returning for the new Morales Spider-Man books, recently described being moved to tears by a recent trip to the comic book store with his kids. On the newsstands, he saw a female Thor, a black Captain America, a Muslim Ms. Marvel and there will soon be a half-Puerto Rican Spider-Man. But on film Spider-Man will apparently always be Peter Parker. If this was happening a couple of years from now I’d be less annoyed, but this all happening so close to the now discarded Amazing Spider-Man line of movies. So, meh. 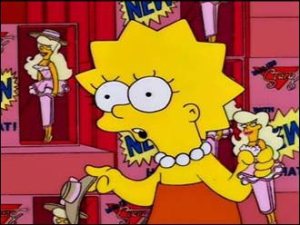 I am reminded of The Simpsons episode where Lisa attempts to create a doll, dubbed Lisa Lionheart, which is a better role model for little girls. The makers of Malibu Stacy, the Simpsons stand-in for Barbie, respond with an all-night brainstorming session where it is decided to release a Malibu Stacy which is exactly the same but has a new hat. The gambit humorously pays off, effectively crushing Lisa Lionheart. I’ve always loved that cynical take on marketing.  It doesn’t really apply here since gender roles are not a factor, and a Miles Morales Spider-Man is by no means some amazing step forward in comparison to Peter Parker’s stuck-in-the-past Barbie.  However, if you’ll indulge my extreme over-simplification of things, to me Tom Holland is Spider-Man’s new hat at a time when I would have preferred a Lisa Lionheart.