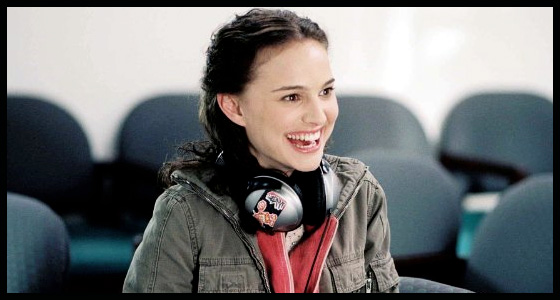 In 2010, my best friend gave me the book My Year of Flops: One Man’s Journey Deep Into the Heart of Cinematic Failure by Nathan Rabin as a birthday gift. It’s a collection of essays re-assessing bad movies, with most of the essays having originally been published on AVClub.com. In the first chapter, Rabin tears into Cameron Crowe’s Elizabethtown, offering the following observation about Orlando Bloom’s love interest Claire, played by Kirsten Dunst:

It seemed like an amusing, well-observed passage at the time, but I simply kept reading the rest of the book, unaware that Rabin’s Manic Pixie Dream Girl concept was truly some groundbreaking moment in feminist film criticism.  News flash: Movies have static characters whose function is to advance the development of the main character, and a lot of times those side characters are female, with a long line of actresses who’ve done the thankless task of playing the perky girlfriend, doting mother or lovable mom.  In a male-dominated film industry, a lot of movies come down to male filmmakers (director, writer, producer, lead actor) working through their issues with women.  That’s nothing new.  Garden State and Elizabethtown giving us female characters who were little more than a collection of quirks seemed like the next evolution of that.

Well, I was wrong to be so blase about it because the Manic Pixie Dream Girl concept really resonated with seemingly the entire internet, some merely thankful to Rabin for finally giving us a phrase to use to describe something we didn’t like, others using it as a rallying cry for the need for better female characters in movies.  Now there are entire movies whose sole purpose is to deconstruct the Manic Pixie Dream Girl (see Ruby Sparks, Paper Towns). The phrase has become so pervasive that even Rabin has expressed regret for his part in all this (before turning around and boasting about the phrase ending up in the Oxford Dictionary). 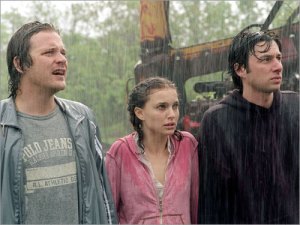 But what is it like to have actually played a Manic Pixie Dream Girl? Was Natalie Portman frustrated with being Zach Braff’s muse in Garden State (well, her and the music of The Shins)? While making Elizabethtown, did Kirsten Dunst ever think to herself, “This is a bunch of shit! I want to play a real person, not a fantasy.”

To Portman, making that movie was simply about getting to play something she’d never been offered before, “When I read it I was like, ‘Oh, this is a character that’s wacky and interesting, and no one’s ever given me a chance to play something like this. It’s this sort of unusual girl,” she told the crowd at a recent Toronto Film Festival event looking back at her career. “So that was my incentive to make it.”

Plus, it meant a break from college since she was a 21-year-old senior at Harvard at the time, and a gig to spend 25 days making a movie with some friends seemed like fun. However, her management didn’t want her to do it, “Zach had never made a film before. No one was telling me to make that movie. Everyone was like, ‘Okay, here’s the weird offer you got.’

How does she feel about being one of the originators of the modern Manic Pixie Dream Girl?:

“But of course I see that trope and I think it’s a good thing to recognize the way those female characters are used. I mean, I appreciate that people are writing characters that are interesting and unusual, rather than some bland female character as the girlfriend in a movie, but when the point of the character in this movie is to, like, help the guy have his arc, that’s sort of the problem, and that’s why it’s good that they’re talking about it, because it certainly is a troubling trope.”

The concept clearly matters to people enough at this point that Natalie Portman made sure to give it plenty of thought. 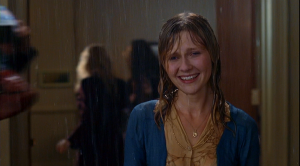 Back in 2011, the concept was new enough that Kirsten Dunst had to have it partially explained to her when asked about it by MovieFone:

What’s your opinion of the term Manic Pixie Dream Girl?
What is that?

Oh… it was coined for your character in ‘Elizabethtown.’
Oh?

It kind of means…
That’s so weird. What’s it called? The Manic Pixie…

Manic Pixie Dream Girl. I guess it means that there’s a dream girl who is also manic. And pixie-ish… and I think…
I don’t find I’m manic at all. I’m very chill.

Well, yeah, in person. I think they mean your character.
Oh, in ‘Elizabethtown’?

What do you think of that term?
I don’t like it, to be honest.

That’s understandable.
No, I don’t. I think it’s weird sounding. [The publicist walks in to signify that our time is up] So, on that note…