If you missed it, there were two promising new TV shows announced yesterday.

First, Once Upon a Time’s creators Adam Horowitz and Edward Kitsis received a series order from ABC Family for a summer camp horror show they’re calling Dead of Summer.  Ian Goldeberg, a Once Upon a Time writer, will serve as the showrunner.

“Dead of Summer is about what happens when summer camp goes wrong – really, really wrong,” said Karey Burke, executive vice president of programming for ABC Family. “The horror genre is new for us and I’m thrilled to have Adam, Eddy and Ian bring their immeasurable talent to our network and usher us into this new space.”

It was originally pitched as John Hughes meets John Carpenter, and the first season will be set in 1989.

So, think of that Amazon Prime series Red Oaks, and then mix it with Scream Queens.  You end up with Dead of Summer.

“Set in the late 1980s, school is out for the summer, and a sun-drenched season of firsts beckons the counselors at Camp Clearwater, a seemingly idyllic Midwestern summer camp, including first loves, first kisses – and first kills. Clearwater’s dark, ancient mythology awakens, and what was supposed to be a summer of fun soon turns into one of unforgettable scares and evil at every turn. Part coming-of-age story, part supernatural horror story, Dead of Summer is a bold, new series that mixes genres as it examines the light and dark of a summer like no other.”

The upside: It’s a good idea for a TV show, and if you don’t think it’s a good fit for the network then you haven’t seen how crazy Pretty Little Liars gets.  Plus, for all of its faults Scream Queens is still a fun “check your brain at the door” viewing experience, and it’s failures will likely teach Dead of Summer‘s people what not to do.

The downside: Its creators have never done anything in horror before, and their work with Once Upon a Time doesn’t exactly scream, “Oh, yeah, those are the right people to do a 80s summer camp show.”

The flipside: By the time this premieres on ABC Family the network will have already gone through with its name change to become known as Freeform.  So, that’s happening. 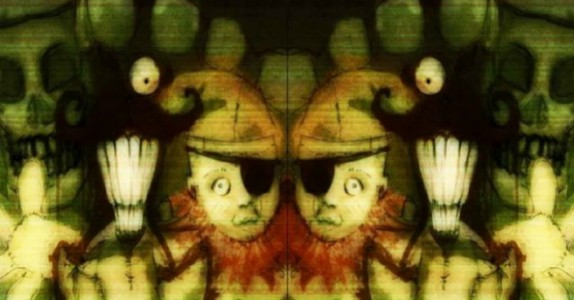 Elsewhere, SyFy is getting into the horror anthology business, doling out a two season order to writer Nick Antosca (Hannibal) and producer Max Landis (Chronicle) to make Channel Zero, which will have 6 episodes per season and be used by the network as the centerpiece of its “31 Days of Halloween” programming event.  The first season, subtitled Candle Cove, will involve a man investigating a mysteries children’s television show from the 1980s that is suspected to have played some kind of role in a series of murders.  It might even relate back to the protagonist’s childhood.

“As lifelong fans of experimental horror and science fiction, from The Twilight Zone to Tales from the Crypt, we are overjoyed to have the opportunity to offer exposure to a new generation of creators,” said Antosca and Landis in a statement. “Channel Zero is a great opportunity to explore new frontiers in the genre, in a way that allows us to really dig in and get weird.”

“As Syfy’s first ever Halloween original scripted series, Channel Zero will transport viewers into the deepest recesses of their darkest imagination, with frightening tales from two of the genre’s most accomplished storytellers, Max Landis and Nick Antosca,” Syfy president Dave Howe said.

NBCUniversal Cable Entertainment COO Jeff Wachtel chimed in, “We’re thrilled to partner with Max Landis and Nick Antosca to bring these brilliantly macabre stories to life. Fans are in for a haunting, spine-tingling ride.”

The upside: The combination of Max Landis and a former Hannibal writer seems very promising, and the premise could result in a lot of meta-jokes about 80s television, similar to but scarier than BoJack Horseman.  Plus, making a horror series that only airs in October makes a lot of sense.

The downside: Does SyFy make too much original programming?  Is it getting hard to tell some of them apart, e.g., Killjoys vs. Dark Matter?

The flipside: Candle Cove is based on a Kris Straub “creepypasta” story.