Sean Parker’s Screening Room is turning into the Donald Trump of VOD proposals. It initially seemed like a bit of a laugh, an entertaining idea to joke about, but now we’re sobering up and forcing ourselves to ask, “Wait. Is this thing actually going to happen?” Of course, Trump’s presidential campaign turned from comedy to horror over the course of a year and half whereas The Screening Room has gone that route in less than a week. Plus, the stakes are just a bit imbalanced, with potential ruinous presidency on the one hand and an alteration to long-held movie distribution practices on the other.

Still, as far as many theater owners are concerned this is a zero-sum game. The Screening Room could mean the eventual end of the last brick-and-mortar enterprise left standing in entertainment after record stores, video stores and book stores all fell victim to the internet.

Doom. Gloom. Got it. But if that’s really true why the heck have Steven Spielberg, Ron Howard, Brian Grazer, Martin Scorsese, Taylor Hackford, Frank Marshall, Peter Jackson and J.J. Abrams emerged as early advocates/shareholders? Why has AMC, the second largest theater chain in North America, signed an early letter of intent? Why have Warner Bros, Sony and Fox all listened to Parker’s pitch instead of rejecting his idea in concept? What if *gasp* The Screening Room is actually a pretty good idea? 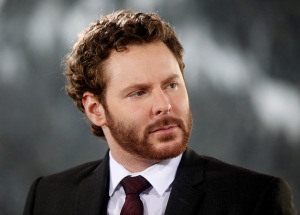 Parker’s pitch is to create a new set-top box which will use an anti-piracy technology to provide movie-lovers access to a constantly updated library of the current theatrical releases from every major film studio. The set-top box alone will cost $125-$150, and each movie on the service will cost $50 for a 48-hour rental. Each rental also comes with two tickets to see that same movie in a theater of your choice. Even if those tickets go un-redeemed, theaters will receive a 40% of the profits from the $50 rental fee.

A movie’s march toward profitability is not simply a three-month affair isolated to whatever it makes in theaters but instead a year-long grind dictated by a largely voluntary system of exclusive windows (e.g., first theaters, then home video, then pay TV, etc.). However, the studios are increasingly weary of these rigid windows. They spend more than ever before to simply market and release movies theatrically, and they still see an uneven split of the ticket sales with the theaters, both at home and abroad.

That was okay when the DVD was booming, but streaming revenues surpassed DVD sales for the first time last year. As a result of this industry-wide transition to reliance on streaming, Netflix and Amazon have been built up so much they’ve become mini-movie studios, which is completely upsetting the Hollywood ecosystem. There has to be a way to make up for declining DVD sales without feeding the competition.

Last year, Paramount thought the solution was to shrink the theatrical window to make it more sensitive to demand, allowing movies to be sold digitally 17 days after they’ve dipped below playing in 300 theaters nationwide. They even offered to cut the theaters in on the digital sales. However, among the major chains only AMC agreed to take part in the experiment meaning the two test cases (Scouts Guide to the Zombie Apocalypse, Paranormal Activity: The Ghost Dimension) never played in more than 1,700 theaters.

But there are bigger problems than just the theatrical release window right now. Studios continue losing money to piracy. Exactly how much is difficult to determine, but it’s been estimated that online piracy in all its forms costs $20.5 billion annually in the United States alone. The reliance on tentpoles has meant a further concentration of wealth at the top which will inevitably lead to industry contraction (e.g., Paramount and LionsGate discussed a potential merger).

Now here’s Sean Parker with a proposal which can partially compensate for declining DVD sales, work around the theatrical window and combat piracy. If he somehow gets the theaters to sign off why wouldn’t the studios at least take a meeting with him?

The free ticket offer is at least a mechanism which could deliver concession-buying customers to their doors. Even if not, they’ll still receive a cut of the digital profits. Plus, this service might only appeal to people who were never going to buy tickets anyway. According to the MPAA (via Deadline):

“Only 11% of the U.S. population could be described as frequent film goers (who attend 18 times a year) and they comprise 50% of U.S. box office revenue. The other 89% of the population goes no more than once or twice per year and accounts for the rest of box office. Out of 300M people in the U.S., 100M never go to the movies.

Screening Room might capture some of that lost market as opposed to cannibalizing the business of those who would have otherwise gone to the theater. Plus, the purchase fee for the streaming device plus the individual rental fee for each movie would seriously limited the usability of this service. Why not let the studios go after those slightly higher-end consumers who were never going to come your way anyway

In this case, the “finger thing” means the money. An average family of four can spend around $80 to go to the movies. A $50 fee for family viewing at home might seem like a better option. If the kids want snacks you can always get them cheaper at a grocery store than in the theater. Beyond that, whether it’s books, music, TV shows or movies whenever we’re given a choice between convenience and actually leaving our house we’ve consistently picked convenience. Also, the romanticized version of the moviegoing experience isn’t what it used to be, not when people are bringing guns into theaters or rudely playing with their cell phones. Lastly, this might hold special appeal to those fans with physical disabilities or cumbersome drives to their nearest theater.

Why So Many Directors Have Become Early Advocates

Basically, the directors are in favor of anything that help put their movies in front of as many people as possible without disrupting the revenue system in place.

“I had concerns about the ‘DirecTV’ deal in 2011, because it was a concept that I believe would have led to the cannibalization of theatrical revenues, to the ultimate detriment of the movie business. Screening Room, however, is very carefully designed to capture an audience that does not currently go to the cinema. That is a critical point of difference with the DirecTV approach – and along with Screening Room’s robust anti-piracy strategy, is exactly why Screening Room has my support.

“Screening Room will expand the audience for a movie – not shift it from cinema to living room. It does not play off studio against theater owner. Instead it respects both, and is structured to support the long term health of both exhibitors and distributors – resulting in greater sustainability for the wider film industry itself.”

“When we met Sean (Parker) and Prem (Akkaraju) last year it was clear Screening Room was the only solution that supports all stakeholders in the industry: exhibitors, studios and filmmakers. The SR model is fair, balanced and provides significant value for the entire industry that we love. We make movies for the big screen and for as many people to see it. Screening Room uniquely provides that solution.”