The most important thing about Zootopia is that it’s amazing. Like Best Picture amazing.

Correction. The most important thing about Zootopia is that it is selling tickets at a historic rate for an animated movie at this time of the year, with a current domestic gross over $200m and worldwide over $600m putting it on path to finish second to only Frozen on the list of highest-grossing Disney Animation Studios releases.

Wait. Sorry. Last correction. The most important thing about Zootopia is the way it’s sure to become a cash cow, although considering the anthropomorphic world depicted in the movie the phrase “cash cow” might be offensive to the good cows in the diverse city of Zootopia.

The point is Zootopia’s current box office success is merely the start of years worth of Disney merchandise and synergy, but how far will they be able to stretch it? Could Zootopia become Disney’s next billion dollar empire, or might it merely be another feather in their hat, no more special a marketing bonanza than Wreck-It Ralph or Big Hero 6?

The answer seems obvious because whenever you ask “Will this thing be just like Frozen?” the answer is always no. Still, Market Place’s Adrienne Hill took the query to the experts after Zootopia enjoyed the biggest opening weekend in Disney Animation history.

Farmingdale State College’s Martin Lewison pointed out the obvious, “[Disney is] really good at leveraging the characters and the stories they’ve created and turning them into essentially marketable super-systems.”

Box office totals are but the opening argument for these movies. “Toys, DVDs, theme-park rides, music, video games, sequels, cereals, bed sheets, plush toys, books” – you name it, Disney will put a character’s face on it.

It’s nothing new. “Walt started it right from the beginning, because everything in Disneyland was based on something else he had done,” according to Marty Sklar, former creative head of Disney Imagineering for decades. Sklar quickly added, “Once they get they get the story right they can think about all the ways they can attach the story, whether its games or plush.” 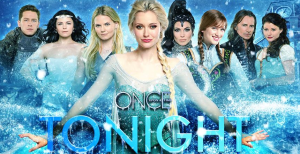 Look how well that worked for Frozen. It …. actually, aren’t we all fully aware of Frozen‘s pop culture omnipresence at this point? I can’t remember life before Frozen. Little girls have always dressed up as Anna or Elsa for Halloween,right? “Let It Go” has been every countries national anthem since the dawn of time. We all know that, don’t we?

But, fine, let’s quantify this: Frozen topped $400 million domestic and $1.274 billion worldwide at the box office, making it one of Disney’s biggest all-time hits. Then it became “the biggest selling Blu-ray of all time, as well as Amazon’s best-selling kids movie of all time.” The soundtrack was a permanent fixture on the Billboard 200 chart, and the 500+ Frozen-related books published yielded multiple best sellers. All of that combined with the endless toys, shirts and games contributed to Disney grossing $1 billion from Frozen merchandise in the United States alone in 2014, and though I can’t at the moment find a similar sales figure for 2015 I assume it has lots of zeroes in it.

Now Frozen is heading to Broadway in 2017, and they’re about to start recording songs and dialogue for Frozen 2.

“It’s hard for me to say because my crystal ball broke last week,” joked marketing professor Ira Kalb from USC’s Marshall School of Business when asked if Zootopia could come anywhere near such riches. He likely hesitated to commit to anything because no one saw Frozen coming. That particular mini-empire was not so much created by the Disney machine as it was demanded by the parents of the little kids who loved the movie. Frozen merchandise was initially incredibly hard to find. That, um, is not the case anymore.

But Frozen is a Disney princess musical featuring a cast of human characters (plus Olaf). Zootopia is none of those things, and it goes to far darker places with its social commentary. It won’t replicate the generation-defining phenomenon that is Frozen. 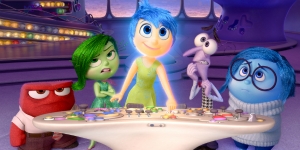 Perhaps no movie can. Monsters University, Big Hero 6, Inside Out and The Good Dinosaur have all been released by Disney since Frozen. They’ve sold plenty of toys. You can play as their characters in Disney Infinity. Sully and Mike even have their own Disneyland attraction. That’s nothing. Frozen has three of its own separate daily Disneyland attractions.

Ordinarily, a big box office hit like Zootopia leads to healthy toy sales and maybe a sequel, TV special or animated series. Tangled and Big Hero 6 will each return as TV shows in 2017, Tangled on the Disney Channel, Big Hero 6 on DisneyXD. Toy Story has yielded both sequels and TV specials. What about Zootopia?

I think it is, because of the worlds being so vast that it just naturally kind of lends itself to wanting to know more about it. It’s like, because it is such a big place, well, what’s going on there? I like that kind of stuff. I like a big cast of characters and a world that lets your imagination kind of… I grew up on Star Wars and it’s like, what’s behind that, or what if I went down there? What was going on over in that part of the Death Star? I think that’s kind of our approach to building these worlds now, or just has a sense of there’s more around the corner […] If people love it, it would be a great thing, and they’re always talking about at the company of creating you know, worlds that people want to revisit. So, that’s what we do.

Zootopia has 7 distinct districts, and the movie doesn’t explore all of them. So there are more worlds to revisit, and the cop genre aspect could lend itself to any number of stories, though it’s hard to imagine them topping the social relevance of the first film’s story.

Should there be a sequel? Pixar has been at this longer than Disney Animation Studios, which didn’t exist as an official brand until Bog Iger took over as CEO in 2005. He wanted to rebuild the Disney brand in animation through quality, and he bought Pixar from Steve Jobs to absorb that company’s brain power, appointing John Lasseter Chief Creative Officer for Pixar and Disney Animation Studios.

In the ensuing decade, Pixar became sequel-happy and DAS emerged as the new voice for original stories in animation. Pixar did give us The Good Dinosaur and Inside Out last year, but between now and 2019 it will only release one non-sequel. DAS, on the other hand, offers up Moana in 2016, Gigantic in 2018 and an untitled project in 2020. Where Frozen 2 fits remains to be seen, although it’s currently rumored to come out in 2018.

There are various market-based reasons for why Pixar is making so many sequels now, but it’s also a reflection of the stage it has reached in its life cycle as a studio. It’s been around long enough to have produced multiple movies with franchise potential; it just so happens they’ve decided to cash in a lot of those chips around the same time. DAS doesn’t have nearly the number of properties, but it’s already doing the Disney thing (i.e., the Tangled/Big Hero 6 shows), just not in a way which interferes with its freedom to keep producing intriguing, original movies.

Frozen 2 is understandable because which self-respecting studio wouldn’t want a sequel regardless of whether or not there’s any more story to be told? Would Zootopia 2 be the point at which DAS ceases being the new Pixar and transitions into being just any other studio? Or should we give such worries a rest and look forward to Moana and Gigantic as well as Finding Dory, Toy Story 4, Cars 3 and The Incredibles 2 because a good movie is a good movie, sequel or not?