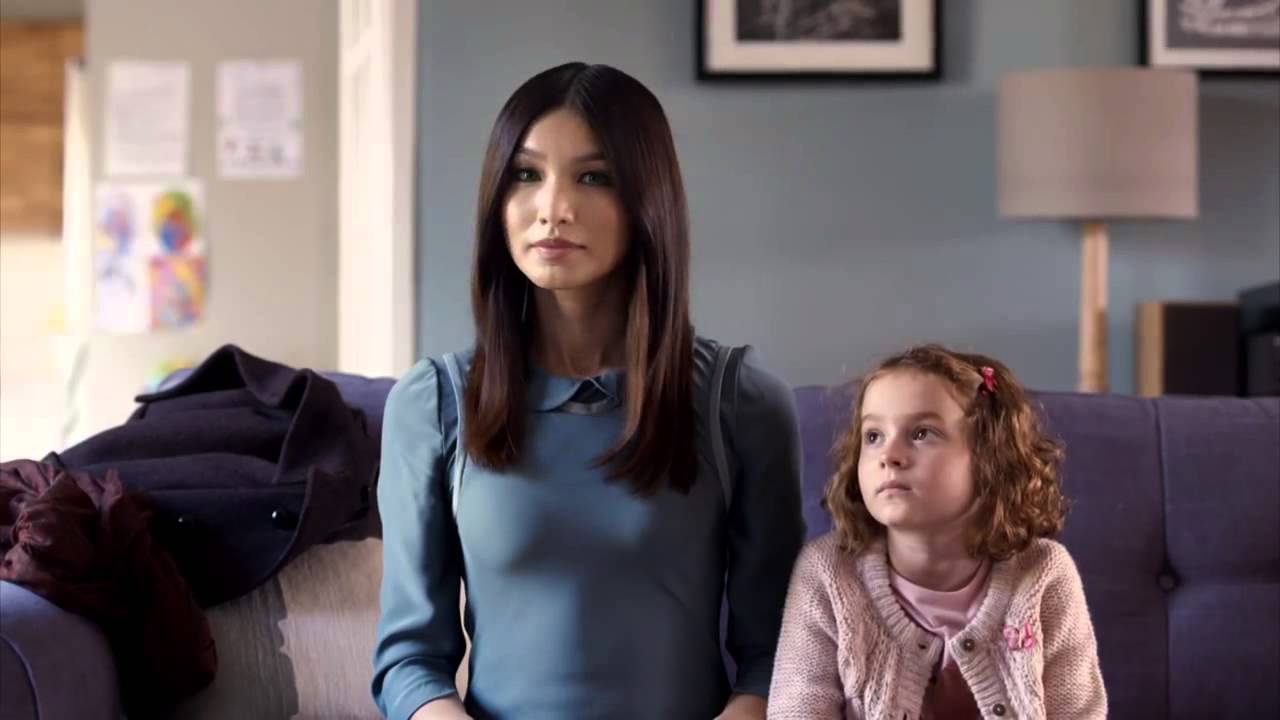 AMC’s British import Humans returns tonight for its second season, and I just finished my binge of the first season on Amazon, sucked in by this modern spin on the old Asimov-esque story about the seemingly inevitable moment when robots (in this case, humanlike robots called Synths designed to perform menial tasks, but required to charge over night like cell phones) gain consciousness. There’s a family who takes in a new Synth maid, a disabled old man (William Hurt) and an obsolete Synth he refuses to upgrade, a pair of police officers specializing in Synth-related incidents and a man and his clearly conscious Synth on the run from mysterious forces, rendering them incapable of freeing one of their own from the brothel she calls prison. As the 8-episode season progresses, these competing storylines eventually converge in surprising and satisfying ways.

Before I go any further with this review, though, it seems necessary to address the Westworld-sized hole in the room:

Is it actually possible to discuss Humans without first discussing HBO’s Westworld? Must any current conversation about TV shows in which human-like robots gain consciousness be filtered through Jonathan and Lisa Joy Nolan’s prestige remake of a schlocky 70s cult classic film? Westworld didn’t exactly invent the idea, y’know. Plus, as far as TV shows go Humans technically came first, premiering on Channel 4 in 2015, a year before Westworld. It goes even further back than that, though, since Humans is a remake of the 2012 Swedish series Real Humans.

But this is the age of peak TV, a time when not only are there an insanely high number of shows out there but also a surprisingly high number of shows which tread remarkably similar territory. As such, here’s to all the time travelers (Legends of Tomorrow, Timeless, Travelers), grifters (Sneaky Pete, Imposters, Shut Eye, Good Behavior), members of British royalty (The Crown, Victoria) and ordinary people who somehow come back wrong (The Returned, Glitch), and, yes, here’s to the robots that attain free will. We lump them together because they’re easier to remember that way, but along the way we can lose track of what makes them unique. So, let’s address the Westworld/Humans connections/differences:

Westworld is a slick, ambitious mystery box narrative (J.J. Abrams is one of the producers, after all) dealing with the intersection of technology and entertainment through the story of robots gradually taking over a Western theme park; Humans is a more low-key, grounded examination of the co-mingling of synthetic robots and humans in a world in which the former have been made into a servant/laborer class. The former obfuscates its issues through non-linear storytelling and an over-reliance on twists; the latter more directly speaks to modern anxieties over immigration and lost jobs through metaphor (there are definite echoes of Brexit/Trump-esque xenophobia).

Both shows, as TV Guide put it, “deal provocatively with the ethical, personal and self-preservation implications of lifelike robots gaining consciousness.” Beyond that, though, they could not be more different, and to champion one as being better than the other (as many have) is an unnecessary, click bait-y way to frame the conversation.

However, it works. Putting things in those terms grabs your attention. It’s why Vulture’s Jen Chaney titled her insightful review “Humans is the Best Robot Show on TV,” and it’s why I’m tempted to make a similar argument. 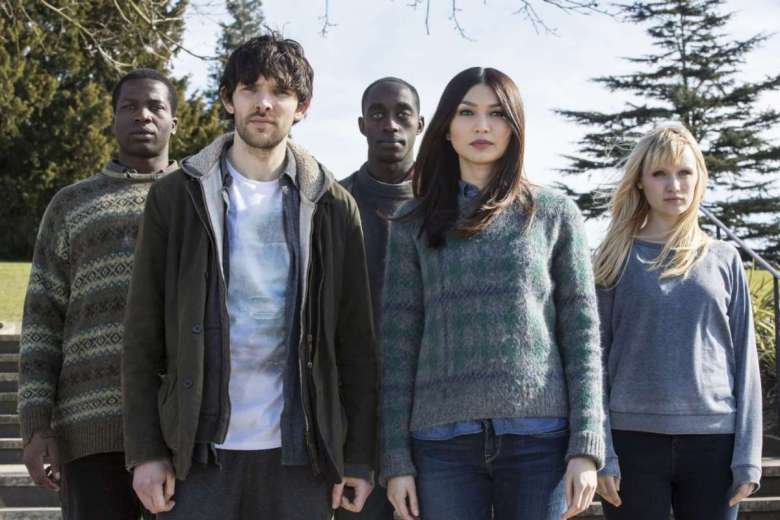 I can’t, though. Neither show is perfect, and their goals are quite different. Nothing on Humans can touch any of the Anthony Hopkins scenes on Westworld, particularly with the way his interactions with his robots progressively takes on a fascinating “god talking to his creations” vibe (crucially, the chief creator of the robots in Humans is long since dead by the time the story starts, although the show eventually attempts to use William Hurt’s character as a surrogate). However, nothing on Westworld is quite as directly relatable to our real world’s technophobia as Human’s Lucy Carless as a bright teen girl opting for a future in coding (instead of pursuing her dreams) due to her fear that anything else she might study to become will just eventually be replaced by automation.

After all, as Wired reported the world’s leading artificial intelligence experts recently concluded that new AI techniques will continue rapidly replace traditional manufacturing, health care and Wall Street jobs, just to name a few, leading to a further disappearing middle class and global economic turmoil. Heck, there are even AI programs being trained to write screenplays, although there are still some kinks in the system.

To those experts, our fascination with and paranoia about sci-fi dystopias hinging on a Skynet-like tech awakening misses the point. “One of the reasons I don’t like the discussions about superintelligence is that they’re a distraction from what’s real,” said Oren Etzioni, CEO of the Allen Institute for Artificial Intelligence. “As the poet said, have fewer imaginary problems and more real ones.” 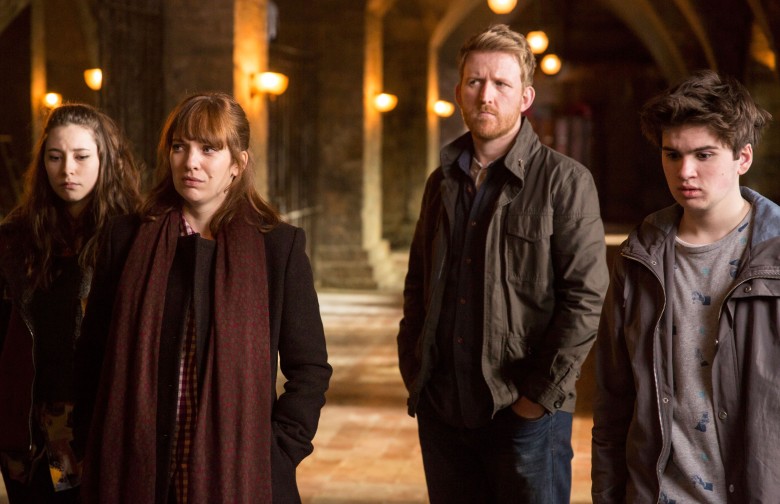 Yet  concerns about artificial intelligence have been weaved into various sci-fi narratives for decades. Just as Data on Next Generation once went to trial to argue his right to personhood so too must the Synths on Humans fight for their right to free will. This takes the form of slavery-esque vocabulary lessons, such as the dad of a family referring to his Synth maid as an “it” while his wife and children regard the maid as “her.” It also builds to various police chases and traditional physical conflicts where humans don’t stand a chance against the machines.

Humans hits all of these familiar points with impressive precision, but its multi-tract narrative proves unwieldy at times, creating tensions between those parts of the show which we care more about and want to see more of (e.g., such as the family and their curious maid) and those which don’t work quite as well (e.g., the human cop gradually becoming radicalized as anti-Synth due to his own feelings of impotence). The result is a good show, but an uneven one, likely to improve considerably in its second season.