In a recent interview with KCRW, Ava DuVernay explained why she chose to make a documentary for Netflix instead of taking on Black Panther, Marvel’s first black superhero film. It all came down to the unlimited artistic freedom and ever-growing global distribution which only Netflix can offer.

File this under: “Yet another reason why Netflix’s aggressive takeover of Hollywood has been so successful.”

DuVernay made history last month. Her Netflix documentary 13th, about the sorry state of black incarceration in America and how it traces back to the South’s sadly successful workarounds of the U.S. Constitution’s amendment which sought to free the slaves, was nominated for an Oscar. This makes DuVernay the first black woman director to have a documentary nominated by the Academy.

Of course, she made that same type of history two years ago when Selma was nominated for Best Picture, the first film from a black woman director to receive that honor. However, most of the attention at the time was directed toward DuVernay’s somewhat surprising snub in the Best Director category, coming at the start of the #OscarSoWhite controversy. Various members of the Academy stepped forward to defend themselves from accusations of sexism and/or racism in explaining they simply didn’t think DuVernay’s work on Selma warranted recognition. The net effect, though, is that you’re far more likely to remember  DuVernay wasn’t nominated for Selma than you are to remember the names of the 5 directors who were actually nominated that year (for the record, it was Alejandro G. Inarritu, Richard Linklater, Bennett Miller, Wes Anderson and Morten Tyldum).

Either way, DuVernay’s profile had been significantly elevated, and Netflix and Marvel were soon competing to be the home to her next project. As she told KCRW, “I actually got the call from Lisa Nishimura at Netflix the week after Oscars in 2015. So, that was Selma’s year. It was around the time I was talking with Marvel about Black Panther when I got this offer from Lisa Nishimura, ‘Do you want to make a documentary about anything that you want?’” 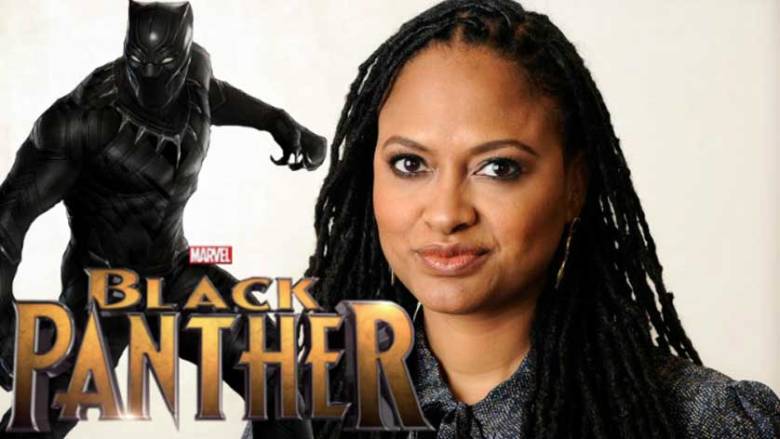 To be clear, this move on Nishimura’s part is straight out of the old-school Hollywood playbook where when studio executives recognize a promising new director they reach out and offer to produce their next movie, whatever it might be and with as little interference as possible. It’s a way of cultivating fruitful working relationships and following one’s own artistic impulses which have been informed by years upon years of working in the business and gradually moving up the ranks. Such judgements calls on the part of studio executives are how Christopher Nolan and Ben Affleck ended up in bed with Warner Bros. after Memento and Gone Baby Gone, respectively. However, as all of the film studios have fallen increasingly under the thumb of corporate conglomerates those “come make your next project with us, even if you don’t have an idea about what that project will be yet” calls now come more from places like Netflix, FX and HBO.

[13th] is my fourth doc, and I always knew that I wanted to do more documentaries. I felt like I had a little more to say after Selma, and there were things on my mind. We were in the midst of a really big Black Lives Matter moment which hadn’t quite really solidified into the movement it is now. My mind, my heart and my spirit were in a place where I just really wanted to more deeply explore some of those things I had touched on in Selma. […] It wasn’t the thing people thought I would choose.

Of course, she could have done both, 13th AND Black Panther. Many directors have juggled documentary and feature film projects simultaneously. In fact, DuVernay ended up doing exactly that, working on pre-production for Disney’s big budget adaptation of A Wrinkle in Time while also finishing up 13th (AND executive producing Queen Sugar on the OWN network). However, she chose 13th over Black Panther, and then Wrinkle in Time and Queen Sugar came after that. She’s previously explained why she turned Marvel down, but here’s what she told KCRW, diplomatically referencing Marvel Studio’s notorious factory system wherein directors must fit their vision into a clearly defined window and be okay with giving up complete control in post to Kevin Feige, Victoria Alonso and Louis D’Esposito:

They have a certain way of working that didn’t quite gel with the way that I prefer to work. Some directors thrive and will thrive in that kind of work environment. I think Ryan Coogler is going to thrive because he has a very strong personality and is going to be able to assert his vision within that environment. I am excited to see what he does. For me, though, it’s just about a choice, “Do you want to fight that fight? Do you want to do it?” And I had that on one hand, and I had Netflix saying, “Do you want to make a documentary about anything you want, and we’re just going to leave you alone and you can go do it?” That was at that moment, with the things that were in my heart and head, what I chose to do.

13th is available on Netflix, and is all the more notable now for the connections it draws between then-candidate Donald Trump’s violent rhetoric against black dissidents and some of the more regrettable moment of the Civil Rights struggles of the 1960s. Black Panther is due February 16, 2018 (Marvel making sure to release their first black superhero movie in Black History Month). A Wrinkle in Time, which DuVernay is still filming, is due April 6, 2018.