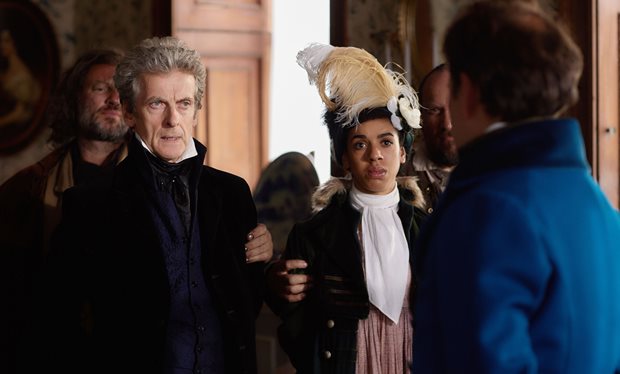 One of the most brilliant, self-sustaining parts of Doctor Who is its built-in capacity for rebirth. Every couple of seasons we get a new Doctor and/or companion, and the show itself inevitably takes on a new feel and tone related to the personalities of the new people. Don’t like the new Doctor? Give it a couple of years and another one will be on the way. Maybe you’ll like them more. Ditto for a new companion.

That’s great for continually drawing in new fans since Doctor Who has to essentially create a new pilot episode every couple of years. For longtime fans, though, it’s easier to catch on to all the tricks and storytelling patterns, to come away from yet another Doctor Who rebirth with the distinct feeling of déjà vu.

That doesn’t actually have to be a bad thing, as it can be fun watching just how hard the writers work to make the old new again (e.g., what new variation on “It’s bigger on the inside” or “What do you mean your name is just The Doctor?” will they come up with this time?). However, you simply can’t share the same sense of wonder and discovery about it that you used to, not when a show is in its 10th season since being revived and 36th season overall.

To recap: After season 9, Doctor Who went away for an entire year. To be clear, it didn’t actually stop production. The tenth season was cast, planned out and ready to start shooting 6 months after Clara and the Doctor parted ways in the season 9 finale and the Doctor finally said goodbye to River Song in the 2015 Christmas special. However, the decision was made to hold the show off the air for an entire year until a forgettable 2016 Christmas special followed by several more months of inactivity before season 10 finally got on with it.

In that gap year, a new companion was announced (Pearl Mackie’s Bill) and both Steven Moffat and Peter Capaldi announced their pending departures from the show. Rumors have since run wild about exactly how and when Capaldi’s regeneration will happen (mid-season? right before the finale? not until this year’s Christmas special? will John Simms’ returning Master have something to do with it? might we somehow see a return from a prior Doctor?). Indeed, knowing we are witnessing the end of an era has added considerable intrigue to the new season. 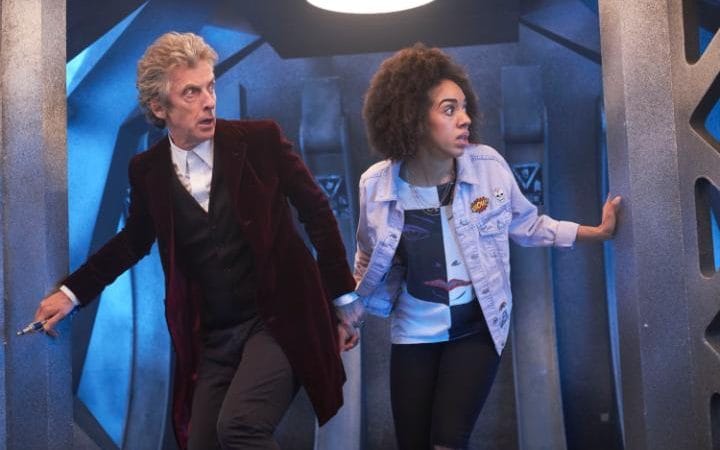 Thus far, though, the first three episodes have been instantly familiar to anyone who’s been through one of these new doctor/new companion transitions before. As a reader of the site recently laid out in the comments section of a different article: “The first episode is all about bigger on inside jokes. The second and third episode all about the doctor having morals or not” with, might I add, vague references to his tortured, morally grey past and reminder that he needs a companion around to keep his moral compass pointed in the right direction

The primary difference is the relationship between Capaldi’s Doctor and the new companion Bill. She’s not a pseudo-love interest (ala Rose or Martha), best pal (ala Donna or Amy) or partner in crime (ala Clara). Additionally, she’s not some mystery which needs to be solved (ala Clara’s first season). Instead, she is a throwback to classic Doctor Who with a 2017 twist: she’s a black lesbian who is quite literally the Doctor’s student, placing Capaldi’s Doctor into more of a grandfatherly role ala William Hartnell, the only other 55+-year-old to play the Doctor. As Moffat told TVGuide:

I remember that we had several meetings about the new companion, the new series arc and all of that. … Because we have the Peter Capaldi doctor, [it’s] a relationship between a much older man and a much younger girl. What do we normally call that? Well, we don’t really want to call it the aging rockstar and his groupie. That would be horrible. What else could it be? It can be father and daughter, absolutely could be that. Although fathers and daughters don’t tend to run off and have adventures together. You know, teacher and student. Educating Rita — the old film and play Educating Rita — I thought was kind of a good starting point for that kind of relationship.

Plus, Bill’s sexual orientation proved to be more important in the season premiere than is normal for a new companion, and the color of her skin directly informed the social commentary of the third episode, the critically applauded “Thin Ice.”

Yeah, but they already did the “it’s not easy to be a black woman time traveler because, y’know, racism” with Freema Agyeman.

True, but ask Adam Jones or American University students if it feels like old hat in 2017 for a sci-fi show to use its platform to comment on xenophobia and racism. With the world being as scary and small-minded as ever, we still have need of Doctor Who to optimistically search for good in the universe, to look at the seemingly ugly (such as the prehistoric creature under the Thames in “Thin Ice”) and find beauty even if the story is framed in familiar big-guy-exploiting-the-little-guy terms. Or to give us yet another misunderstood villain (as in the season premiere “The Pilot”) but with a fresh twist whereby her motivation revolves around the emotional connection and budding relationship between two lesbians. Or to go all Black Mirror and imagine a “the robots have turned on us” future where the robots only communicate through emoji (as in “Smile”). 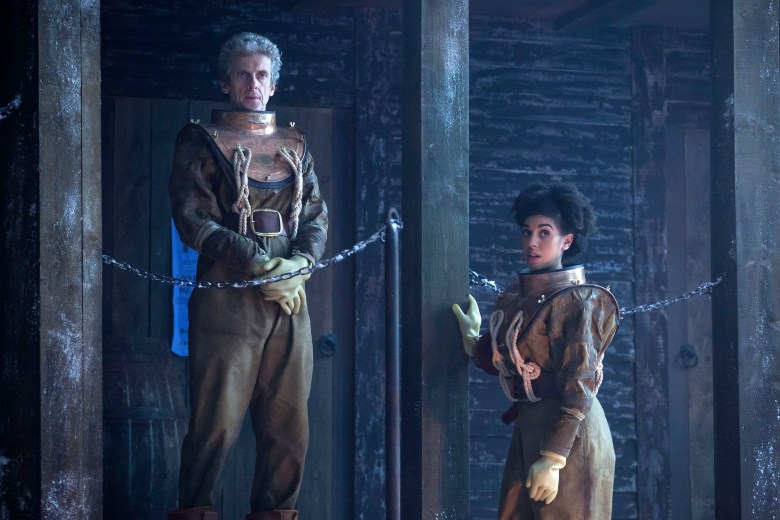 In truth, I’m not so much making these points to you, the reader, as I am talking to myself. I have been somewhat passively engaged with season 10 to this point, falling too easily into the “been there, done that” trap of feeling like Doctor Who has nothing new to offer me right now. However, part of the long-lasting appeal of Doctor Who, beyond the pure fantasy of a 2,000-year-old alien coming along to take you away from the doldrums of everyday life, is its inherent goodness. It is a series about a wanderlust-stricken hobo flying around on a magic carpet and encountering all of those same Star Trek-esque sci-fi morality plays but getting by on his wits and intellect instead of superior technology or military firepower. I mean, I already knew all of that, but maybe it took Bill’s fresh new eyes and an expertly told story about exploitation (with both the monster and its child victims being exploited by a racist, money-driven white man in “Thin Ice”) to remind me. It’s as if I’ve suddenly remembered, “Oh, yeah. Doctor Who. I love that show.”

Now I can’t wait to see what’s behind that dang vault, how exactly John Simms’ Master will return and what grand end Moffat has in store not only for Capaldi but for his overall era as showrunner.

What about you? How are you liking season 10 so far? Or are you not really feeling the Doctor Who love anymore? Let me know in the comments.