Steven Soderbergh loves movies and storytelling too much to stay away. That’s why his highly publicized retirement never really took. Within a year of “quitting” directing, he was hard at work directing every episode of The Knick for Cinemax, producing various other TV shows (The Girlfriend Experience) and movies (Magic Mike XXL) and brainstorming possible ways to put a movie out in wide-release without the assistance of a studio. Then along came a script for a southern-fried heist movie. Rather than shop it around to find the right person for the job (as he’d been asked to do) he decided to direct it himself and make it his grand experiment.

Thus we have Logan Lucky, Sodbergh’s first directorial effort since 2013’s Jude Law-Rooney Mara-Catherine Zeta-Jones psychological thriller Side Effects. Lucky stars Channing Tatum and Adam Driver as West Virginia brothers who try to rob the Charlotte Motor Speedway. By Sodbergh’s own admission, it is an inversion of an Ocean‘s movie, featuring working class characters (instead of glorified celebrities) who don’t really know what they’re doing (as opposed being complete pros ala the Oceans crew). Critics seem to like it (93% on RottenTomatoes), but opening weekend audiences didn’t much care for it, forking over just $7.6m in ticket sales and grading it a B on CinemaScore.

Is that bad? That seems bad, but it’s so hard to tell anymore.

This the part where the experiment comes into play. 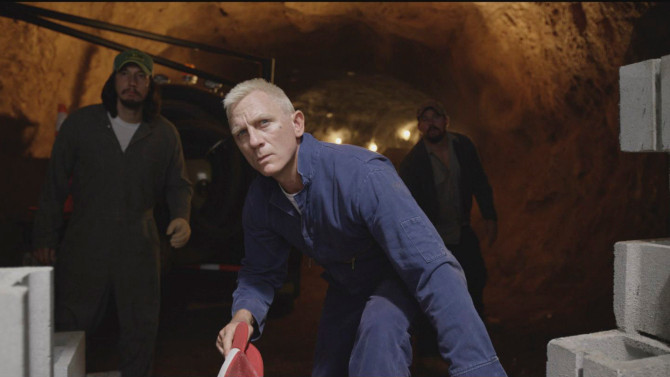 Logan Lucky isn’t like other movies playing in theaters right now. Everything else out there has a complicated set of masters to serve and tricky Hollywood accounting tricks to get through before anyone gets paid their percentage of the profits. That’s partially why Sodbergh wanted to quit. He’d simply had enough of Hollywood’s bureaucratic bullshit, and delivered a legendary speech at the San Franciso International Film Festival diagnosing all of the industry’s sins before offering a dire long-term prognosis. The man who was at the vanguard of the indie film revolution of the 90s after becoming the second-youngest ever winner of the Palme d’Or at Cannes for Sex, Lies, and Videotape had suddenly become the preacher on the street corner shouting doomsday predictions (except he had cold hard stats and sound logic to back up the doom and gloom).

Logan Lucky is his attempt to see if he can outsmart the system, though. He financed the $29m production budget by pre-selling foreign distribution rights (a tried-and-true financing strategy used by indies for decades), and covered the $20m prints and advertising budget by pre-selling the domestic home video rights. Most everyone worked for scale in exchange for profit participation. As Sodbergh told GQ:

There’s no intermediary. The money is not passing through anybody’s hands. All these people who work for scale to make this film will literally be able to go online with a password and look at this account as the money is delivered from the theaters. So it’s complete transparency. The question is: Can we put a movie out in 3,000 theaters, and spend half of what a studio would spend to do it, and succeed?

With that kind of talk, the studios must be rooting for Logan to fail. After all, this is the movie which is trying to prove that the studios aren’t necessary anymore, at least not for projects of this scale. If somebody can simply self-distribute and market a wide release like Soderbergh just did, through his new company Fingerprint Releasing, and do so successfully then what does that say about the system as it currently stands?

However, how do we know if Logan has failed or succeeded? The production and marketing budgets have already been covered. So, the only outreached hand cutting into the ticket sales is coming from the theaters, taking their customary 50% cut. What’s our threshold, then? What did Logan need to hit this weekend?

According to Soderbergh, it needed at least $15m to be considered a success. It barely made half of that. The experiment failed. Marketing and distribution departments everywhere can breathe a sigh of relief because while Soderbergh knows how to make movies he doesn’t know to sell a movie as well as they do. After Megan Ellison and Detroit, he’s the second high-profile figure this month to fail at being the head of his own indie studio. 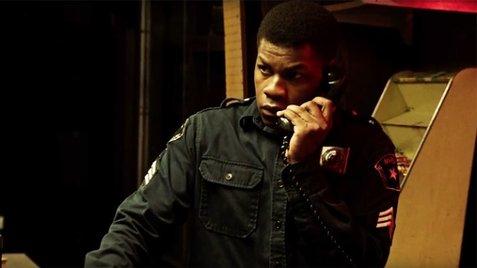 There’s a lot of redundancy and excess in the way Hollywood does things, and finding ways around that is more feasible than ever before. However, what’s broken isn’t necessarily the way Hollywood does things but instead the way audiences have grown to treat film attendance. Soderbergh said the true point of his Logan Lucky experiment was to answer the following question: “What has happened to movies for grown-ups made by people who are still interested in the idea of cinema?”

The people who made Detroit, The Glass Castle and Wind River are wondering the same thing. Just like Logan Lucky, they’re all films for grown-ups, and other than The Glass Castle they all earned unmistakably positive reviews. But here they are looking up at anemic box office totals ($15m for Detroit, $9m for Glass Castle, $4m for Wind River). Perhaps they (and Logan) went up against a historical trend which proved to be too powerful for them, specifically that August is a terrible time for new movies.