Sleep-deprived TV critics who can’t possibly keep track of yet another original content creator breathed a sigh of relief when NBC pulled the plug on SeeSo and WGN shuddered its original programming division. Finally, a sign that peak TV truly had peaked! The marketplace can’t possibly support every conceivable TV network and streaming start-up cranking out new shows competing for our attention. The herd, she be thinned, if just barely.

Yeah, not so much. When NBC and WGN close a door Apple, well, Apple doesn’t so much open a window as it buys the entire house and builds an entire city around it.

You get the point. Digital companies flush with cash are suddenly going all in on original programming, causing Netflix, Hulu and Amazon to maybe look over their shoulders. To help keep track of it, THR made the following chart which I am paying forward to you: 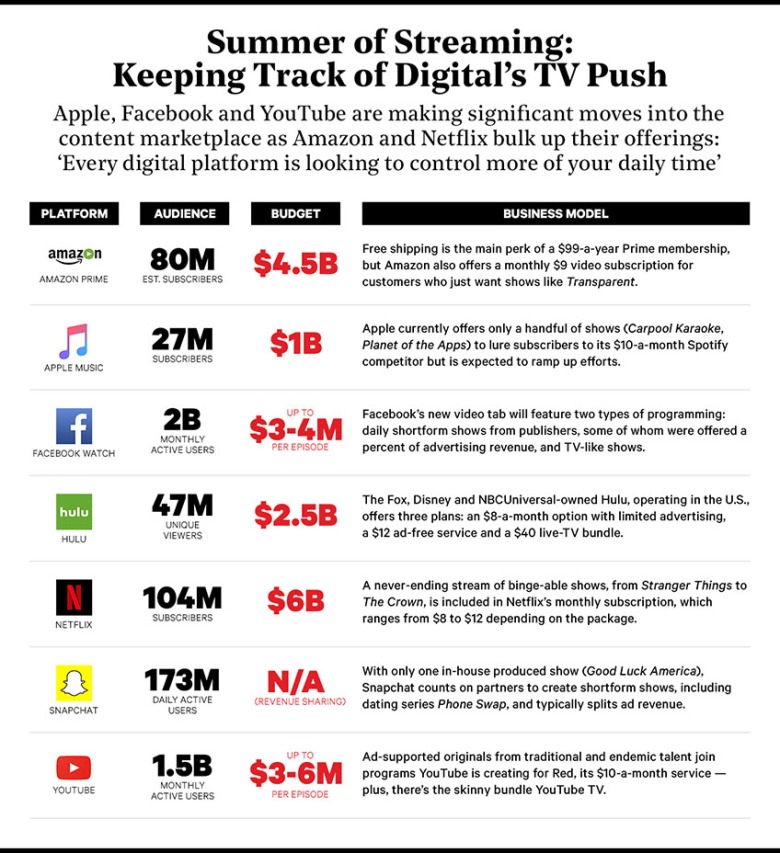