After its first two episodes, I was entranced by Maniac’s oddball charm, but fearful it might ultimately succumb to style over substance-related sins. Having finished the entire series, how do I feel now?

For anyone who has seen Eternal Sunshine of the Spotless Mind, Inception, Total Recall, or Legion, a lot of Maniac inevitably feels and looks familiar. The “let’s use technology to explore emotional trauma, indulge fantasy, or cure mental illness” sub-genre of sci-fi isn’t exactly overflowing with options, but those that do exist loom so large they’ve established the tropes others now follow. So, by the end of Maniac’s 10-episode run there are various visual flourishes and storytelling choices which have clear roots in what came before.

Yet, I’ve never seen anything quite like Maniac. It’s a series which mixes Brazil’s cynical view of capitalism (Ad Buddies? Avoid pods?) with 2001’s malfunctioning A.I. with Legion’s mind-fuck imagery/setting with Eternal Sunshine’s emotional catharsis. Certain parts of the show worked better for me than others, but I found the whole experience an intoxicating ride.

Two damaged people – Emma Stone’s Annie and Jonah Hill’s Owen – sign up for a pharmaceutical trial and come out of it better, newly bonded people. The trial is testing a drug and computer combo treatment which works in distinct stages. The patients are first submerged deep into their own minds where they relive the worst day of their life. Then, they advance to various fantasy scenarios which always have a deeper meaning than they first realize. Finally, closure is achieved by directly confronting their core inner trauma, survivor’s guilt for Annie, frayed family obligations for Owen.

Unbeknownst to them, though, the A.I. program overseeing the trial has gained sentience and is proving wildly incapable of processing all the emotions coming its way.

Can Annie and Owen reach closure?

Will the computer kill them?

And will there be any scenes where Dr. Fujita is not smoking?

Given that premise, the majority of the episodes drop Annie and Owen into a different genre pastiche as their fantasies mostly conform to different types of movies they’ve seen before. It’s really a great excuse for series director Cary Fukunaga to show what he can do. His take on an I, Tonya-like late-80s/early-90s white trash crime world is easily my favorite.

The pattern to the fantasies becomes clear by the fourth episode, which is that for all the silliness on display there will be periodic bursts of heartbreaking insight into who these people are and what they’re dealing with. Annie, we learn, is mourning the sister she practically raised after their mentally disturbed mother abandoned them. Owen, by comparison, is struggling with barely-controlled schizophrenia and his wealthy family’s demands that he lie under oath in court to protect his brother. We see over the episodes how their fantasies gradually incorporate that background trauma. For example, Annie has to protect her sister in a Lord of the Rings scenario. Owen is dropped into a Baby Driver/crime movie scenario where his mob boss of a dad rants about killing snitches.

Each episode is at its best when either Annie or Owen snaps out of their fantasy, suddenly remembers who they really are, and delivers a monologue so perfect it’s sure to be repeated at various awards shows in the coming years. Emma Stone’s delivery of one such speech at the end of the fourth episode just broke my heart. It’s probably going to win her an Emmy.

Annie, of course, is the brasher of the two, more prone to loud displays of emotion than the perpetually restrained, practically whispering Owen. But Annie’s trauma is also a lot easier for the show to visualize, and dealing with death seems to trump dealing with a family that doesn’t respect you. As a result, she tends to pull focus from Owen, but in the end they form a duo worth rooting for.

Meanwhile, back in the real world the head scientists (Justin Theroux and Sonoya Mizuno) in charge of the program turn out, Eternal Sunshine-style, to be just as messed up as the patients. Eventually, a Sally Field-faced manic-depressive A.I. almost kills everyone, only after unsuccessfully debating the woman (Field, playing Theroux’s impossible-to-deal-with mother) whose personality was used to form her emotional matrix in the first place.

This is the part of the show which I found least interesting. According to Theroux’s recent Vulture interview, his character was more straight-laced and bland on the page. Fukunaga and co-creator Patrick Somerville sought out an actor who could help re-shape the character into something more distinct. It was Theroux who pushed him into being a web of neuroses suffering from mommy issues and various anxieties related to hair loss and career misfortunes. 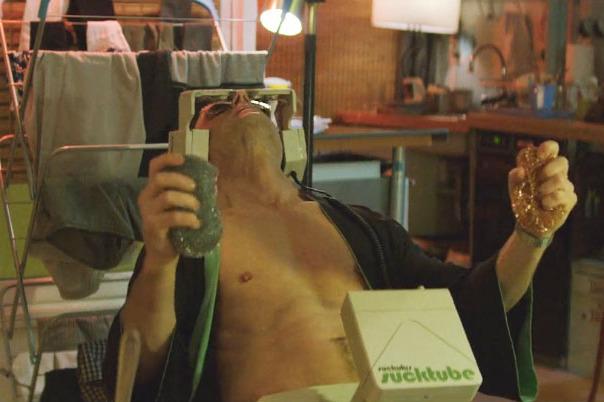 This is happening to him, of course, at a time in the show when Annie is in her Lord of the Rings costume, but has broken through the fantasy and is about to share her last words with her sister as part of her emotional breakthrough. It’s a heady moment, and it’s being undercut by Theroux camping it up like crazy back in the lab room scenes.

I found those two halves of the show to occasionally be at odds with one another. What’s happening back in the lab with Theroux, Field, and Mizuno is exactly as broadly sketched and playful as the fantasy sequences, but it never cuts through all of that with any real nuanced character exploration. It’s just Sally Field chasing a hysterically blind Justin Theroux, screaming “Let me hug you” while he screams back “Don’t touch me!”

Maniac blends various genre tropes and dreams up a risk-taking scenario where just about every other episode is set in a new fantasy world where the lead characters change identities. You go into not knowing if that’s all going to work or if it will seem admirable in its ambitions, but flawed in execution. Whenever the camera was on Emma Stone or Jonah Hill, I found it to be a wildly successful ride of fantasies, crazy accents, fun wigs, and, eventually, moving emotional breakthrough; whenever it veered over to Justin Theroux, less so. But, as a whole, I had a blast. 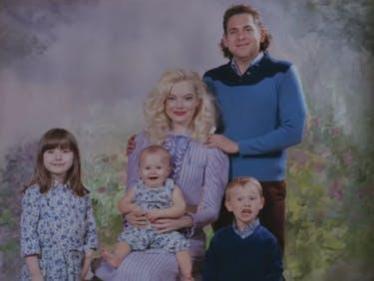 What are your thoughts about Maniac? Let me know in the comments.