So, they finally did it. Marvel released an Avengers 4 trailer. Not only that, they also gave us an actual title: Avengers: Endgame. So, yes, officially switch your hashtags to #AvengersEndgame and pat yourself on the back if you heard Doctor Strange’s “We’re in the end game, now” line from Infinity War and thought, “Say, that’d be a pretty good title.”

Now, class, what did we just learn? Other than Thanos, everyone’s super sad, like single-tear-down-the-cheek sad. Hawkeye’s gone Ronin. Iron Man can’t even get back to Earth. Fellow Infinity War survivors Okoye and Rocket are oddly not pictured here. Ant-Man is listed as missing in the Avengers’ files, but thanks to Ant-Man and the Wasp we know he’s actually alive and might just hold the key to Cap and Black Widow’s grand plan. So, ya know, basically everything we already knew or had predicted, but, hey, it’s nice to see Cap shaved his vigilante beard.

This comes after the Captain Marvel trailer earlier this week, which was certainly a boon for Hollywood diversity (first Marvel Studios film co-directed by a woman, first solo Marvel Studios flick for a female superhero) and delighted fans of cosmic mohawks and CGI de-aging technology but also had the faint feel of a consolation prize. It’s not that the Captain Marvel trailer wasn’t a big deal; it simply wasn’t the biggest deal in the MCU, not with the weeks, nay, months of mostly fan-fueled rumors about when the new Avengers trailer would drop.

Infinity War is one of, if not the single biggest movie of all time, depending on how you measure it, which gives its direct sequel considerable more weight. So, to some Captain Marvel is like the game tape they simply have to watch to figure out how the Avengers win their inevitable rematch with Thanos since Brie Larson’s Kara Danvers promises to be their ringer. To others, Infinity War, its impenetrable plot and bullshit ending can suck it. Captain Marvel is a welcome return to something a tad more accessible and empowering. Either way, based on this new trailer the film does look, as they might have said in the 90s, totally rad.

We’re not done yet, though. Soon, Sony’s going to drop its first Spider-Man: Far From Home trailer, possibly tomorrow at Comic-Con Experience in San Paulo, Brazil.

So, right now, pretty damn good time to be a Marvel Studios fan.

But, what about July 6, 2019? That’s the day after Spider-Man: Far From Home comes out. From that point forward, there are eight new Marvel Studios movie planned through 2022 and not one of them has an official title yet. Plus, Bob Iger is eyeing a late 2019 launch for Disney+ which means the continued, but newly small-screen adventures of at least Loki, Falcon/Winter Soldier, and Scarlet Witch/Vision, if not more down the line. What does that future look like?

As has been the case for a while now, we know more about that than we might think. Vanity Fair looked at all the signs earlier this week and pulled together a working list of what just might be Marvel’s next batch of movies. The MCU’s future, to borrow a phrase from a certain failed presidential candidate, is female, but also broadly diverse: 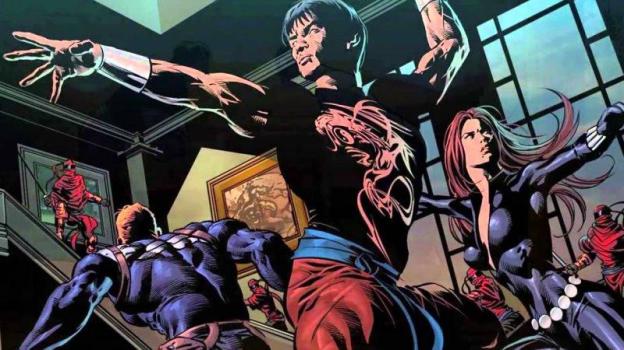 Shang-Chi: Deadline reported Monday that Marvel is “fast-tracking”a film based on the early-1970s comic Shang-Chi, to be penned by Chinese-American writer Dave Callaham. The film will be careful to avoid stereotypes lingering from the era when Bruce Lee’s Enter the Dragon inspired a worldwide martial-arts craze—one that didn’t always respect Asian cultures. Shang-Chi will attempt to give viewers the representation they’re clamoring for—with the film looking to imitate the success of Black Panther, which, under the guidance of writer-director Ryan Coogler, both earned massive profits and paid homage to the African cultures that inspired the fictional Wakanda. Marvel is no doubt also eyeballing the massive domestic (if not necessarily foreign) success of another 2018 film: Crazy Rich Asians.

Black Panther 2: One of the reasons Marvel Studios hasn’t made a big, official announcement about what’s coming after May 2019 is, likely, because it hopes to keep audiences in suspense about the fates of the various heroes who vaporized in Infinity War—not to mention the ultimate fates of those who will battle in Avengers 4. That being said, despite the fact that Chadwick Boseman’s T’Challa was dusted by Thanos, Ryan Coogler has signed on to write and direct a Black Panther sequel—which, reportedly, will start production in either late 2019 or early 2020.

Doctor Strange 2: Benedict Cumberbatch’s Stephen Strange also vanished at the end of Infinity War, but he, too, will get a sequel, likely directed again by Scott Derrickson. Co-star Benedict Wong reportedly indicated recently that production could start before the end of 2018, making this, potentially, the next Marvel film to follow Avengers 4.

Guardians of the Galaxy Vol. 3: This film was initially expected to follow up Avengers 4, but has been put on hold indefinitely following the controversial firing of James Gunn—and the cast’s very public protest over losing their leader.

Black Widow prequel: This stand-alone film featuring Scarlett Johansson’s spy character doesn’t have an official production or release date, but it does have a female writer in Jac Schaeffer; possibly a female director in Cate Shortland;a massive payday for female lead Johansson; and, potentially, a 2020 release. The film is purported to have an early-90s James Cameron action-flick vibe, and is set before the events of the very first Avengers movie—in which Natasha first met Bruce Banner, Steve Rogers, Thor, and more. The massive success of Wonder Woman may help explain why the future of Marvel looks so female.

The Eternals: Just before her film The Rider took home the top prize at the Gotham Awards, Marvel snapped up Chinese director Chloé Zhao to direct a script by Matthew and Ryan Firpo,based on the characters created by Jack Kirby in the 1970s. This concept gives Marvel a big opportunity to have fun with history: in the books, the Eternals’ saga started millions of years ago, when scary space gods called Celestials genetically experimented on humans to create the superpowered and near-immortal Eternals and their evil counterparts, the Deviants. The two races subsequently moved behind the scenes throughout human history. Though this would be an ensemble piece, Marvel Studios chief Kevin Feige has said in the past that such a project would focus primarily on the Grecian Sersi (Themyscira, anyone?), whom classical scholars will know as Circe. (Not to be confused with Cersei.)

Captain Marvel 2: Unless something goes terribly wrong with Brie Larson’s M.C.U. debut, expect this film in the future.

Ms. Marvel: In a recent interview with the BBC, Kevin Feige set hearts aflutter when he said: “We’re doing Captain Marvel right now. Captain Marvel‘s shooting right now with Brie Larson. Ms. Marvel, which is another character in the comic books, the Muslim hero who is inspired by Captain Marvel, is definitely sort of in the works. We have plans for that once we’ve introduced Captain Marvel to the world.” Ms. Marvel is the alter ego of Muslim teen Kamala Khan. So, if you’re counting, along with Peter Parker and Stephen Strange, we can expect African, Asian, Muslim, and female heroes fleshing out the slate as Marvel forges ahead in a post-Avengers world.

That’s 8 movies for 8 release dates, but it probably won’t end up being quite as neat as that, not with the X-Men/Deadpool universe about to be absorbed by the Disney machine and lingering possibility for further films from any of the OG or even second wave Avengers who survive Endgame.

This is part of a larger trend. Looking at the entire superhero movie landscape right now, everyone appears to be leaning hard away from the same old white guy heroes. Venom and Shazam fit that description, sure, but a brown-skinned Aquaman and half-Puerto Rican, half-African American Spider-Man are about to dominate the Christmas season box office. DC is creating a diversity rainbow with its multi-ethnic ensemble cast for Birds of Prey (And the Fantabulous Emancipation of One Harley Quinn), not to mention Wonder Woman 1984, a planned Cyborg movie, and Ava DuVernay’s undoubtedly ambitious plans for an all-inclusive New Gods movie.

What happens next is, sadly, entirely predictable. As The Guardian noted:

Other well-established, fan-friendly franchises, such as Star Wars and Doctor Who, have attracted ugly criticism for incorporating female or minority characters or “politically correct” stories. The comics world is no different. Following in the footsteps of Miles Morales, Marvel and DC have diversified their comic book lines. A backlash emerged. See: The comicsgate movement. Some, including Marvel’s own executives, have even blamed falling comic book sales on too much diversity. This theory is incorrect – two of the biggest-selling titles last year were Black Panther and Ms Marvel – but it does suggest a conflict between diehard, conservative-minded fans and general movie audiences. If so, it is this latter contingent, who are global and diverse themselves, that now control the fate of superhero movies.

So, get ready for Captain Marvel to help kick Thanos’ ass, and after that expect the superhero landscape to expand out into different cultures in an ongoing bid to chase the almighty dollar. Right now, the smart money after Wonder Woman and Black Panther is on diversity.

“Black Panther’s not real, but he represents real hopes, and real dreams, and real representation,” Kevin Feige recently said. “A lot of people said: ‘Wait a minute, this is a hero that looks like me.’ And the importance of that really can’t be understated.”