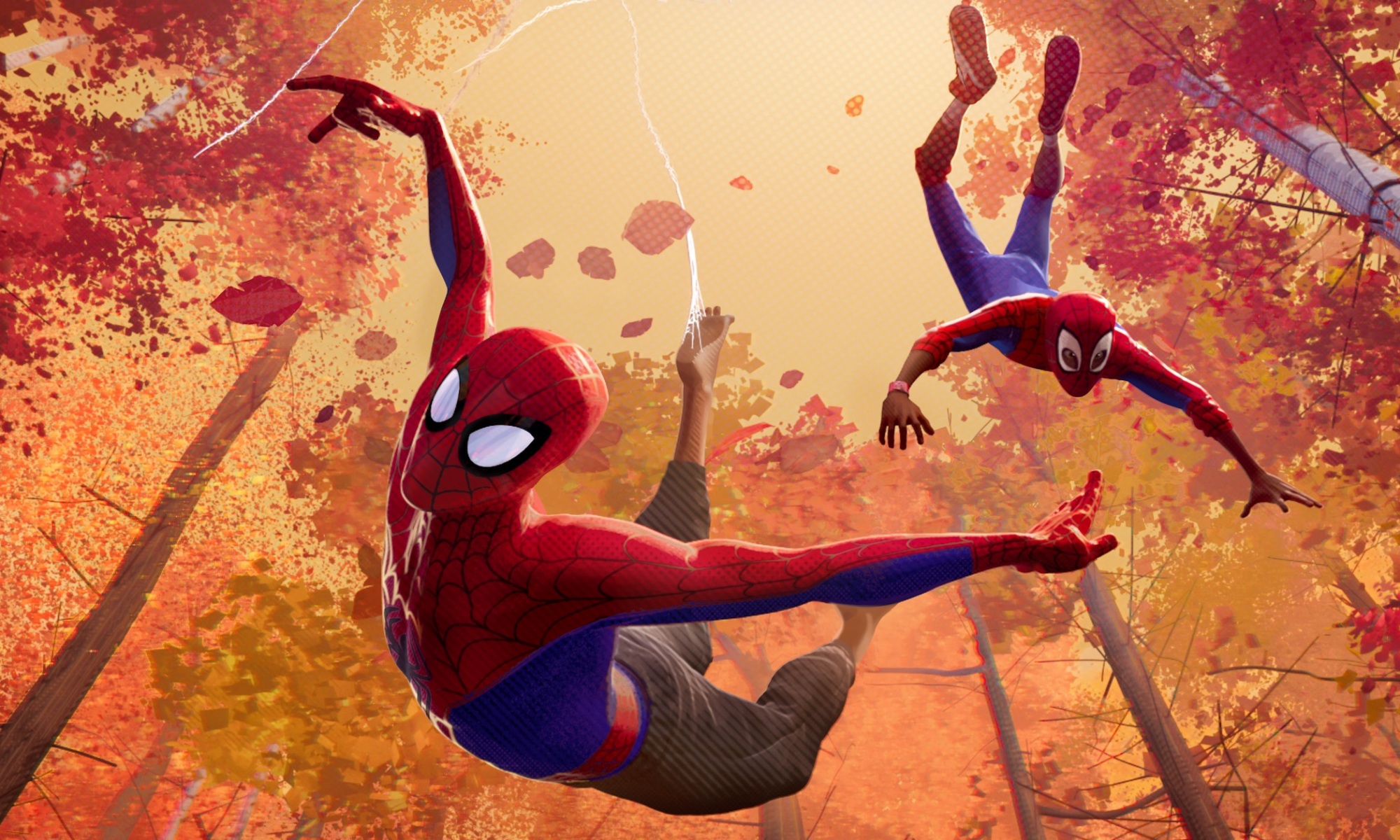 With so many superheroes dominating both the big and small screen, it’s increasingly easy to get lost in the weeds and lose track of what makes the superhero narrative and empowering in the first place. Every now and again, we need a movie that comes along to remind us of that. Wonder Woman did that for me. So did Black Panther. Few have ever done it any better, though, than the genuinely stunning and instant candidate for one of the best blockbusters of the year, Spider-Man: Into the Spider-Verse.

It’s also one of the most unapologetically comic booky movies I’ve ever seen, both in its bonkers storyline and thought bubble, half-tone dot, and line work-heavy visual presentation. Sam Raimi’s live-action Spider-Man movies set the modern template for how family-friendly comic book movies should be made. 16 years later, Spider-Man is doing it again with Into the Spider-Verse, except this time he’s not so much setting a template as he is showing just what can be done with an animated comic book movie. Plus, also, this time Spider-Man’s not actually white.

He’s not always a guy, either.

Actually, in one case he’s not even human.

It’s, um, complicated, in all the ways you’d expect from a movie which dares to tackle the crazy, wide world of the multi-verse, pulling together various different kinds of Spider-Men – and one Spider-Woman – from alternate universes and having them team up against a mountain-like Kingpin (voiced here by Liev Schreiber).

The main Spider-Man of this story, however, is Miles Morales (Shameik Moore), a half-Puerto Rican, half-African-American teenager with Spidey powers of his own after an unfortunate incident with, you guessed it, a radioactive spider. Upon witnessing the death of his universe’s Spider-Man (voiced almost unrecognizably by Chris Pine), Miles vows to step into his place and stop Kingpin’s universe-threatening evil scheme. But, when another, older, pudgier, slightly more cynical Peter Parker (this one perfectly and often quite hilariously voiced by Jake Johnson) shows up, Miles suddenly has a much bigger and far more confusing problem on his hands.

All of that before he meets Spider-Gwen (Hailee Steinfeld), black and white film noir homage Spider-Noir (Nicolas Cage), anime-inspired Peni Parker (Kimiko Glenn) and, of course, Spider-Ham (Josh Mulaney), a Tex Avery-animated talking pig with mallets and sound effects. Whatever Kingpin did opened the door between dimensions, and now it’s up to them to close that door, save the universe – ya know, standard superhero stuff.

This certainly sounds like the perfect premise for a Lego Batman Movie style send-up of all things Spider-Man, a Christopher Miller-Phil Lord speciality after Lego Movie and their meta-action comedy franchise 21 Jump Street. Here, Miller produces while Lord co-produces and co-writes the screenplay, and their imprint is certainly all over the place. However, while there are, according to Lord’s Total Film interview, “more Easter eggs than necessary, almost more than we could afford,” there’s also a considerable amount of heart in the story.

Miles, as another character points out, ends up going through a rather rough origin story, one I won’t spoil anymore here for anyone unfamiliar with his comic book history, and the movie makes you feel his desperation to get back off the ground and keep fighting. His reverse Mr. Miyagi dynamic with Jake Johnson’s Peter Parker where he’s the one who has to actually teach the teacher endears as does his friendship with Gwen, but it is tortured relationship with his disciplinarian father (Brian Tyree Henry) and more supportive uncle (Mahershala Ali) which really tugs at the heart strings and nails the peculiarities of being a kid.

You end up rooting not just for him but for all the Spidey people in the story, all of whom eventually tell us their origin story in a “I know you’ve already heard this one before, but this is still super important stuff for me” kind of way. The Lego Movie was the result of Lord and Miller looking at both the state of blockbuster cinema and the Lego toy empire and asking, “What, fundamentally, do people like about these things? What keeps us coming back?” Similarly, Spider-Verse feels like them inspecting superhero cinema and the Spider-Man character and asking what the fundamental universal appeal of it all is.

“By throwing a bunch of really obscure, really diverse Spider-characters together, you’re reaching something that isn’t just for hardcore nerds, it’s also universal,” Miller told Total Film, summarizing the entire ethos of the film in the process. “‘I’m not the only one’ is the big idea. That seemed really powerful. While superhero stories are often about the chosen one, it’s really nice to know that all of us are the chosen ones, and we’re all trying to figure out what to do about that.”

In the end, spoiler, Miles finally gets his chance for an “I AM Spider-Man” speech, just like all the other Spider-Folk have before him. He uses the moment to restate his origin story and spell out his daily struggle to save the world while also trying to finish his homework, but he also makes a point to empathize that while he’s Spider-Man, he’s not the only one. “We’re all Spider-Man. Didn’t you know?”

Damn if that isn’t a sneakily powerful message snuck into a movie with a talking pig and an acid-trip of a climactic fight sequence in which universes collide with another in the background.

Yes, there is an obvious opening for a sequel, one which is actually already in production and promises to bring Miles into Spider-Gwen’s universe and explore a potential romance between the pair. However, Into the Spider-Verse beautifully functions as a complete story, one which entrances with its never-before-seen visuals and wild, hip hop meets punk rock approach to blockbuster storytelling. By the time your eyes and ears to adjust to it all, you’ve been sucker-punched in the heart with an empowering story of a kid who refuses to stay down and his new friends who know all too well what it means to be a hero.

A true game-changer in superhero animation and welcome reminder of just why we love Spider-Man so much. 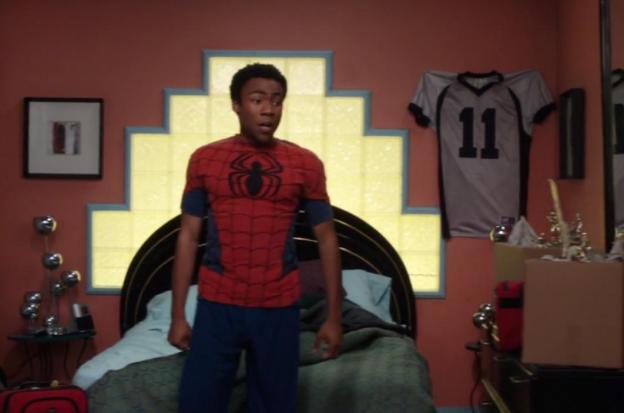