So, I’m a little late with my Top 10 list. It’s the curse of actually having to have a real job and relegating blog writing to the level of enjoyable hobby. Ah, the curse of adulthood. It’s the same reason Spider-Man: Into the Spider-Verse isn’t on my list. I just haven’t had the chance to see it yet. In addition, living in Kansas means I have yet to have the opportunity to see Shoplifters or Burning.

With those caveats aside, it’s safe to say 2018 was a strong cinematic year. Trying to assemble my top ten, I started my list with the films I thought could be on top, realized I had too many, and slowly, painfully whittled them down. But in a year in which the brilliant, Twilight Zone-esque Sorry to Bother You, Wes Anderson’s Isle of Dogs, the gorgeous, sweet love letter to canines that doubles as a critique of xenophobia and authoritarianism don’t quite make it into my top ten, it feels safe to say it was a strong year for movies.

In addition, Black Panther held onto its top ten spot for quite a while but was ultimately bumped, as did the beautifully acted Can You Ever Forgive Me?, which featured wonderful, heart-breaking turns by both Melissa McCartney and Richard E. Grant.

The world didn’t deserve Mr. Rogers, and it certainly doesn’t deserve him now, but Morgan Neville’s loving, affectionate documentary about the man who taught children that their voices were important enough to be heard felt like a soothing balm on a truly frustrating time. Sure, we have a giant, orange man-child sitting in the Oval Office, but if Mr. Rogers can have faith in mankind’s inherent goodness, then maybe all is not lost.

9) The Death of Stalin

Then again, maybe there is no hope. That’s the feeling that remains after a viewing of Armando Ianucci’s scathingly hilarious, horrific Death of Stalin. It’s a film about the built-in absurdity of living under a deranged dictator who might pat you on the back or shoot you in the head, depending on the wind’s direction. While it doesn’t make direct comparisons to our current political climate, the parallels are difficult to overlook. However, even without those contemporary allusions, Death of Stalin would still be one of the sharpest, grimmest political satires of the past decade.

While Mamma Mia: Here We Go Again may have borrowed its narrative trajectory from The Godfather: Part II, Paddington 2 was stealing from it in the quality department, as it’s a sequel that expands upon and improves a near perfect initial installment. Stuffed to the brim with narrative whimsy and beautiful visuals (including a journey through a pop-up book that may be the most glorious thing I’ve seen on screen in 2018), it’s a film about a character’s intrinsic goodness earning the love of those around him. Hugh Grant’s hilarious turn as a villain who doesn’t want to share the spotlight with anyone else is just the icing on an already delicious cake.

Bo Burnam’s affectionate, nuanced portrayal of a young girl about to leave eighth grade (the phenomenally naturalistic Elsie Fisher), vlogging about her social anxieties and trying to figure out exactly where she belongs, serves as the ultimate reminder of how awful our early teenage years can be. Though it’s guaranteed to cause winces of recognition throughout, Eighth Grade’s grandest accomplishment remains its believability and underlying verisimilitude. Its ambitions are small but its accomplishments are mighty.

If there’s one facet of 2018 that hurts me a bit, it’s that Alex Garland’s phenomenal sci-fi/ horror masterpiece underperformed at the box office. Hopefully, it’s brilliance doesn’t go undiscovered in the Blu-ray/ streaming world. The story of a cellular biology professor (a heart-breakingly good Natalie Portman) venturing into an unknown environment to better understand what happened to her husband (Oscar Isaacs) and encountering more than she thought possible, Annihilation’s strengths lie in its trippy, horrifyingly beautiful visuals and its ambitious examination of identity and how humanity defines itself. In addition, assembling an entirely female crew to explore those things gives the film an admirable, emotional punch. I can’t claim I completely understand everything that happens on-screen, but I love it more with each additional viewing.

5) You Were Never Really Here 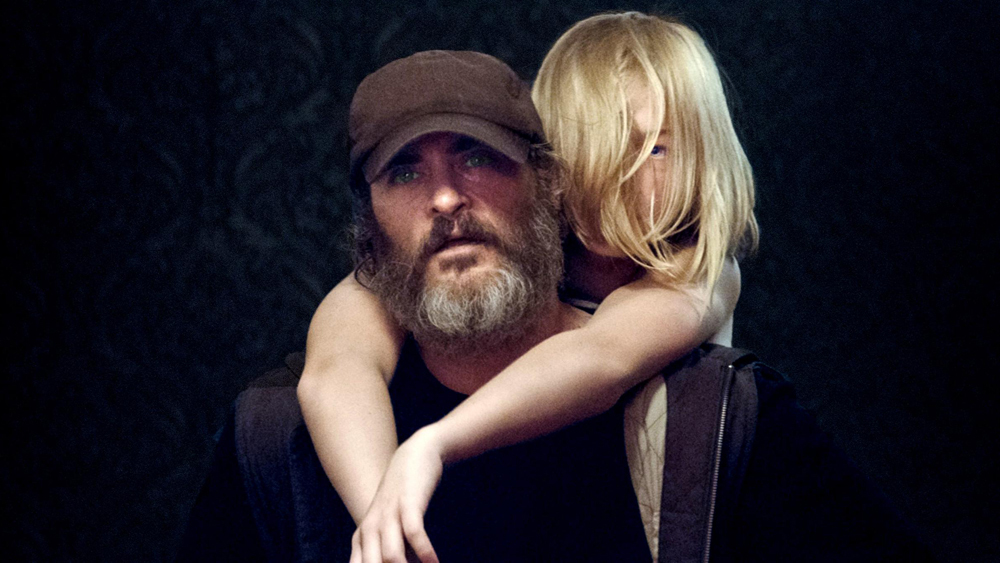 The story is familiar. A damaged, haunted male protagonist takes a job that should have been routine but ends up leading him down a dark, twisted path. We’ve all seen that before, right? However, Lynne Ramsay’s tense, taut psychological thriller, boosted by a fully committed Joaquin Phoenix, is one of the most haunting thrillers I’ve seen this decade. The film clocks in at less than 90 minutes. There’s no narrative fat. It moves at a bleak, relentless pace until it reaches a conclusion that leaves you breathless. If you missed this one, it’s well worth your time.

Olivia Coleman’s, Rachel Weisz’s, and Emma Stone’s gloriously nasty performances would be enough to launch this film into my top ten, but Yorgos Lanthimos’s cruelly funny film has an undercurrent of despair that elevates it to masterpiece status. It’s a film in which women have the power and the men sit and play games or act as mere pawns in schemes they don’t fully understand, and it ends on one of the most perfect images imaginable. 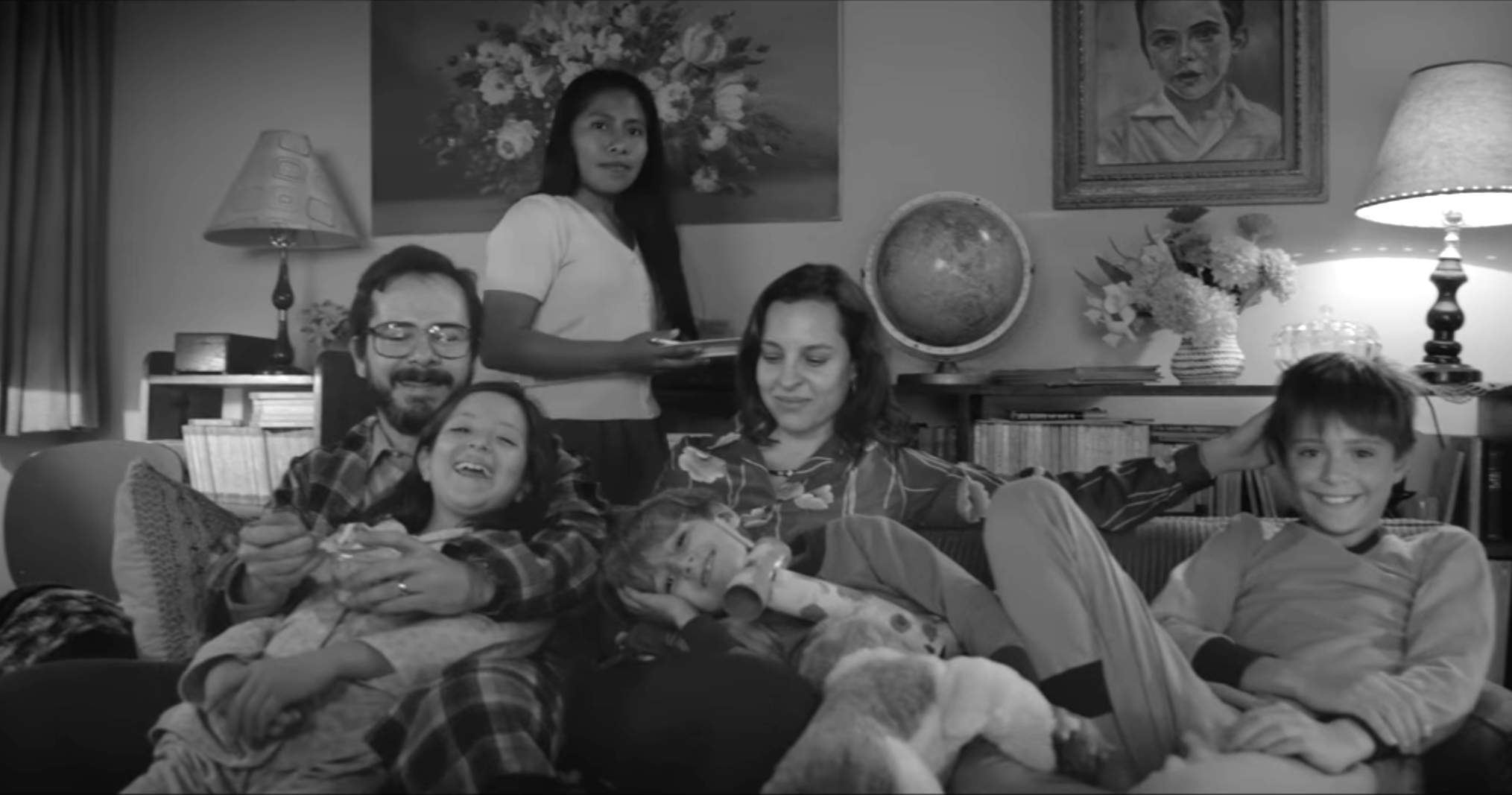 Every frame of Alfonso Cuarón’s loving, heartbreaking look at a maid caring for a family in 1970s Mexico while political unrest unfolds around its narrative fringes bursts with life and vitality. Featuring glorious, naturalistic performances, most prominently Yalitza Aparicio as Cleo, whose entire world collapses and reforms itself throughout the film’s narrative. In fact, Roma examines a world adapting and changing and coping with unrest, while its characters must adapt and cope with their own smaller, life-altering setbacks.  As heartbreaking and devastating as the film can be, it’s ultimately a celebration of life and the relationships we form.

Just as she did in Winter’s Bone, writer-director Debra Granik manages to film naturalistic environments in a way that makes them appear both hauntingly beautiful and completely foreboding, while also relying on her actors to convey emotional complexity with minimal dialogue. Leave No Trace’s narrative centers around a PTSD-stricken father (Ben Foster) and his precocious teenage daughter (Thomazin McKenzie) living off the land in a public park. When they’re discovered and forced into civilization, they come to realize their lives have been irrevocably altered, and his daughter realizes she may not be able to live the life her father needs. What follows is a beautifully nuanced character study that leads to an affecting, devastating conclusion. Foster and McKenzie give brilliant performances, often having only their body language and eyes to convey their feelings, and they do so with aplomb. I love this film completely. I want to hug every frame and thank it for existing.  It’s the kind of film that reminds me of cinema’s ability to make us feel for characters that feel both completely foreign to us, yet achingly familiar.

Paul Schrader, for all of his character flaws, has made one of the most distinctive, remarkable films of his career. It’s a film about despair and how the inability to find meaning in the world can bring out our most destructive impulses. Anchored by a haunted, devastating performance by Ethan Hawke as a disillusioned priest who finds himself more and more consumed by the fear that we are destroying the world and that there is nothing that can be done to stop it. The film examines substantial themes but keeps an underlying sense of suspense and tension simmering beneath the surface. Every frame is perfectly constructed, every performance is exactly what it needs to be, it never steps wrong (and it could many, many times), and it features a writer-director at the top of his game. It’s the kind of story that could really be told through film, and like Leave No Trace, it reminds me of why I love movies so much in the first place.