2018, oddly, has been the year of movies about musicians. Some of them, like the Nick Offerman-Kiersey Clemons team-up Hearts Beat Loud and Ethan Hawke’s Blaze, played to limited audiences. Others, like Elle Fanning’s Teen Spirit and Elisabeth Moss’ Her Smell, debuted in Toronto to decent reviews. The two everyone knows about, A Star is Born and Bohemian Rhapsody, however, are rather traditionally entertaining, the former the fourth version of a classic Hollywood melodrama, the latter a by-the-numbers music biopic with an adversarial relationship with historical fact. They both ultimately celebrate the power of the artist’s expression through music.

Vox Lux, writer-director Brady Corbet’s provocative tone poem which has divided critics from the moment it debuted, is the antithesis of all that. This is a deeply cynical movie for our deeply cynical times. Through its tale of a teenage school shooting victim (played by Raffey Cassidy) turned adult pop star (played by Natalie Portman), Vox Lux aims to deconstruct our modern view of celebrity, peeling back the curtain to reveal soulless, self-destructive individuals offering up innocuous distractions at a time when we should all be far more civically engaged. Like Bohemian Rhapsody, it ends quite simply with around 20 minutes of concert footage, but rather than serving as the triumphant climax to an artist’s career it instead functions as the final finger-pointing act of a very finger-pointing kind of movie. 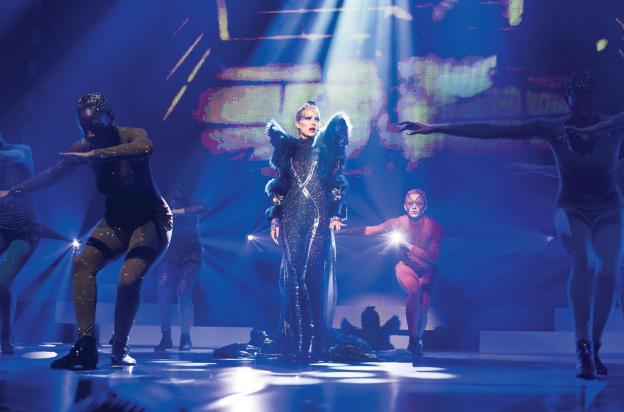 For example, near the end of the performance, the giant video screen behind a gyrating Natalie Portman depicts hellfire as if it’s engulfing both her and the audience, most of whom smile through it all and sing along to the lyrics. If we’re too stupid to get the obvious metaphor, Willem Dafoe’s third-person omniscient narrator pops back up to tie a bow on it for us. It’s the final unsubtle act in an overall effort from Corbett which is so convinced of the death of America’s soul he practically wants to shout it from the rooftops. 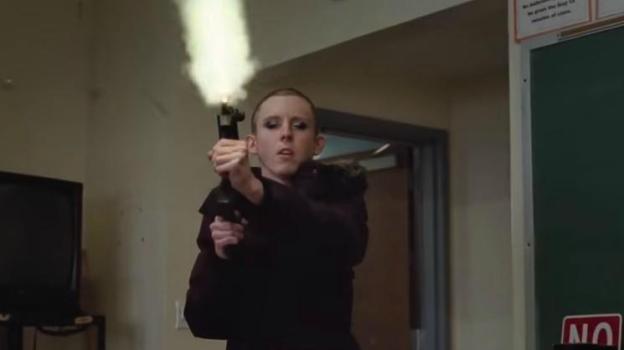 That should hardly be surprising given the way the movie starts, which is with a truly harrowing depiction of a school shooting incident taking place one year after Columbine. The roughly 13-year-old Celeste is shown to be a selfless person in this moment of tragedy, offering her life in exchange for the shooter sparing everyone else in her music class. Instead, she emerges from the room as its only survivor, albeit a wounded one with a shot to the neck which miraculously stopped short of severing her spinal cord. From her hospital room, she partners with her older sister to channel her grief into a genuine, heartfelt song which they debut together at a televised event meant to mourn the victims. The song, of course, becomes an instant national hit.

Soon enough, she has an aggressive manager (Jude Law) and a record deal. Few if any of the adults in the room have her true well-being in mind. Some, like her older sister, go too easy on her since she’s a victim. Others, like Law, push her too hard since they see her as an obvious meal ticket. Either way, Celeste is wildly determined to become a star, leaning on far too many pain pills just to be able to gut it through her intense choreography lessons. In her quieter moments, she reflects on life and art and admits this is all just a big distraction for her to escape thinking about how she almost died.

There is a purity to her, one which you hate to see being gradually corrupted by the failure of those who should be looking out for her. The still somewhat innocent, sometimes profoundly self-reflective girl before us, we fear, won’t be around much longer. 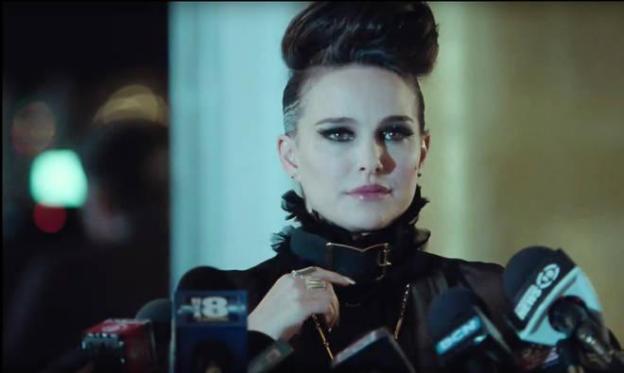 In her place, via a mid-movie time jump, comes an absolute diva too insulated from the real world to truly care or understand when several crazies don the masks from her old music video and shoot up a bunch of people on a beach. As her handlers, including a completely unaged Jude Law, attempt to guide her through this PR minefield, Celeste generally behaves like a giant, spoiled baby, a far cry from the figure her fans believe her to be. She’s now a neglectful mother to a daughter played by, appropriately enough, Cassidy. Her body has been wrecked by years of abuse. And she only ever barely manages to put herself back together again in time for each of her shows.

It’s as big of a performance from Portman as we’re likely to ever get, and as with Jackie you’ll walk away from it most wanting to talk about her bizarre accent. In this case, it’s an overly affected Staten Island accent, one which the younger Celeste from the first half of the movie shows only faint signs of having. Coming out of Portman’s mouth, it sounds like an entirely fake bravado as if Celeste is actively trying to sound and look tough.

That, actually, is entirely the point. As Portman told Vulture, “[My dialect coach] got dialects from a very specific subset of Staten Island, and then we just went full force with it. Because from the time [Celeste]’s a kid, she’s exaggerating it in a way that makes it like an armor. There are people who, when they become famous, want to emphasize that they’re still from the street. It’s a shield of authenticity, and then the toughness also gives her more of a don’t-mess-with-me vibe. But of course, it’s transparently a performance. She’s on all the time.”

With Celeste being “on all the time,” there is supposed to be a sense that the same media and celebrity apparatus which created her now helps perpetuate her fame, caught in a constant outrage cycle in response to her every scandal or wild quip at a press conference. This doesn’t actually come through all that well, though.

What does come through, however, is a rather abrasive message about the American character and ability to commodify anything genuine into a soulless husk of its former self. As the audience dances and sings along to Celeste’s greatest hits, each one nearly indistinguishable from the other, we’re left to question whether such escape is a good or bad thing.

In 2018, A Star is Born and Bohemian Rhapsody are the stories mass audiences want to hear; Vox Lux is the one they’re ignoring – understandably, but perhaps unjustly so. It is a dense, cynical movie with moments of gun violence which hit too close to home for many and a message others will either find to be unsettling or overly obvious. Still, it’s certainly fascinating and probably at least more honest about the cost of stardom than A Star is Born ever cares to fully ponder. Granted, Portman’s accent is a lot to take, but that shouldn’t be enough to turn you away. 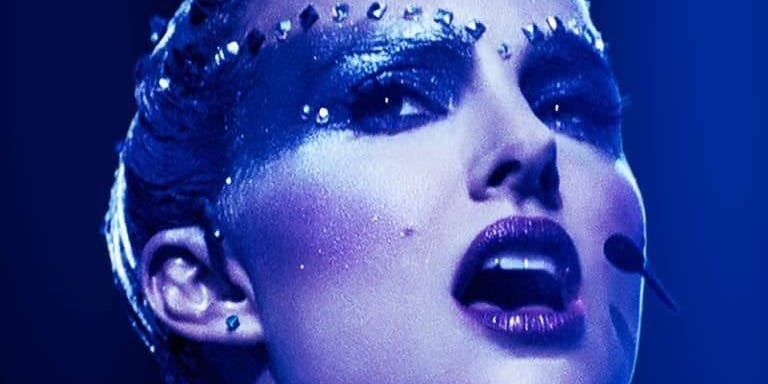 What’s your take on Vox Lux? Let me know in the comments.