I grew up a wrestling fan. From the heyday of Hulk Hogan and the cartoon WWF superstars of the 80s to the Monday Night Wars of the late 90s to the rise of John Cena in the aughts, I could tell you everything about the biggest stars of the moment and craziest storylines. Like an old woman talking about her favorite soap opera, I actually took to referring to Monday Night Raw as “my stories.” Eventually, though, I realized there were far better stories to explore and left wrestling behind me.

So, I wasn’t watching anymore in 2014 when a pale-skinned, black-haired British girl called Paige dropped into the WWE like a punk rock alien and seemingly changed the women’s division overnight. My introduction to her was through the trailer for Fighting With My Family, the new movie based on her life. It’s also a movie which comes with the WWE Studios label attached to it. That instantly lowers expectations. (Sorry not sorry See No Evil fans.). Yet, it’s also somehow been written and directed by Stephen Merchant, stars the always-amazing Florence Pugh, and has been met with better-than-expected reviews.

You just earned yourself a customer, Fighting With My Family.

The Backstory: “Back in 2012, I was in my hotel room in London and stumbled across a documentary [The Wrestlers: Fighting With My Family] on a local UK channel,” The Rock said in a 2017 press release announcing the movie. “Not only was I intrigued by this loving and wild family, but I also felt it’s the kind of narrative that would make an amazing movie.” However, even as one of the biggest film stars in the world The Rock still had to work to find distribution. Eventually, he ended up with Film4 and WWE Studios as financiers and MGM as the distributor. This vaguely indie route is why Fighting With My Family was invited to stage its world debut at the Sundance Film Festival last month.

The Good: It’s a capably told underdog sports story. The Paige we meet, born Saraya-Jade Bevis, doesn’t have the traditional look of a wrestler nor does she come from a section of the world – Norwich, England – anyone has heard of, yet her talent and passion won’t be denied.

Bringing that to life is Stephen Merchant’s surprisingly well-picked, in some cases overqualified cast. Florence Pugh plays Paige as a woman born into a wrestling family and molded into a future star long before she’s actually had a chance to figure out if that’s what she actually wants. Jack Lowden is her older brother who has to learn to be supportive when she makes it to the WWE while he has to stay behind working in the family gym where he trains local kids. Nick Frost and Lena Headey delight as their shamelessly self-promoting, wrestling-obsessed parents. Vince Vaughn, in Hacksaw Ridge mode, gets a couple of laughs as the tough, but fair WWE trainer. Of course, The Rock is still The Rock when he wants to be.

Fighting With My Family highlights NXT, the WWE developmental league which produces Paige, and the plot occasionally nods toward the politics as well as the nuts and bolts of the wrestling business. However, it is primarily concerned with the personal costs of pursuing such a career and splits its time unevenly between the brother whose dream is deferred and the sister whose not sure she ever truly wanted this dream.  It works well enough that when Paige needs a confidence boost at a crucial moment you know big brother will be there for her, even as much as it hurts him to not be there in her place.

Admirably, then, the film’s not quite the giant WWE commercial you’re expecting. I mean, it still is, but not as much as it could have been. At the very least, it’s certainly better than prior movies which existed mostly to promote a wrestling brand, like WCW’s Ready to Rumble. Where that movie trades in pure camp, Fighting With My Family is far more sincere in its effort to be an inspirational sports movie with mostly predictable, but still well-executed story beats.

The Bad: Even though Fighting With My Family fully acknowledges professional wrestling is just choreographed soap opera with pre-determined endings the climactic match of the story is presented as if it’s more or less real. It’s an interesting choice, likely made to communicate how real the experience actually felt to Paige.

However, we’re left totally unsure why exactly Paige was plucked out of NXT and given an instant title bout on Monday Night Raw. The most we’re shown is she has just one competent match in NXT and next thing we know she gets the promotion she’s been working toward the whole movie. It can’t help but feel like we’re missing crucial parts of the story and/or some major milestones on her journey. We, for example, never truly see her find her voice in the ring until literally the moment she debuts on live WWE television, which is a bit strange considering how Vince Vaughn keeps saying she’ll never make it that far until she figures that out.

The Awkward: It’s more than a bit awkward to celebrate Paige’s rags to riches, grungy Cinderella origin story without even acknowledging the fact that she suffered so many injuries in her 4-year WWE career that she had to retire from in-ring competition just last year. To be fair, she hadn’t retired yet when Fighting With My Family started filming. However, the title cards over the closing credits updating us on all of the characters make no reference to Paige’s current status.

According to Bustle.com, Paige doesn’t even have an on-camera role with the WWE right now, meaning she’s spending most of her time promoting this movie as well as her own beauty and fashion lines. Her actual stint with WWE was quite traumatic – there was a sex tape at one point – which led her to joke with the LA Times about a possible Fighting With My Family 2, “Let’s say, a couple of years down the line, a second one comes out — I feel like the story that I’ve had since then is also pretty empowering. Because you go through hell and you hit rock bottom, and even when you make it, there are still obstacles.” 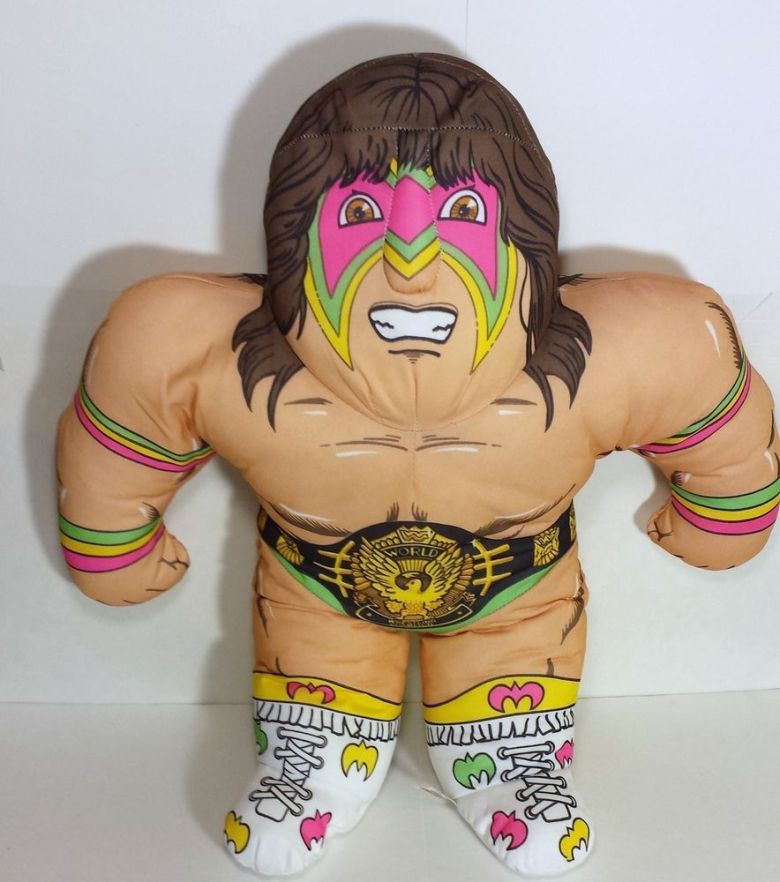 The Random: Like Paige in the movie, I, too, used to sleep with an Ultimate Warrior wrestling buddy. I was 8 at the time. My older brothers and I loved to stage tag team wrestling matches, using a bare mattress as our ring. It was always the two of them against me and my Ultimate Warrior buddy. I have to say he was the most worthless partner ever. It’s like he didn’t even want to wrestle. Or know how to move. Or do much of anything other than be a glorified pillow. Come to think of it, that might be why I always lost.

The Rating: ★★★ out of 5. Want a deep, insightful and engrossing look at the shit women have to put up with in the wrestling industry? Um, Fighting With My Family isn’t that. You’re thinking of GLOW on Netflix. However, if you’re a fan of simple underdog stories Fighting With My Family rather adequately fits the bill, even if it does pull double duty as an inspirational sports movie and WWE commercial.