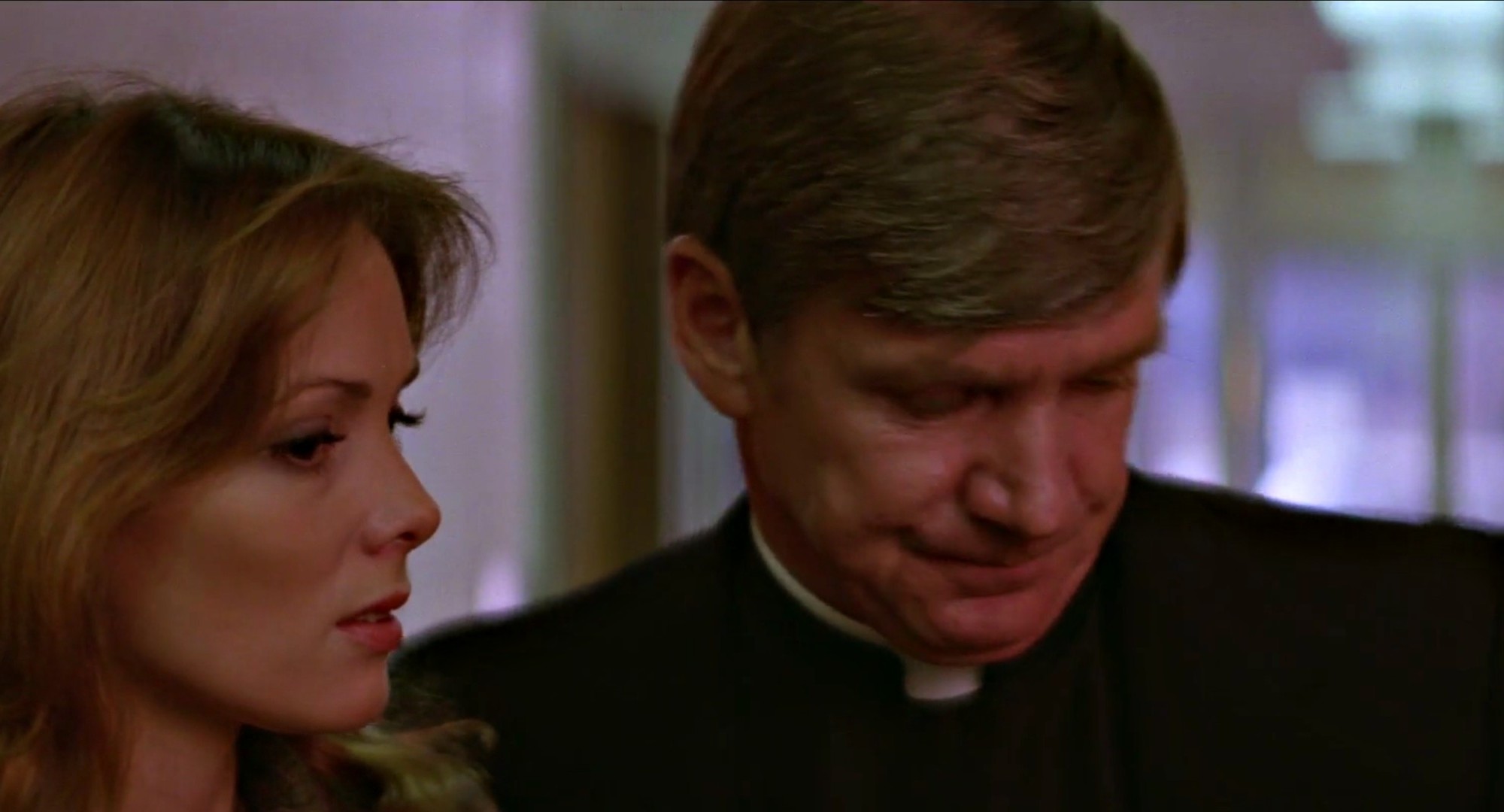 There are certain rules you expect a horror movie to abide by. I’m not talking about the have-sex-you-die or never-say-I’ll-be-right-back story tropes Scream took such glee in pointing out and ultimately subverting. No, I mean a certain baseline of decency you expect to be upheld: you don’t kill pets, especially dogs, and you don’t kill little kids. You most certainly don’t do both in the same movie. Really, that’s not even specific to horror. Those are just taboos most films of any genre avoid.

Not Madhouse, a 1981 Italian-American slasher film which reserves the right to surprise even modern viewers.

Julia (Tish Everly), a young, Savannah, Georgia teacher working at a school for deaf children, has a birthday coming up, but she’s in no mood to celebrate, not with her vengeful twin sister Mary (Allison Biggers) newly on the loose after breaking out of a mental hospital. When people around her go missing, Julia’s certain Mary’s responsible. Little does she know, however, there are actually three killers after her – Mary, Mary’s ferocious dog, and a surprise third villain whose duplicity in the crimes doesn’t become clear until one of the most casual “Oh, btw, I’m super crazy” third act twists I’ve ever seen.

Granted, the supporting cast is so small there aren’t a whole lot of suspects, meaning the identity of the third party isn’t entirely shocking – it’s the way the reveal is presented which stands out.

In the end, the body count includes a little deaf boy, two dogs, and a cat. Plus, ya know, a bunch of people. Still, killing a kid, a dog, and a cat in a horror movie feels like some kind of unholy trifecta.

Or how dare they? 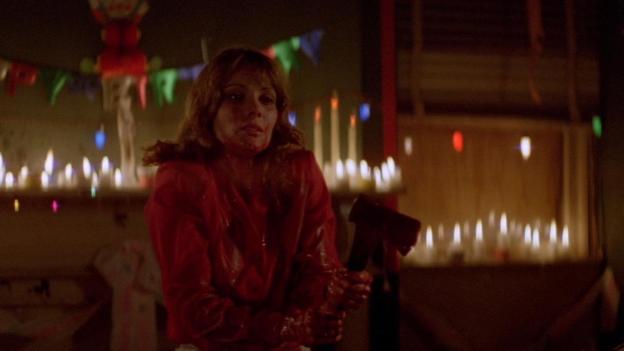 But a movie’s greatness isn’t always correlated with its willingness to break the rules. So, while Madhouse is certainly audacious enough to register as an overlooked slasher, is it actually worth your time?

That depends on what kind of slasher you like. Madhouse, alternately known as There Was a Little Girl or And When She Was Bad, was among the Video Nasties banned in the UK in the 80s, which would suggest a high level of gore. Considering the opening scene depicts a young Julia horribly disfiguring a young Mary for no apparent reason, it’s hard to completely disagree. 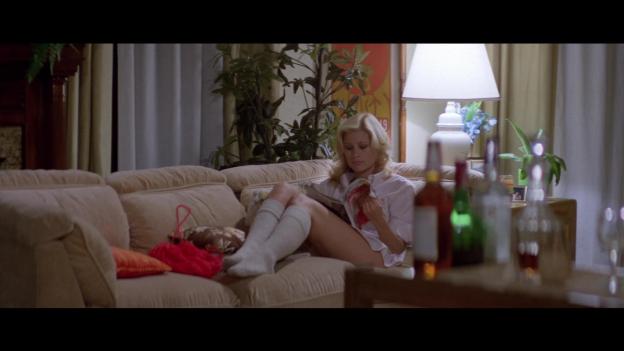 However, apart from one prolonged sequence of rabid dog vs. buxom, airhead blonde (Morgan Hart) – take a wild guess as to who wins – there’s a considerable amount of restraint on display throughout most of the runtime. The total body count is over 5, but few of the deaths actually happen on screen.

For example, a knife-to-the-chest death is depicted in artful silhouette. A deaf little boy’s ill-fated standoff with the meanest damn dog he ever met is contained to just a nervous look and instant cut to the sight of EMTs mournfully lifting a gurney into the back of an ambulance.

On top of that, after one of the deaths, Julia is seen talking to her class – through sign language – about how it’s ok to be sad when someone leaves us. The camera goes around the class and listens in as the actual hearing-impaired kids respond, and it never feels tasteless. Instead, it lends the film an authenticity and certainly helps to humanize Julia.

It was all enough to fool me into thinking Ovidio G. Assonitis, the wild director and co-writer whose recent credits at the time included Desperate Moves, Piranha II: The Spawning, and all-time WTF classic The Visitor, had maybe mellowed.

No, Seriously, The Violence As Brian Collins quipped in Horror Movie A Day: The Book, “This movie is ripe for a midnight crowd, especially during the kill scenes with the dog. Then when the dogs gets his comeuppance it’s equally wonderful, since the puppet dog is so hilariously Muppet-like and the kill is so needlessly violent.”

True. It in no way looks real, but as a dog lover, this scene still gave me pause.

That’s part of Madhouse’s bizarre charm, I guess. As an Italian-American co-production which filmed in Savannah, Georgia and employed an English-language cast, it maintains the appearance of a slightly classier-than-normal slasher until the gloves come off in a big way.

Rules are broken. Measured performances disappear and in their place, we find cackling villains who shout things like “Why is everyone so afraid of dying? WHY?!? It’s not that bad! I mean, that’s basically my business, isn’t it?” A potential victim attempts to evade death by arguing, “My horoscope says I shouldn’t engage in social activities today.”

TAssonitis actually has the gall to close it all out with a quote he attributes to George Bernard Shaw even though it appears to have come from English writer Edward Bulwer-Lytton:

Like the quote indicates, the plot ends with the mystery unsolved. We never learn why exactly the surprise third killer is so crazy nor do we find out if Julia truly did disfigure Mary when they were kids. What a strange, strange trip, this Madhouse is.

The WTF factor is high with this one. It’s perfect for the midnight movie crowd but the combination of artful horror and excessive gore might be too off-putting for some. Plus, anyone who skipped the first John Wick because the dog dies – um, this one’s not for you.

Where To Stream: Amazon Prime. Be sure to select the right Madhouse. If the movie you pick has Vincent Price or Kirstie Alley in it, for example, you’ve got the wrong Madhouse.