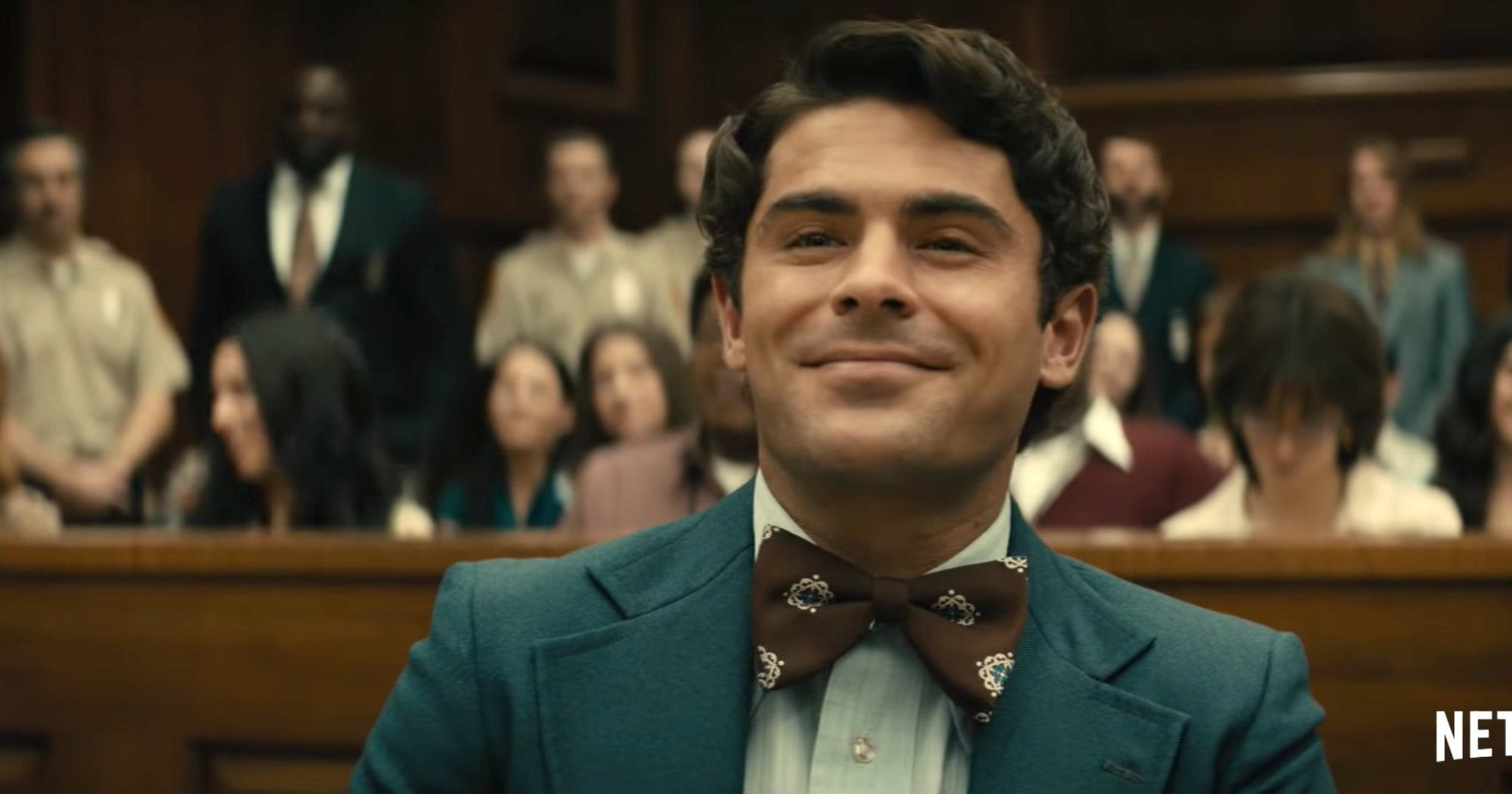 How do you make a movie about a charming, handsome serial killer’s Catch Me If You Can-esque run through and sometimes away from the criminal justice system without also romanticizing him?

That’s the challenge facing Joe Berlinger’s Ted Bundy movie Extremely Wicked, Shocking Evil and Vile. The world out of Sundance earlier this year was Berlinger made a game effort of nailing the right balance but ultimately veered into morally irresponsible territory, a charge also leveled against his Bundy docu-series The Ted Bundy Tapes. Extremely Wicked dropped on Netflix last weekend, and the early public response has been mixed.

Having now seen it myself, I can say this: Extremely Wicked plays like a Ted Bundy movie AND a movie about Ted Bundy’s longtime girlfriend. In the end, both versions co-exist, sometimes effectively, other times quite awkwardly. The result is an interesting storytelling experiment, one sure to get people talking afterward, but it is likely to play far better with audiences who know nothing about Ted Bundy. Because if you don’t know a damn thing about one of the world’s most notorious serial killers then Extremely Wicked’s first innovation is a fairly solid storytelling hook:

We open on a couple in 1989, with a man (Zac Efron) being visited in prison by a longtime girlfriend (Lily Collins). We don’t know why he’s in prison or how long he’s been there. The look on her face tells us it’s likely been years upon years of heartbreak and grief:

Almost instantly, we jump back to 1969 to see how these two met. His name is Ted, and he’s a law student. Her name is Liz, and she’s a single mother who works as a secretary. After meeting at a bar, they sleep together-as in they literally just sleep next to one another since he refuses to pressure her into anything. The next morning she awakes to find him wearing her apron in the kitchen whilst whipping together some breakfast and doting over her baby.

How could she not fall in love with a guy like that?

They experience years of domestic bliss together, but when he’s arrested for attempted murder and kidnapping the shit spiral commences. This one alleged crime becomes the tip of the iceberg in an onslaught of charges brought against him from officials in neighboring states. Liz believes his consistent claims of innocence, even as her closest friend repeatedly points out all the damning evidence against him. Like Tammy Wynette, Liz is standing by her man no matter what.

Well, actually, Tammy sang that song about a man – George Jones – she later divorced, and Liz’s relationship with Ted is fated for a similarly sad end. That comes much later though.

Instead, for a good chunk of the story he’s the movie star handsome man fighting a corrupt system out to get him, and she’s the woman sitting behind him in court, offering her unwavering support. Then at the one-hour point the movie drops the hammer: this Ted’s full name is Ted Bundy, the noted serial killer who brutalized at least 30 women over two decades.

That shouldn’t really be a spoiler, not when Netflix literally spells it out for you in the plot description: “A chronicle of the crimes of Ted Bundy, from the perspective of his longtime girlfriend, Elizabeth Kloepfer, who refused to believe the truth about him for years.” However, Extremely Wicked doesn’t allow itself the luxury of knowing Ted is guilty because Liz doesn’t know he is. So long as his claims of innocence continue to convince her then Extremely Wicked believes him. Yet, even after Liz begins to have her doubts Extremely Wicked refrains from completely siding against Bundy.

Or maybe it does.

In truth, once Extremely Wicked reaches its second hour the script seems to loses its emotional throughline. Relocated to Florida for a new trial, Ted gains a new girlfriend (played by Kaya Scodelario), a flock of female fans, a surprisingly sympathetic judge (John Malkovich), and a somewhat toothless prosecutor (Jim Parsons). We occasionally drop in on Liz halfway across the country, seeing her slowly putting her life back together with the help of a new boyfriend (Haley Joel Osment), but like the media with every new Trump tweet the film can’t help itself – it just has to get back to the crazy shit Ted is up to during his trial.

He fires defense attorneys left and right, antagonizes the judge, plays to the cameras in the courtroom, fires up his cheerleaders in the front row, spars with expert witnesses, and consistently and quiet forcefully proclaims his innocence.

Along the way, Liz’s emotional anguish simply becomes secondary to all that. There’s meant to be a sense that she’s been replaced in his life by newly gullible sycophants who just can’t believe someone that good-looking, well-spoken and charming could ever do such wicked things. Like Liz, his new girlfriend will eventually see the truth, but she’s several steps behind her in that process.

The point the movie is trying to make is just how easy it is to fall for a monster when they come dressed in an angel’s clothing. Berlinger has argued what drew him to the project was the opportunity to use the historical story of Ted Bundy to warn people not to fall for curated identities. Bundy hid who he truly was from the women who loved him and successfully preyed on victims by projecting a nice guy – and nice-looking guy – image. They all thought they knew who he really was just as an entire generation is now being fooled into believing they know who people really are based on highly curated and suspect Instagram feeds and Facebook stories.

It’s a nice thought, if perhaps a bit of a narrative leap, but it’s not a message which comes through with the clarity it should. It gets a bit lost in Extremely Wicked’s recreations of Bundy’s multiple prison breaks, conman antics, amusingly improbable love life, and crazy courtroom sequences where he seems to be doing his best impression of a TV a lawyer. It’s not quite Catch Me If You Can: The Serial Killer Years, but it’s closer than it should be.

However, by putting Zac Efron in the lead Extremely Wicked is banking on shocking a lot of younger viewers who will watch because dude’s just hot and then learn about the awful things some hot guys do to women. Hopefully they get the message and don’t just make memes about his abs. 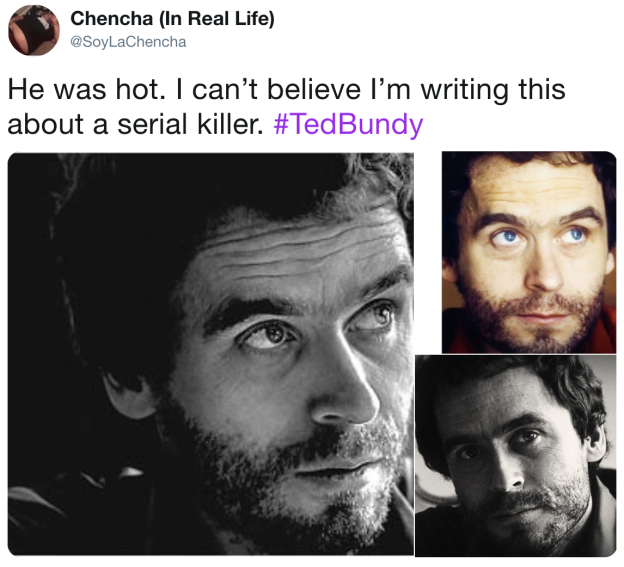 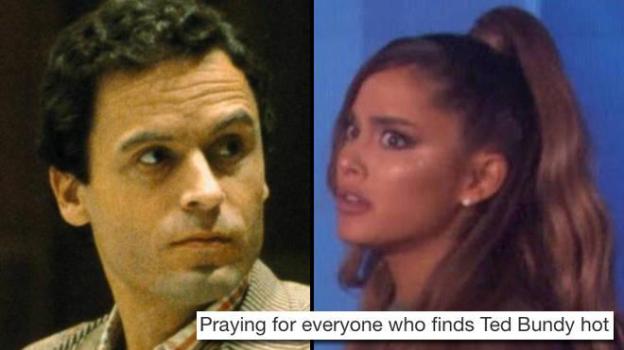 Because look how well this turned out for The Ted Bundy Tapes earlier this year.