With a purposeful grimace, Warner Bros. chairman Toby Emmerich recently opened up to reporters and let out a terrible sound. His studio, still reeling from the softer-than-expected box office for Godzilla: King of the Monsters, might delay the sequel, Godzilla vs. Kong, from its March 20, 2020 release date. His exact words: “It might come out later in the year, so we can deliver an A+ movie.”

An “A+” movie? What does that even mean? It’s Godzilla versus bloody King Kong. We’re not trying to win any Oscars here. We just want to see a prehistoric gorilla fight a prehistoric lizard. They fought to a draw back in 1962. We’re long past due to crown a winner So, as has become the catchphrase of the recent Godzilla films, let them fight!

We already know Godzilla vs. Kong wrapped filming in April. Director Adam Wingard and his crew should be able to finish their post-production work in time for the March release. Just stick with that. Don’t pull a Dark Phoenix on us and reshoot/delay this into a Frankenstein’s monster of studio notes.

Yet, I’m sympathetic to Emmerich’s position. His studio just handled the distribution and marketing of an expensive Godzilla movie that is flopping everywhere around the world other than China (where it has enjoyed a 59% improvement from the last Godzilla film), and 10 months from now they might be stuck playing out the same script with Godzilla vs. Kong.

Thankfully, WB’s financial exposure on these MonsterVerse films is limited since they are produced in partnership with the Chinese-owned Legendary Pictures. Due to that arrangement, the MonsterVerse is made more for international audiences than domestic, but it’s not a good look when Godzilla: King of the Monsters opens 49% lower in the States than its 2014 predecessor and 22% off the pace of 2017’s spin-off/prequel Kong: Skull Island. You’re supposed to lead into your big team-up movie with plenty of momentum, not fading away faster than Katherine Heigl’s career. It’s only natural for Emmerich to at least consider delaying Godzilla vs. Kong long enough for them to diagnose what went wrong with Godzilla: King of the Monsters. 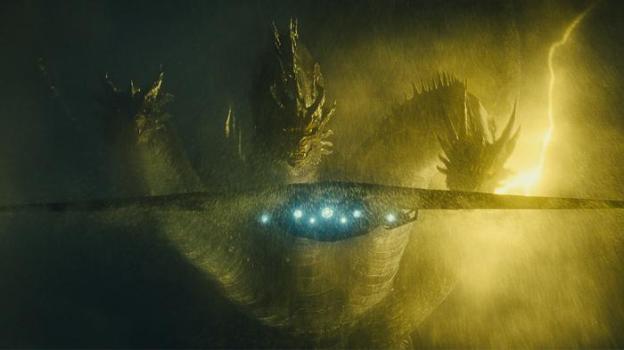 However, that diagnosis is really quite simple: Godzilla was never a big enough hit to warrant its own Marvel-style cinematic universe, or at least not one whose installments carry an average budget of $170m.

Now, I’m a big defender of Gareth Edward’s 2014 film and all of its Spielbergian keep-the-monster-off-screen-as-much-as-possible flourishes, and I had exactly as much stupid fun with Godzilla: King of the Monsters as director and franchise superfan Michael Dougherty wanted me to. That’s because I fall into that fanboy category who grew up on the Godzilla films and will always be there opening weekend for a new one. 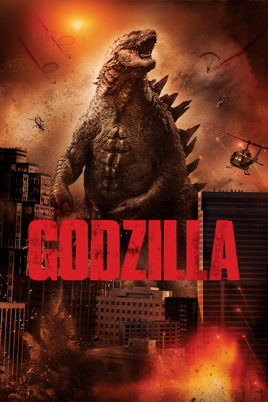 That fanboy/girl contingent is sizable. Otherwise, Edward’s Godzilla wouldn’t have cracked $100m over its Memorial Day opening. However, his film mostly failed to speak to anyone other than the already-converted which is why it dropped a staggering 66% in its second weekend.

To put that into context, here’s a short list of all the films which have opened in over 3,000 theaters (which is enough to be considered super-saturated), dropped at least 66% in their second weekend, and still got a direct sequel:

Those films on the list – ya know, the ones to open in 3,000 theaters and drop by at least 66% the next weekend – which didn’t get a sequel include several franchise-enders (Divergent: Allegiant, Dark Phoenix, Alien: Covenant, Hellboy II, Ted 2, Pacific Rim: Uprising) as well as films which were clearly meant to (re-)start a franchise but so, so did not (Green Lantern, the 2015 Fantastic Four, Conan the Barbarian, The Wolfman, Elektra, Warcraft, Mortal Engines, Doom, the 2009 Friday the 13th, the 2010 Nightmare on Elm Street, the 2019 Hellboy).

It’s not a good list to be on. Other than Resident Evil and the occasional micro-budget horror franchise, there are next to no examples on there where plowing forward after such a wide rejection of your film pays off in the long run. Instead, it’s almost always a race to the bottom, glimpsing ever more dwindling returns until you either quit, reboot, or move on to the next faded IP.

To WB’s credit, after 2014 they didn’t actually plow forward with more of the same. Kong: Skull Island is its own thing technically connected to, but mostly seperate from the 2014 Godzilla and is a big, dumb monster movie in all the ways Gareth Edwards refused to indulge. King of the Monsters takes that impulse even further and is the first American-produced Godzilla film to feature the Big-G actually fighting or teaming up with longtime franchise favorites Mothra, Ghidorah, and Rodan.

What happened, though, was in 2014 they made a film that was perhaps too esoteric for its own good, frustrating hardcore fans and alienating potential newcomers; in 2019, they made something for the hardcore fans and just confused everyone else, which is why you see so many reviews on RottenTomatoes and Letterboxd which seem to have been written by people who have never seen a Godzilla movie before and criticize King of the Monsters for joyously re-using most of the old tropes. In the interim, Kong: Skull Island was an actual big hit, bigger than Godzilla worldwide, and WB and Legendary hoped that would engender some good will and build interest for a team-up.

Now they’re stuck with a team-up movie only the fanboys/girls wanted, and they’re aren’t quite enough of them to help them easily turn a profit.

It’s a reminder that for as much as Hollywood leans toward gearing everything to international audiences you can’t just completely ignore the facts when your film bottoms out in its second weekend of domestic release. The history shows that usually means you’ve already lost the battle of ever winning those people back.

But, like I said, whenever Godzilla vs. Kong arrives I’ll be there.