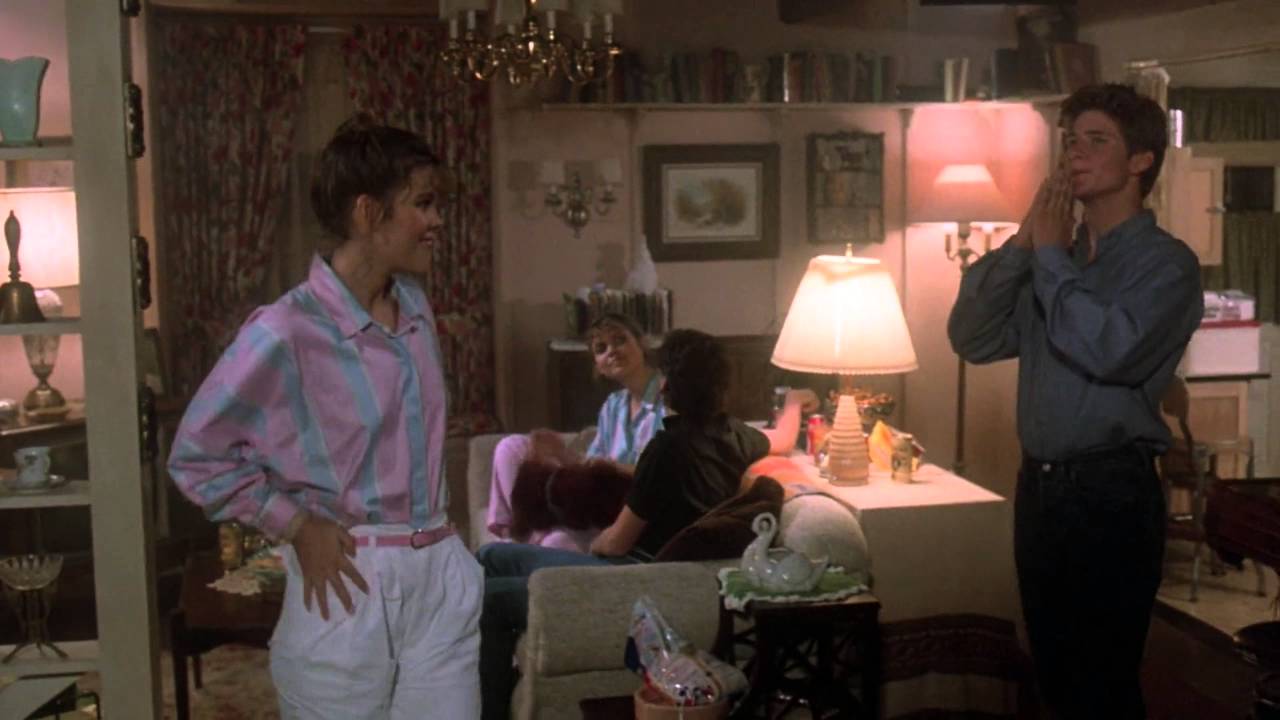 Like a lot of other people, I’ve been spiraling into COVID-19 anxiety and depression. This past Saturday, after returning from probably the most insane grocery shopping experience in my life I crawled back into bed with my little Chigi – a Corgi/Chihuahua mix – and pretty much stayed there the rest of the day. (The rest of my family did the same.) I don’t know exactly when I crossed the line from prudent COVID-19 research to “maybe it’s time to put your phone down now” and finally to “seriously, how many The Atlantic and Vox.com articles about hospital surge capacity do you really need to read in one day?”

The pattern threatened to repeat itself early the next morning when I woke up at 3 AM and again instinctively reached for my phone. This, according to mental health professionals, is the absolute last thing we should be doing right now. “We want to maintain the gravity of the situation,” Ethan Kross, a professor of psychology at the University of Michigan, is quoted as saying in a recent Wired article about COVID-19 anxiety. “But we don’t, to use a very technical term, need to freak out when doing it. We can remain cognizant of the big picture.”

I know that; I just have to find the right balance for me.

As I mindlessly scrolled through Twitter I knew I needed a break. That’s when I remembered Joe Bob Briggs and Diana Prince had announced they were doing a Friday the 13th: The Final Chapter commentary live stream on, when else, Friday the 13th. I was at least 24 hours late to this particular party, but I scrolled away from COVID-19 news and over to Diana’s Twitter handle, @Kinky_Horror, in search of some kind of verification that the live stream actually happened. Oh, it happened all right. She even got the old guy to dance:

Well, when I say “dance”…eh, this requires context. Like, for example, who the heck is Joe Bob Briggs?

The Defender of the Three B’s

Joe Bob – the southern-fried, drive-in movie enthusiast played on TV by journalist/actor/satirist John Bloom since 1986 – has been a recent obsession of mine. His mixture of redneck schtick, professorial film knowledge, and cultural potpourri is unlike anything I’ve encountered before. Who else is going to sing the praises of the Hemi Cuda muscle car one minute, insightfully interview The Hills Have Eyes’ Michael Berryman the next, and randomly rant about the LA subway system at the end? It’s like Ernest, Roger Ebert, and Andy Rooney rolled into one with a side helping of Rodney Dangerfield style “I get no respect” gimmickry – a seemingly unholy mixture of elements, I’ll grant you, but one that works for him.

The concept of Joe Bob started in the 70s when the Dallas newspaper John Bloom worked at needed a new film reviewer. Rather than take the job and do the same thing every other reviewer in the country was doing, Bloom decided to focus solely on the ignored drive-in features no one else ever wrote about. He created the Joe Bob Briggs character as the perfect vehicle for defending Roger Corman’s three Bs of the drive-in – breasts, beasts, and blood. A nationally-syndicated newspaper column soon followed as did several books, a newsletter, and a touring one-man show, more than enough to earn a shot at TV:

Starting in the mid-80s, Briggs hosted Joe Bob’s Drive-In Theater on a cable channel – a Showtime subsidiary called The Movie Channel – most people hadn’t heard of. When that gig ended in the 90s, he immediately transported his act over to TNT for MonsterVision, which ran for four years. It ended without a proper farewell, leaving Joe Bob to disappear into the cultural ether.

A year before MonsterVision ended, Briggs was profiled in the New York Times, but even after a decade+ of being a near-constant cable TV presence he was still seen as a novelty item:

When masked killers go a-stalking, when hideous creatures are rampaging, and when inexplicably employed movie stars start overacting, one man can be relied upon to appreciate their special contributions to the cinematic arts. He is Joe Bob Briggs, drive-in movie critic. No matter how grotesque these edited-for-television shockers get, there’s no reason to be alarmed. There’s always an extra seat at Joe Bob Briggs’s Texas trailer, where the evils of the world are put safely in their place inside the small screen of your television.

Read a little further down the profile, however, and you get a better sense of the pure strangeness of the average Joe Bob show. One night, he might host a double feature of Time After Time and The Philadelphia Experiment, and…well, I’ll let him explain: ”I got out a chalkboard and explained why time travel movies are impossible. They violate the first and second laws of thermodynamics.” In response, TNT’s MonsterVision mailbox was flooded with letters from MIT students who actually agreed with him.

In the two decades since MonsterVision, Bloom largely left the Joe Bob Briggs character behind, worked as a Craig Kilborn-era Daily Show correspondent and wrote a book – Eccentric Orbits: The Iridium Story – about rocket science. That doesn’t mean the man most known for playing a comically anti-intellectual TV character is secretly a rocket scientist, but he’s far closer than you’d ever guess.

Talked Into Breaking the Internet

At an Eccentric Orbits book signing in San Francisco, a former adult performer/superfan named Diana Prince cosplayed as one of the mail girls from his old Joe Bob shows.

(Brief explanation: in keeping with the B-movie aesthetic, Drive-In Theater/MonsterVision usually featured an attractive model or aspiring actress as a part-time co-host/mail girl who delivered Joe Bob’s fan mail and bantered with him.)

That was a long, long time ago, though, and Diana was the only person at the Eccentric Orbits signing who was there for Joe Bob Briggs and not John Bloom. They hit it off and became friends, and with her support, he eventually agreed to revive Joe Bob for one last hurrah. It only took several years of constant arm-twisting. (She even agreed to appear on camera as his new mail girl “Darcy” – a role now analogous to both on-camera talent and a social media manager – for free.)

That final hurrah – a one-time-only 24-hour movie marathon on AMC’s horror streaming service Shudder – broke the internet, crashing Shudder’s servers and trending on Twitter. Multiple marathons and even a full season of The Last Drive-In with Joe Bob Briggs and Darcy have since followed. (I assume she’s getting paid for the gig now.)

The Last Drive-In has gradually morphed into a two-hander where the best parts aren’t Joe Bob’s rants (though they’re great) or even the movies themselves (though they’re usually fairly entertaining) but instead, the segments where Joe Bob the baby boomer and Darcy the millennial engage in some generational banter. Up until now, Briggs never had an on-camera co-star who consistently disagreed with him. Now, Darcy does it all the time. When he started, he was one of the few voices in the industry seeking to elevate the trash culture that his colleagues despised. Now, Briggs is more like the elder statesman defending the classics while his younger co-star casually admits she prefers the remake.

It’s not all laughs. This past Christmas on Shudder, when they co-hosted a marathon of Santa-adjacent horror movies they took turns sharing their own sad life stories. He acknowledged his many lean years and told of once being so poor he couldn’t afford bus fare to a job interview. (A fellow bus passenger who recognized and liked him from TV stepped forward to bail him out.) She opened up about her abusive ex and how she had to finally take her young son and run to a dingy motel room, eventually turning to stripping to put food on the table.

Revelations like that have endeared the pair to the internet even more. Each new episode or marathon ends up trending on Twitter (#Shunting when they showed Brian Yuzna’s 80s gorefest Society, for example). A community of fans – who call themselves the Mutants – rally around ole Joe Bob and his crazy movies, which don’t stay on Shudder forever. He hosts whatever films the service can afford, and when their streaming deals expire and those films go away so too do the corresponding Last Drive-In episodes.

Even so, a second season had been announced. After COVID-19, who knows. Maybe they’ll webcast from home?

Webcasting from home is essentially what they did on Friday. It wasn’t an official Shudder event, it didn’t cost any money to watch, and they weren’t even at home, instead stuck in a Canadian hotel room together. But it was Friday the 13th and Diana wanted to do something Jason-related. She didn’t know the US was going to declare a national emergency that afternoon. So, they soldiered on with a YouTube experiment, a special one-off in which the pair watched and talked about Friday the 13th: The Final Chapter. (Here’s the link.)

It was not exactly a thing of beauty. There were technical glitches aplenty – several minutes in, they had to restart the movie, for example – and general tossed-off quality to it all. Joe Bob struggled to offer his usual insight since he hadn’t actually seen the film in decades and was doing his research on the fly. He apologized on Twitter afterward, thanking everyone for being so forgiving. Darcy shared some fun stories about the actors from the movie she’s come to know through the convention circuit or from living in LA. (Corey Feldman told her he’d just lost his virginity prior to filming The Final Chapter.) They did try out a drinking game tied to whenever anyone in the movie dies or shows boob.

Warts and all, though, it was exactly what I needed in that moment. I had fallen deep into a COVID-19 anxiety hole, but then I was looking at a screen and watching Joe Bob Briggs and Darcy the Mail Girl talk about a horror movie and rejoice in each other’s company. It was exactly the dose of normal I needed, a welcome escape. When they got to the part in The Final Chapter where Crispin Glover commits one of the most notoriously weird dances in film history (he was dancing to a different song on set than the one used in the film, but, still) …

…and did their best to re-enact it…

…I laughed so hard. It felt like such a relief. May we all dance like Joe Bob Briggs dancing like Crispin Glover – either for the laughs, exercise, or both. We’re going to need it. Mostly for the laughs, though. Can’t image that’s a great COVID-19 workout option.

You can see the full dance moment 42 minutes into the following YouTube video:

What about you? Have you fallen into a COVID-19 anxiety hole yet? Are you struggling with the balance between “stay informed and prepared” with “maybe put your phone down now”? Does all of this seem too big and life-altering to worry about entertainment options and mental health breaks right now? And what, really, is up with Crispin Glover’s dancing? Let me know in the comments.