The west coast is on fire. The south is facing yet another hurricane. Some elected officials are actively advocating for civil war. One in six eating establishments in the country have closed because of the coronavirus and might never come back. Working moms are getting pummelled by this online experiment we’re choosing to call “school” and may suffer enduring damage to their careers and earning power.

Just another Wednesday in 2020.

But, hey, there’s some stuff happening in Hollywood, like the fact that movie theaters seem pretty thoroughly screwed. Here are all the stories I’m following right now.

1. Apple is now in the bundling business. From the department of trendlines don’t lie comes news that Apple is bundling Apple TV+, Apple Music, Apple Arcade and iCloud storage for $15/month. The rest of the streaming marketplace feels seen since industry-wide bundling is where all of this is inevitably heading. I personally can’t wait until NBCUniversal offers a bundle that comes with Comcast internet, a Peacock premium subscription, and also a live peacock. They’re easily domesticated, right?

2. Madonna will co-write and direct her own biopic. I can’t wait for her take on the whole “suffered existential meltdown in a bathtub and posted it online during quarantine” part of her life. Also, there clearly needs to be a documentary crew allowed on set since the making of the movie – which will presumably see Madonna directing an actress or actresses cast to play her at different points in her life – will probably be infinitely more fascinating than the film itself.

3. In the US, it might be premium VOD, drive-ins, or nothing for the major movies until the country gets better control of the pandemic. Tenet’s domestic box office is even worse than WB wanted us to think, and the proof is how many other movies are escaping the release calendar. The next project likely to move is Disney’s Black Widow, currently due 11/6. Not mincing words about this is Jeff Bock of Exhibitor Relations. “Who thought it was a good idea to open theaters a month after China when we are months behind them in taking care of COVID?” This movie meltdown could have been avoided had they done their homework. Sorry, but it really was that simple. VOD or a combination of VOD-theatrical is the only answer for blockbuster films going forward until the U.S. gets a handle on this virus. That’s about as diplomatic as I can be right now.”

The New York Times has a new piece up about the whole debacle, and the gist is basically the same: until the U.S. gets its shit together, the domestic movie theater industry is screwed. Expect hours to be cut back, people to lose their jobs, and some theaters to close for good. Internationally, however, Tenet’s $200 million+ take indicates there’s clearly money to be made, just not here at home. Publicly, Warner Bros. maintains the Tenet experiment is a marathon, not a sprint, and we shouldn’t rush to judge something that has been designed to basically have the domestic market to itself for the foreseeable future.

But when you have Dr. Fauci saying that it might be a full year before we can safely return to movie theaters without a mask….well, things could be better.

4. The Virtual Emmys Ceremony is going to be weird. “If a winner is in London, and it’s 4 in the morning and they’ve fallen asleep, we don’t know what’s going to happen. And that’s presuming all these connections are good. Our motto for the entire production is, ‘What could go wrong?’” That’s what producer Reginald Hudlin told THR about their approach to this year’s virtual Emmy ceremony, which will air this Sunday on ABC. Some awards have already been handed out through the Creative Arts pre-ceremonies and thus far Netflix is cleaning up. Come Sunday, the streamer has multiple nominees in the Drama (The Crown, Ozark, Stranger Things), Comedy (Dead to Me, The Kominsky Method), and Limited Series (Unbelievable, Unorthodox) categories, yet the experts think the big winners will be HBO’s Succession, Pop’s Schitt’s Creek, and HBO’s Watchmen.

Key category to watch: Lead Actress (Drama). Can Jennifer Aniston (The Morning Show) win her second Emmy (and first since winning for Friends in 2002)? Or will Laura Linney take the award for Ozark?

5. Tower Heist – a Brett Reitner comedy featuring Eddie Murphy, Ben Stiller, and a bunch of white guys attempting to rob a Trump-like figure – was originally supposed to be about an all black-cast robbing Trump Tower with Donald Trump appearing on-screen as the villain. That insane anecdote is but one of many jaw-droppers revealed in THR’s new cover story interview with Chris Rock.

6. Put a plus on it! CBS All Access is changing to become Paramount+ and will dig deeper into the Viacom/Paramount library for new original programming. Newly greenlit, for example, is The Offer, a drama about Al Ruddy’s experience producing The Godfather. For those keeping score at home, that now marks two iconic Robert Evans – the infamous head of Paramount for a stretch in the late 60s into the 70s  – productions that are receiving the behind-the-scenes dramatization treatment.  The other is Ben Affleck’s film about the making of Chinatown.  If either project is looking for Robert Evans casting suggestions, might I suggest Bill Hader. Here’s his impression below:

9/27 – When the pandemic hit, the new season of Fargo – starring Chris Rock and Jason Schwartzman and set in 1950s Kansas City – was just under two weeks away from wrapping production. Over half a year later, Noah Hawley and his crew managed to finally finish filming, and we’re just weeks away from the season premiere. I can hardly believe it. Back in 2017, Hawley put Fargo on the backburner to focus on Legion and his ill-fated film Lucy in the Sky, and after a while it seemed like Fargo might never come back, which would have been a shame. The show’s second season, the one with Kirsten Dunst and Jesse Plemons, is like a desert island season of TV to me. Will the fourth be just as good if not better? Early reviews indicate probably not, but still highly watchable for those who love Noah Hawley’s surprisingly ingenious Coen Bros. imitation.

10/30 – Given the lingering foul taste from Rise of Skywalker, John Boyega calling out the franchise for its failure with characters of color, and Daisy Ridley revealing just how fluid and chaotic things were behind the scenes on the last movie, Star Wars stock seems pretty epically low right now. So, sweet, sweet Mando, please sooth us with your filmed-in-an-LA-warehouse virtual environments, adorable Baby Yoda antics, and “do you think that’s really Pedro Pascal in that suit in every scene?” musings.

That’s right. The Mandalorian – or just “Mando!” if you’re Carl Weathers – is coming back to Disney+ with a set of new episodes starting 10/30, just in time to distract us before the US descends into complete electoral chaos. This time, Mando and his baby pal set out in search of a group of people called “Jedi.” Huh. There’s also a glimpse of a mysterious hooded figure. Double huh. Could that be Ashoka Tano, the Clone Wars fan favorite previously rumored to be joining The Mandalorian? Or someone new? Nerds, set your phasers to intrigued.

And, yes, I know I just closed a Star Wars story with a Star Trek reference.

What I Watched Yesterday 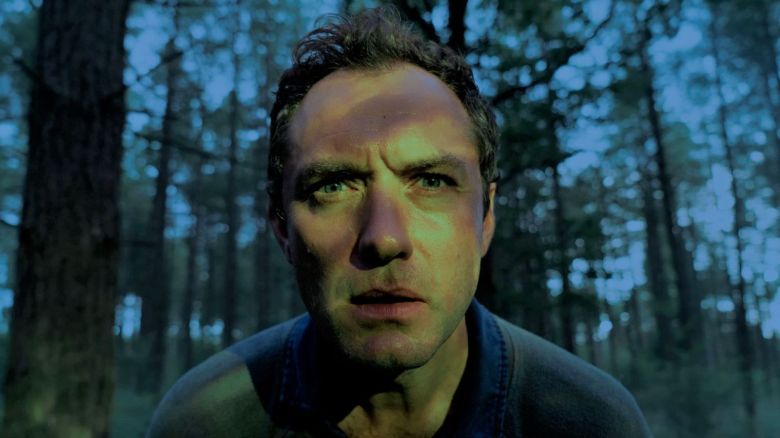 HBO has long had a tried-and-true strategy of securing European partners to co-finance prestige dramas that play somewhere else overseas but appear here as an HBO Original. That, for example, is how we got the deeply strange series The Young Pope and its sequel, The New Pope. Jude Law – whose Young/New Pope performance turned into a meme-delivery machine – is back at it again with The Third Day, which premiered earlier this week on HBO in the States and Sky in the UK. The show comes to us from Utopia creator Dennis Kelly, who clearly called on his extensive background in live theater and genre TV in structuring Third Day as two distinct three-episode chunks separated by a live theater event.

The gist is what if Wicker Man, but told in two different time periods. For the first three episodes, we watch Jude Law encounter a mysterious island in the middle of a bizarre ceremony; in the other three eps set sometime later, Naomie Harris enters that same island in search of answers. Linking those two parts of the story was supposed to be the job of a live theater event filmed in one continuous take. No idea if they’re still doing that. All I can say is I watched the first episode on HBO and….yeah, really, really, like really strong Wicker Man by way of Midsommar vibes. Yet, it’s somehow even more arthousey with intentionally unnerving cinematography that makes you question if the show is even set in the real world. I watched an episode of Cobra Kai afterward as a comedy chaser.