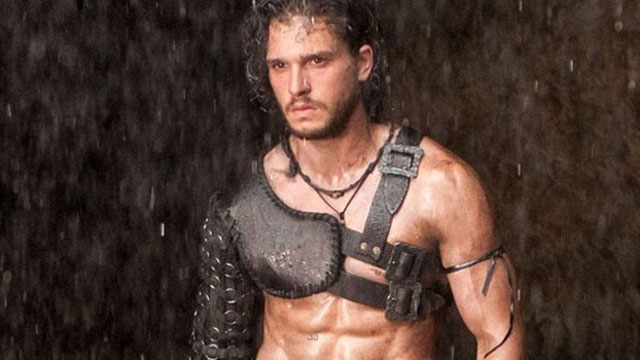 So, here’s what happened this weekend at the domestic box office: Lego Movie continued its domestic dominance, both new releases (Pompeii, 3 Days to Kill) disappointed, and all of last weekend’s romance-themed releases for Valentine’s Day plummeted.  Plus, Frozen officially passed Despicable Me 2 to become the second highest worldwide grossing film released in 2013, a distinction which seems sillier and sillier the deeper we get into 2014.  Let’s break it down:

Foreign: $23.1 million this weekend for total combined international gross of $92.5 million and worldwide total of $275.5 million

Yes, everything is pretty much awesome for The Lego Movie right now.  It just enjoyed its third weekend in a row at #1 at the domestic box office, after 17 days (although it won’t be able to keep this up) it is actually out ahead of the $147 million domestic Frozen had pulled down in its first 17 days of wide release, and WB just announced a sequel for 2017.  Plus, since animating LEGO characters instead of lifelike ones is a lot cheaper their $60 million budget was pretty darn low compared to the going rate for high-profile computer animated films these days (e.g., Frozen cost $150 million to produce).  The only downside, really, is that in international release in 33 markets, including some of the biggies (China, UK, Mexico, Brazil), its numbers have been good but not awesome.  Either way, at the domestic market LEGO Movie will end up being the highest grossing animated film released between January and April, trailing only Ice Age 2, Monsters Vs. Aliens, and The Lorax at the moment. 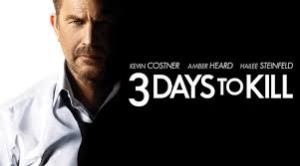 Foreign: Concurrent to its North American debut, 3 Days to Kill also opened in around 6 other countries.  Box office figures for those countries are not yet available.

Let’s look behind the scenes on this one.  According to THR, 3 Days to Kill was co-financed and co-produced by Relativity Media and independent film producer/distributor EuropaCorp, with Relativity handling U.S. distribution and Europa responsible for everywhere else.  It was directed by schlock-fest master McG, and based upon a story from EuropaCorp’s Luc Besson, the La Femme Nikita guy who uses EuropaCorp to crank out French movies released throughout Europe and English-language action films with big international appeal, like the Transporter and Taken franchises.  3 Days to Kill was very clearly their attempt to do for Kevin Costner what Taken did for Liam Neeson.  At a sub-$13 million opening weekend, that didn’t quite happen for them.  This is a performance on par with the $14 million opening for the last Relativity/Europa co-production, Besson’s own The Family which put Robert De Niro and his mob family into witness relocation in France.  That went on to gross $36 million domestically, $68 million worldwide.  Normally, it wouldn’t be too crazy to predict the same for 3 Days to Kill, but just next week this imitation Liam Neeson film has to go up against an actual Liam Neeson film: Non-Stop.

Foreign: Concurrent to its domestic debut, Pompeii opened in 37 international markets, grossing a combined $22.8 million for a worldwide debut of $33.1 million.

This looks really bad, and it is, but, again, let’s go behind the scenes.  Pompeii is being distributed domestically by Sony, but its $100 million budget was fully financed by Germany’s Constantin Films.  FilmDistrict is paying for the marketing.  So, in reality, although a $10 million opening on a $100 million budget more or less guarantees a box office bomb it’s probably not Sony but Constantin Films feeling the weight of this collapse.  They had hoped to make up for it overseas, but a $22.8 international debut is poor for as many markets as it played in.  Here’s the sad part – the YA novel bomb Mortal Instruments: City of Bones ($90 million worldwide/$60 million budget) was Constantin Films most recent project prior to Pompeii.  At the very least, Pompeii’s opening was stronger than the most recent swords-and-sandals epic, The Legend of Hercules, which bowed with less than $9 million in January on the way to a current worldwide gross of $35 million on a $70 million budget.  However, this is a bad trend, and Warner Bros. must be feeling awfully nervous about their own swords-and-sandals action fest next month, 300: Rise of an Empire, despite its brand recognition.

Foreign: $17.7 million this weekend for a new combined international gross of $100 million and worldwide total of $144 million

Speaking of brand recognition, RoboCop’s 56% second weekend drop is on par with prior disappointing President’s Day-released action movies The Unknown and A Good Day to Die Hard (both dropped 59%).  It is, however, quite a bit better than the last Verhoeven remake, Total Recall, which dropped 68% its second weekend.  Even then, at this point, they are either going to make their profit internationally or come close and finally break even on home video.  The domestic market has greeted this remake with more enthusiasm than it offered recent action remakes like Dredd and (maybe even) Total Recall, but that’s not really saying much.

Foreign: $13.6 million this weekend for a combined international gross of $26.4 million and worldwide total of $84.2 million

Monuments Men is a failed Oscar contender which now represents the worst reviewed film of George Clooney’s career as a director.  However, it’s also the highest domestic grossing film of Clooney’s directorial career.  So, there’s reason for optimism, but it should be guarded optimism at best since that $70 million budget of their’s means they have quite a ways to go yet before it could be assumed to have turned a profit for the studio and/or investors.

Foreign: Currently scheduled to make its international debut next month.

Kevin Hart provides the one-two punch this week, landing at #’s 6 and 7 on the chart with his films About Last Night and Ride Along.  However, whereas Ride Along is continuing to display strong legs here in its 6th weekend of release About Last Night just flat out plummeted down the chart in its second weekend, dropping 71% from its Valentine’s Day weekend debut.  This is a noticeably worse drop-off than recent African-American ensemble comedy hits Best Man Holiday (58%) and Think Like a Man (47%).  Plus, it’s also a bit worse than the second weekend drop-offs experienced for prior romance-themed Valentine’s Day releases like last year’s Safe Haven (56%) and Beautiful Creatures (52%) and 2012’s The Vow (44%).  It could mean people weren’t crazy about About Last Night, or it could also be a result of having to compete with two other romance-themed Valentine’s Day holdover releases in Endless Love and Winter’s Tale, which both also dropped off big time. 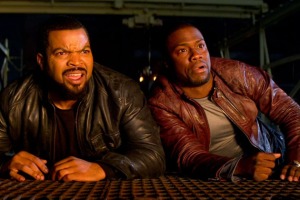 Foreign: Currently, its has a combined international gross of $4 million (in limited release) for a worldwide total of $127.1 million

Ride Along is now among the biggest buddy comedies of the past 14 years, having now passed The Other Guys ($119 million).  Not surprisingly, they announced a sequel earlier last week. 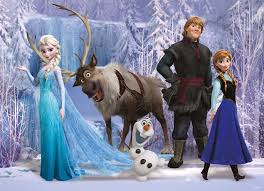 Foreign: Currently, its has a combined international gross of $596.3 million for a worldwide total of $980.4 million

Frozen continues not going away, padding its box office stats as precursor to its inevitably huge home video sales upon its Blu-Ray/DVD release and likely long-running, beloved Broadway musical a little further down the role.  With $980.4 million worldwide, it has now passed Despicable Me 2 ($970.7 million) to become the second highest grossing film released in 2013, trailing only Iron Man 3.  Not just that, it is also the second highest grossing animated film of all time, behind the first Toy Story 3 ($1.1 billion), prior to accounting for inflation.

Foreign: Currently, its has a combined international gross of $6.5 million for a worldwide total of $26.2 million

Actually, the love of Endless Love is, in fact, not at all endless, with the film dropping nearly 68% this weekend and likely headed out of theaters relatively soon.  To this point, it appears as most people who wanted to see this thing did so on its opening day, which just happened to be Valentine’s Day.

Foreign: Currently, its has a combined international gross of approximately $2 million (almost entirely from Italy) for a worldwide total of $13.2 million

This is longtime screenwriter Akiva Goldsman’s directorial debut, and people are flat out laughing at it, with Pajiba concluding, “The worst movie ever can’t touch this.”  Its future will be on home video where a great many will watch to mock, perhaps only feeling fleeting attacks of sympathy for the likes of Russell Crowe, Jennifer Connelly, and Will Smith showing up to clearly do their old screenwriter Goldsman (A Beautiful Mind, I, Robot) a favor.  They, perhaps more than even us, are likely happy to see this thing just go away, a distant, strange memory hopefully to be forgotten.  After dropping 70% in its second weekend, that’s exactly what Winter’s Tale is doing, although Hollywood won’t likely forget.  It will be a surprise if Goldsman gets a second crack anytime soon at directing a major film at a major studio.

Any Notable International Performances?: The Hobbit: Desolation of Smaug set Warner Bros. records for biggest opening weekend ($32.7 million) as well as biggest IMAX opening ($4.4 million) in China.   The $32.7 million was reportedly a 74% improvement over Unexpected Journey‘s China opening last year.  As a result, Desolation of Smaug‘s worldwide gross is now up to $893 million.  The only market awaiting a release is Japan.

What’s Up Next?: Liam Neeson has a very particular set of skills, and now they involve hunting down a madman on a mid-flight passenger airplane in Non-Stop, and Mark Burnett and company shamelessly try to bleed dollars out of faith-based audiences by re-selling their TV mini-series The Bible as a theatrical film called Son of God.  Both open wide on Friday.  Against such meager competition, a supersized, R-rated version of Anchorman 2 is coming back for a one-week engagement.