So, here’s what happened this weekend at the domestic box office: Need for Speed missed the on-ramp, splitting the 18-34 male audience with a declining 300: Rise of an Empire.  Mr. Peabody & Sherman reaped the benefits of their mortal combat, ascending to #1 on the top 10, but the bigger stories came lower on the list with Grand Budapest Hotel, which set a per-theater-record, and Veronica Mars, which finished just outside of the top 10.  Let’s break it down:

Foreign: $15.3 million this weekend for a new total foreign gross of $85 million and worldwide total of $148.7 million.

As Mr. Peabody might say, North America may have a deep regard for Mr. Peabody & Sherman, which only declined 34% in its second weekend on the way to leapfrogging Rise of an Empire to finish atop the top 10 for the first time.  However, that regard may not be deep enough.  It’s not so much where it’s going but how well it started, and Mr. Peabody‘s $32.2 million last weekend may have simply been too low a starting point for a movie which cost $145 million to produce and has not thusfar turned into an even bigger hit internationally.

Peabody‘s 10-day domestic ($63.1 million) is most closely comparable to last year’s Cloudy With a Chance of Meatballs 2, which had $60 million after 10 days.  Cloudy 2 was the only animated film in theaters for over a month until Free Birds arrived.  LEGO Movie and Frozen are still around, but Peabody doesn’t have to worry about any new competition until mid-April when Rio 2 arrives.  So, Peabody is set up to end around or slightly above Cloudy 2′s domestic total of $119 million.  That was fine for Cloudy 2 since it cost $78 million to produce and did fairly well overseas.  Not so much for Peabody, considering its $145 million budget and so-so international box office totals

Foreign: $41.3 million from 62 territories this weekend for a new total foreign gross of $158 million and worldwide total of $236.5 million.

300 dropped 54% in its second weekend, grossing $33 million.  So, Rise of an Empire dropped 58% in its second weekend, grossing less than $20 million.  The result is a sequel which is doing pretty good, just not on par with the original.  At least, that’s true of its domestic performance.  At the international market, however, Rise of an Empire is a fairly massive hit, with a very real shot of surpassing the first 300‘s total foreign gross of $245 million.  This divide is partially a testament to how North America audiences have turned a cold shoulder to 3D event flicks – Gravity being the obvious exception – while international audiences are currently with 3D where we were just a couple of years ago: they can’t get enough of it.

Foreign: Concurrent to its North American debut, Need for Speed opened in 40 international markets where it grossed a combined $45.6 million, nearly half of which came from China.  All told, Need for Speed’s worldwide debuts adds up to $63.4 million.

Need for Speed – the world has seen 6 Fast & Furious films at this point, and they just made it pretty obvious that you, sir, are no Fast & Furious.  Those movies average at least $61 million in their opening weekends, with the lowest coming with the oddball, quasi-spin-off Tokyo Drift which debuted with $23 million in 2006.   Prior to this weekend, the pre-release tracking suggested Need for Speed would at least be able to best that, with a projected finish between $25 and $30 million.  However, it ended up making less in North America ($17.8 million) than it did in China alone ($21.5 million).  As such, this could turn into another RoboCop situation where to us Need for Speed looks like a box office dud that turns into somewhat of a hit due to disproportionately strong international business.

DreamWorks sure hopes so.  Beyond their recent hard times in the animation realm – The Croods excluded – their last two notable live-action releases (The Fifth Estate and Delivery Man) failed to launch.  Now, the future of the company is cloudy because its co-chairwoman and CEO, Stacey Snider, is reportedly mulling over a job offer from 20th Century Fox.

Foreign: Currently, its has a combined international gross of $20 million for a worldwide total of $88.8 million. 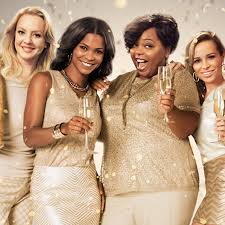 Foreign: Not currently scheduled to play outside of North America.

This is actually so much worse than it seems.  First of all, this is fairly easily the lowest opening of any Tyler Perry-directed title, trailing Daddy’s Little Girl’s $11.2 million from 2007 and Good Deeds‘ $15.5 million in 2012.  Second of all, this is after Tyler Perry’s one go-to franchise, Madea, might be on the financial decline after A Madea Christmas finished with the worst box office ($52 million) for a film to feature “Madea” in its title.  Lastly, this comes at an incredibly inopportune time for Tyler Perry.  As recently revealed by THR, Lionsgate chose not to renew their distribution deal with Tyler Perry’s 34th Street Films production company once their deal expired at the end of 2013.  Lionsgate was still on the hook for Single Mom’s Club, but otherwise Perry is a free agent.  He’s had to shut down his Los Angeles offices, consolidating 34th Street Films to operate entirely out of its pre-existing Atlanta, GA offices.  That means some of Perry’s employees just lost their jobs, though he’s out there courting new distributors.  So, right now was the worst possible time for him to deliver one of his biggest box office bombs.  The actual biggest bomb came just last year when Tyler Perry Presents Peebles – which he produced but did not direct- debuted with $4.6 million, ultimately finishing with an embarassing $9.3 million.

Foreign: Currently, its has a combined international gross of $141.5 million for a worldwide total of $378.4 million.  It’s only remaining major market is Japan.

The most common recent narrative is that regardless of how big a major animated film hits domestically it will hit even bigger internationally, usually with around 55-75% of the worldwide gross coming from foreign markets.  That simply has not happened with LEGO Movie, which though a big overall hit is clearly a much bigger hit at this point here (domestic) than it is there (foreign). 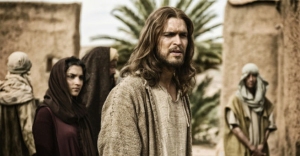 Foreign: Not currently scheduled to play internationally until the end of this month.

Passion of the Christ this ain’t, but it was never going to be.  Given the level of expectations, a 17-day gross of $50.9 million is fantastic.  The same won’t be true of the forthcoming $125 million biblical epic Noah, which opens with far higher expectations at the end of the month.

Foreign: $6.7 million from 13 territories this weekend for a new total foreign gross of $20.1 million and worldwide total of $24.8 million.

Holy crap, Wes Anderson just put up a per-theater-average of $55,152 for Grand Budapest Hotel, which expanded from 4 to 66 theaters this weekend.  According to BoxOfficeMojo.com, this set an all-time record for a film playing in over 50 theaters.  Anderson’s style is so rigidly quirky that it’s hard to imagine there being the same level of demand for Grand Budapest Hotel once it starts expanding into the, um, less artsy-fartsy (?) corners of North America.  Then again, 2012’s Moonrise Kingdom was the biggest domestic hit ($45 million) of Anderon’s career since The Royal Tenenbaums ($52 million).  Grand Budapest Hotel might be following suit.

Foreign: Currently, its has a combined international gross of $630.2 million for a worldwide total of $1.02 billion

Frozen has now become the 15th highest worldwide grossing film of all time, a record which seems less prestigious when you learn that #16 on that list is Tim Burton’s notoriously 3D-inflated Alice in Wonderland (2010).

Foreign: Currently, its has a combined international gross of $54.1 million for a worldwide total of $127.9 million.

Monuments Men was originally projected to have finished at #11, but actually pulled in a little more than Veronica Mars to come in at #10. 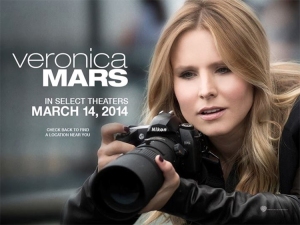 If not for Grand Budapest Hotel Veronica’s $6,833 per-theater-average would easily be the best of any movie to finish in the top 30.  Nearly half of the business came on Friday, though, which would indicate the hardcore rushed out to see it the first day, the stragglers the next two days, and it seems unlikely there will be a significant portion left over in the coming weeks (a similar dynamic played out last month with Everlasting Love).  However, this all has to be graded on a curve because this is a first of its kind: a canceled TV show returning as a film which was funded almost entirely by the fans through Kickstarter.  It only opened in 291 North American theaters, 265 of them in the United States.  Warner Bros. did almost no traditional marketing for it, and they made it the first major studio-distributed release to be made available for rent/sale on VOD at the same time as its theatrical release.  Unfortunately, we won’t know how well it did in the VOD realm until sometime on Wednesday.  However, a long time ago we used to be friends, and for the most part we all seem to be friends with Veronica again.

What’s Up Next?: All of Hollywood will come to a figurative stop to watch, hope, pray, pause to snort coke off of a hooker’s chest, and then pray again that Divergent hits as big as pre-tracking has suggested.  If not, many a YA Novel adaptation project in development may yet get canceled because in the race to be the next Harry Potter, Twilight, or Hunger Games there’s been nothing but crushing financial failure.  Going up against Divergent will be the Jason Segel-less Muppet sequel (Muppets Most Wanted), which has received rather tepid critical response to this point.  Both open wide on Friday (3/21).

UPDATE: 3/20/14 – The original studio-estimated weekend totals have been updated with the actual totals.  The primary change is that Veronica Mars did not finish at #10 as originally estimated, instead finishing just behind Monuments Men.