How I Met Your Mother‘s remarkably divisive series finale, “Last Forever,” was watched by 12.9 million people last night, most of whom have now spent all of today arguing over whether the finale was legendary or just legendarily awful.  At least it was better than last year’s Dexter finale.   However, 12.9 million wasn’t enough to make it the most-watched show of the night (damn you, Dancing With the Stars!), and it’s not even the most watched finale in the past 72 hours (15.7 million watched The Walking Dead’s fourth season finale on Sunday).  Heck, among just current sitcoms the most recent episode of The Big Bang Theory pulled in 17.34 million viewers meaning the last ever How I Met Your Mother couldn’t match a normal episode from Sheldon Cooper and his geeky pals (plus one hot girl).

Yeah, yeah, yeah, forget all that.  Sitcoms are no longer the ratings force they once were, and Big Bang Theory is the exception, not the rule.  We all know that the way we watch TV and the number of options available to us has fragmented viewing so much that a historically maligned sitcom like Wings was watched by more viewers in the early 90s than now combine to watch average episodes of critical darlings Community, Parks & Recreation, Brooklyn Nine-Nine, and New Girl.  Even so, How I Met Your Mother managed to make “Last Forever” the most-watched episode in its 9 season, 208 episode history. 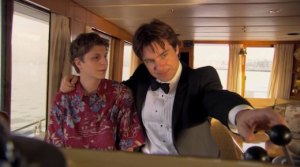 This wasn’t even the most watched episode of Arrested Development‘s third season let alone the entire series, a honor which goes to the over 8 million who watched the pilot.  However, this was an odd situation where FOX had pulled the show from its schedule, and then burned off the final 4 episodes, including “Development Arrested,” over a month later on a Friday night.  Don’t weep for the Bluths, though.  They invaded Netflix with a new season of episodes last year. 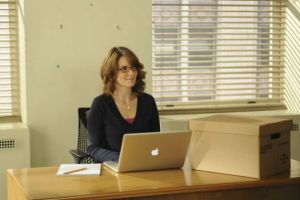 NBC aired the final two episodes in a one-hour block, meaning though “Last Lunch” is the series finale it aired along with the preceding episode “Hogclock!”  Always a critical darling, never a ratings winner, “Last Lunch” became the most watched episode for 30 Rock since halfway through its 5th season a year and half earlier.  However, its high water mark remained the 8.7 million who viewed the third season premiere. 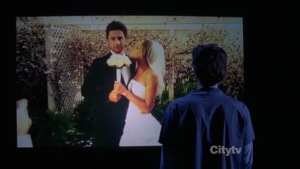 The ratings had been declining since the beginning of the 6th season, and by the time they wrapped everything up at the end of their 8th season their finale wasn’t even among the 5 most-watched episodes of the final season.  However, this deserves a serious asterisk because this is not technically the series finale. Scrubs had one more season, carrying over just a handful of the same cast members and even then at a far reduced screen time.  The new setting was at a medical school, filled with new characters meant to eventually completely replace the outgoing ones.  This quasi-spin-off lasted a mere 13 episodes on ABC, the last of which was watched by only 3.45 million viewers. 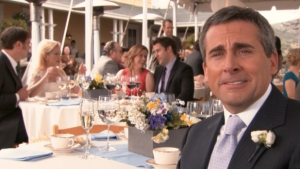 The ratings for The Office took a nosedive once Steve Carrel left at the end of the 7th season, and the only time they ticked back up again was when he returned for the series finale at the end of the 9th season, though his appearance was an unadvertised surprise cameo.  It was definitely the most watched episode of the final season, but their most watched episode of all time remained the pilot (11 million viewers). 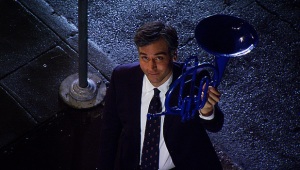 Before “Last Forever,” the only HIMYM episodes to be viewed by more than 12 million people were season 1’s classic “The Pineapple Incident” (12.27 million) and season 7’s “The Naked Truth” when Victoria returned for the first time since the first season (12.22 million). 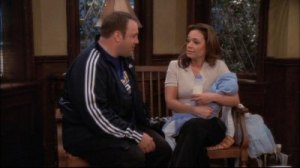 This was the most watched episode of its 9th and final season, but it had actually pulled in more viewers to episodes during its third and fourth seasons. 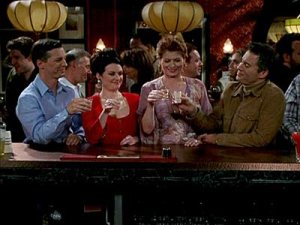 This was double the average number of viewers who watched the prior episodes of the final season, but an 18.43 is what Will & Grace was pulling in on a weekly basis during its heyday just four or five seasons earlier.  Appropriate considering their highly mockable penchant for stunt-casting, Will & Grace‘s most watched episode remained when 25.3 million tuned in to watch Matt Damon play a straight guy pretending to be gay and becoming a professional rival to Jack (Sean Hayes). 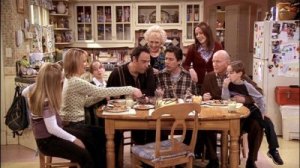 You didn’t think HIMYM was the only show to do this, did you?  Everybody Loves Raymond also went out with a series finale which was watched by more viewers than any other episode in the history of their show.  In fact, anticipation was so high CBS managed to sell 30-second commercial spots during the episode for as much as $1 million. 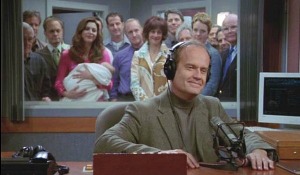 Frasier was a top-20 Nielsen ratings show for its first 9 seasons, dipping all theway #35 during its 11th and final season.  Even so, it was never a show watched by 30+ million people a week.  Its highest average was just over 20 million during its 7th season, i.e., the one that ended with Niles and Daphne finally, finally, finally together as a couple.  So, “Goodnight, Seattle” was the most-watched episode of Frasier not just because of a great love for the actual show but also because this was the end of Frasier Crane, one of TV’s greatest sitcom characters who never would have made it past one season on Cheers had Shelley Long gotten her way. 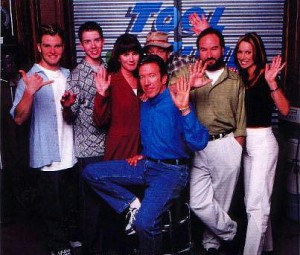 Ricky Gervais may be a bit skeptical of Tim Allen’s credentials as a film actor (at least compared to Tom Hanks), but the dude did lead a sitcom which never left the Nielsen top 10 during its 8 seasons.  The series finale became the most watched episode in program history as well as the 5th most watched series finale of the 90s, regardless of drama, sitcom, reality, etc. 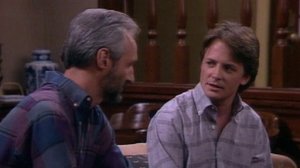 For its fourth and fifth seasons, Family Ties was the second most-watched show on TV two seasons in a row, trailing only The Cosby Show.  During that period (1985-1987), it averaged between 25-28 million viewers per episode.  However, by the time of its seventh and final season in 1988/1989 it had fallen out of the Nielsen Top 30 meaning not a lot of people were watching those final episodes.  That makes the 36.3 million for the series finale all the more impressive.  It’s not clear if “Alex Doesn’t Live Here Anymore” was the most watched episode in the show’s history, since records for that kind of thing can be hard to come by, but it was certainly well above the average viewership.

6. All in the Family 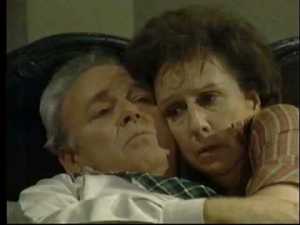 All in the Family was the #1 rated show on TV from 1971-1976, the first show to top the chart for 5 straight years.  The Cosby Show eventually matched that feat, and then American Idol beat both of them by being #1 for 8 straight years.  For the purposes of this list, though, it’s not clear if the deeply depressing “Too Good Edith” (spoiler: she dies) was the most watched episode in show history.  It is, however, the 6th most-watched sitcom series finale of all time, 9th most regardless of genre. 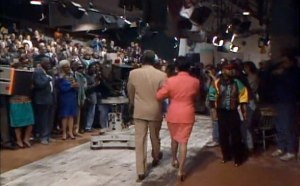 What Michael Jackson’s Thriller was to album sales charts in the ’80s into the ’90s Cosby Show was to Nielsen TV rankings: nothing could dislodge it from the top of the chart.  That is until Cheers and Roseanne finally managed to do so in 1990/1991.  By the end, Cosby fell fast slipping from the fifth most watched show in 1990/1991 to 18th during its final season in 1991/1992.  However, similar to Family Ties even though it was a fading show it had once been a ginormous hit, and the 44.4 million who watched the series finale verify as much.  It’s not clear if this became the most watched episode in show history, but during its most-watched season (the third) it was averaging 30 million viewers per episode. 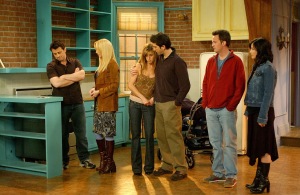 She got off the damn plane, and Ross and Rachel were finally on-again after such a long break.  It was all a pretty dang big deal.  It just didn’t equate to the most-watched episode in the show’s history.  That came in 1996 with their cameo-packed (e.g., Chris Isaak, Jean-Claude VanDamme, Julia Roberts, Brooke Shields) post-Super Bowl two-parter, aptly named “The One After the Super Bowl” and watched by 52.9 million people. 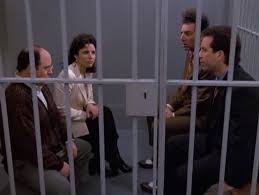 Seinfeld averaged around 30 million viewers per episode from its fifth season on, making it either the most watched show on TV or second most-watched show behind ER during that stretch.   However, they had never come remotely close to getting something like 76.3 million viewers before that finale.  So, yeah, it was their most-watched episode by a pretty wide margin, especially if you discount the clip show special which preceded the finale and drew in 58 million viewers.  They also became one of only three shows to have its final season be the number one ranked show on television, joining I Love Lucy and The Andy Griffith Show. 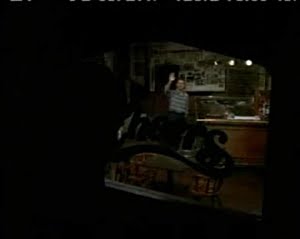 That time we saw Diane again only to discover the answer to the great question of who womanizer Sam Malone would end up with was staring us right in the face the whole time: he’d end up at home in his bar, duh. Similar to Seinfeld, Cheers was a colossal hit for a pretty consistent stretch of time, ending up a top 5 Nielsen show from its fourth season to its tenth.  However, it had begun backsliding in that final season, slipping to #8 on the Nielsen chart.  Even then, an astonishing 80.4 million tuned in for the series finale, by far the most in the show’s history.  At that point, it had been averaging only 30 million per episode for several seasons. 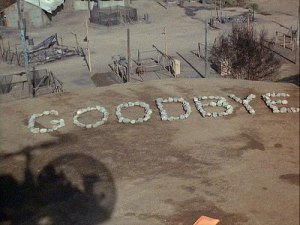 This was not just the most-watched series finale ever, but the most-watched television event ever—until 2010, when the Super Bowl topped it with 106 million viewers.  So, yeah, this was obviously the most watched episode in show history.

Let’s count it up: of the top 10 most-watched sitcom series finales of all-time, 9 either definitely (M.A.S.H, Cheers, Seinfeld, Home Improvement, Frasier, Everybody Loves Raymond) or probably (The Cosby Show, All in the Family, Family Ties) didn’t have any other episodes which were watched by more people.  Of the more recent sitcom series finales, only one claim as much, and that’s HIMYM.

So, if it seems like way more people across the internet are stressing out over that dang finale than normal it’s partially because HIMYM just did something most sitcoms can no longer pull off but almost all classic ones did: they went out with the most viewed episode in series history since like a sitcom version of Lost people just had to see how the mystery at the heart of the show would play out.  Most didn’t like how it played out, though, but they had to find out.

NOTE: It can be surprisingly difficult to track down viewership totals for individual episodes of older TV shows as opposed to average totals for seasons.  That is why I couldn’t 100% verify the finales for Cosby, All in the Family, and Family Ties were their most-watched episodes.  In researching this article, I also looked up the following classic sitcoms only to come up empty as to an estimate of total viewers for each show’s series finale: I Love Lucy, The Honeymooners, The Dick Van Dyke Show, Mary Tyler Moore Show, Hill Street Blues, That 70’s Show, Roseanne, The Bob Newhart Show, Wings, Barney Miller, Sex and the City, and Taxi (okay, fine, Wings doesn’t really belong on that list, but it’s a classic to me-except for those last 2 seasons).