It is possible for two different people to come up with similar ideas independent of one another.  For example, I once had an idea for a movie in which someone is pulled into a slasher film, Pleasantville/Last Action Hero-style.  However, so did someone else, clearly, since that’s the basic premise of a script which was kicked around Hollywood beginning in 2008 before Sony stepped up to the plate to put it into production, resulting in Final Girls being at the casting stage right now.  I have no real rightful claim to frustration in the matter.  However, what if somewhere along the line I had actually converted my idea into a script (or story treatment), pitched it around Hollywood, and then saw the news about Sony’s Final Girls – wouldn’t I feel a tad bit litigious?

That’s a common experience in Hollywood meaning there is an endless stream of lawsuits which essentially amount to claims of, “You stole my story!”:

One such famous lawsuit is the one over Eddie Murphy’s Coming to America, which Paramount ultimately settled out of court.  However, these lawsuits rarely amount to anything, in no small part because it is notoriously difficult to prove that your idea is so freakishly similar to some famous film or TV show that they clearly must have stolen it from you.

So, here are 7 recent such lawsuits, some of which have already reached a verdict, others which are still going through the legal process:

1) Trouble with the Curve 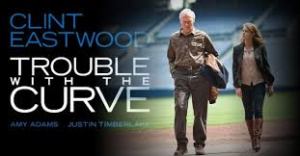 Argument: Brooks claimed his production company had commissioned a script titled Omaha from Don Handfield about a cantankerous old baseball scout struggling to re-connect with his adult daughter.  However, after they had a falling out with Handfield the script allegedly went through the agency system after which it was re-titled Trouble With the Curve and credited to Randy Brown.  Brooks claimed WB stealing their script was part of a conspiracy, and that Brown was a talent-less hack best suited to play for weddings with his band.

Verdict: Not Guilty.  Ultimately, in comparing the two scripts the judge ruled that while the two works shared a similar premise, and the characterization of the lead character was similar there was nothing copyright-protected about a father-daughter baseball story.  Plus, she described Omaha as being “conveniently crafted in generalities, such that major differences in the two plots are either papered over or ignored.” 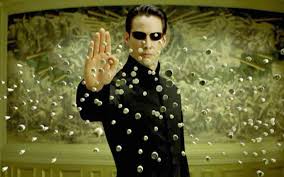 Argument: Althouse claims he submitted a script like The Matrix, though his was called The Immortals, to Warner Bros. in 1993.  His script involved an immortal CIA agent who has to battle a reanimated Adolph Hitler and some of his Nazi pals since they had not died but were put into cryopreservation at the end of WWII.   New Hitler would be immortal like the CIA agent, and his goal would be to kill any and all non-immortals.  Althouse filed his lawsuit so later because he did not actually see the Matrix films until 2010.

Verdict: Not Guilty.  Probably holding back laughter, the judge declared, “The basic premises of The Matrix Trilogy and The Immortals are so different that it would be unreasonable to find their plots substantially similar.  Plaintiff alleges that both stories have allusions to Christ.  However, allusions to Christianity in literature date back hundreds of years and are not generally protectible. Looking at the details of the works, the two works express these themes very differently. The Christian allusions in The Immortals concludes with the literal Second Coming of Christ, whereas The Matrix Trilogy concludes with a metaphorical reference to Christ, as Neo sacrifices himself to save others.”  So, yeah, sure Neo is a Christ-figure, but you literally can’t sue The Matrix guys about that and win. 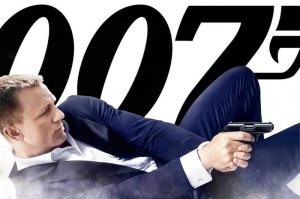 Argument: Universal is working on a film titled Section 6, which aims to depict the formation of the MI6 in the UK after WWI.  That could be cool, but maybe too familiar.  MGM claims Section 6 will feature a “daring, tuxedo-clad British secret agent, employed by ‘His Majesty’s Secret Service,’ with a ‘license to kill,’ and a 00 (double-O) secret agent number on a mission to save England from the diabolical plot of a megalomanical villain.”  In other word, Universal is just ripping off James Bond, right?  Well, what if what Universal is doing is based upon historical fact – would that still be a copyright infringement?  That’s where it gets dicey, but MGM claims it doesn’t matter because the characters and plot points of the Section 6 are entirely fictional with no basis in historical fact.

MGM claims it has been in contact with Universal about Section 6 since 2010, and had received assurances the film was not moving forward before they discovered Universal had hired a writer and director with no intentions of paying attention to MGM’s legal concerns

Argument: The people who made this claim Disney ripped them off when they made this:

For Frozen, that was actually their Wall-E meets Ice Age teaser trailer, part of their misleading ad campaign to sucker audiences into seeing a musical without telling them it was a musical (or even featured any human characters whatsoever).  That paid off pretty well for them since Frozen has broken about every box office record imaginable.  That scene from the trailer, as you likely realize, is not in the film.  Wilson and Wrischnik claim the trailer is similar to their “Snowman” in plot (“a snowman competing with animals on slippery ice to recover his carrot nose”), characters (“Both snowmen are portrayed as awkward, insecure and clumsy”), themes (“competition, sacrifice, friendship and gratitude”), sequence of events, setting, mood, pace. and dialogue (“hello”). 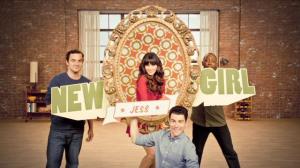 Argument: Might their actually have been nothing particularly new about New Girl?  Counts and Gold wrote a pilot script titled Square One about a quirky girl who has to move out of her apartment with her philandering boyfriend, and move into a loft with 3 male roommates.  They worked with William Morris Endeavor agents to shop the pilot script around, and took meetings with people at Fox, where they recommended Zooey Deschanel as their female lead..  However, Counts and Gold claim Meriwether and Chernin came into contact with their script, took it as their own, and Fox is so aware of this they offered them a $10,000 settlement not to sue.

Counter–Argument: Fox’s team of undoubtedly impossibly high-powered lawyers have sidestepped Counts and Gold’s claims as to how Meriwether and company came into contact with Square One by seeking a dismissal on the grounds that Square One and New Girl are only similar on the most general level in that both center around “a woman who leaves a bad relationship and moves in with three single men.”  Beyond that, Fox claims the characterization of the central characters and roommates is entirely different as are the plots, themes, settings, tone, and actual dialogue.

Plaintiff: Larry Montz, a parapsychologist, and Daena Smoller, a publicist,

Argument: Montz and Smoller claim to have presented screenplays and videos to NBCU from 1996 to 2001 as part of their continued pitch for a show about a team of paranormal investigators who go into haunted locations.  They first sued for copyright, but then sued for breach of implied contract, meaning since their idea was officially presented to NBCU when it was later used for Ghost Hunters Montz and SMoller should have gotten a piece of that action.

Counter-Argument: NBCU pointed to a technicality in that Montz and Smoller’s claim came beyond the two-year statute of limitations since Ghost Hunters premiered in October 20004, Smoller first became aware of the show sometime in 2005, and the lawsuit wasn’t filed until November 2006, just barely more than 2 years after the show’s premiere.

Verdict: Not Guilty.  Essentially, the judge ruled it was Montz and Smoller’s own dang fault they took so long to file suit.  NBCU did nothing to hide the show from them, and they was no reason they couldn’t have seen the show earlier.  It’s their own dang fault for not watching enough TV, basically.

Argument: This lawsuit seems to have been tailor-made for internet headlines, e.g., “Show about clones may have been illegally cloned to begin with.”  Hendricks claims he wrote a screenplay titled “Double Double” in the late 1990s, registered with the WGA and Copyright Office.  He pitched it to Temple Street in 2004, with the actual screenplay ending up on the desk of co-president David Fortier.  Street ultimately passed on the project, but now Fortier is an Executive Producer on Orphan Black.  Did he steal Hendricks’ idea?

The lawsuit reads, “The similarities between the Series and the Screenplay are so substantial that it is a virtual statistical impossibility that the former could have been created independently from the latter.  Both protagonists are young (early 20s), attractive women who want the same thing: to understand who they are and where they come from”; “The protagonist’s birth certificate is a key clue that makes her suspicious about her origin”; “The recurring theme of clones reproducing is also present in both.”

Hendricks points to an interview Fortier gave where he discussed the creation of Orphan Black as emerging from a spec script sent to him by Grame Manson and John Fawcett, with whom he worked to develop the show for 4 years.