Once upon a time, a movie’s success was entirely and rather fairly judged by the number of tickets it sold. There was no TV thus no home video market, and the studios owned all of the theaters. By the time the United States Supreme Court came around in 1948 and basically said, “Hey, screw you Hollywood! You don’t get to make the movies AND own the theaters that play your movies!” 100% of the film studios’ revenues came from ticket sales. By 2007, that percentage had plummeted down to around 20%, with the rest coming from home video, merchandising, and licensing. We know that, though, because up until 2008 the major studios used to supply their revenue numbers to the Motion Picture Association of America (MPAA) who would then privately publish them in what they called “All Media Revenue Reports,” breaking down revenue by all possible sources (not just ticket sales) and from every market in the world. These reports were normally only shared with the top brass at each studio so they could compare their studio’s aggregate performance against the competition, but every now and then economists got their hands on these reports and wrote about them, as Edward J. Epstein did in The Hollywood Economist.

Minus access to those kinds of reports we’re often flying blind when it comes to actually knowing whether or not a movie made any profit, especially when clever Hollywood accounting somehow declared that 2007’s Harry Potter and the Order of the Phoenix officially lost money for Warner Bros. even thought it grossed just south of $1 billion worldwide. To actually get to the bottom of this kind of thing you’d have to gain an unprecedented level of access to a studio’s books, but that’s not going to happen, right? I mean studios don’t share that type of information because they don’t have to. The only way you’d get the real hard numbers would be to, I don’t know, hack into their servers as part of what Buzzfeed is calling “ the most embarrassing and all-encompassing hack of internal corporate data ever made public.”

Of course, that’s exactly what has happened, with a hacking collective calling itself Guardians of Peace claiming to have downloaded 100TB worth of remarkably sensitive data from Sony Pictures. They’ve unleashed salary information and social security numbers for 47,000 former or current employees, including big hitters like Judd Apatow and Sylvester Stallone, as well as a stunningly extensive documentation of the company’s operations. The hack was initially thought to be the work of North Korea as retaliation for Sony’s upcoming movie The Interview in which James Franco and Seth Rogen play two celebrities deputized by the U.S. government to assassinate the North Korean leader. North Korea previously claimed it regarded the film as being tantamount to a declaration of war. So, it was especially curious that the first batch of data released by Guardians of Peace revealed Franco and Rogen’s salaries for The Interview. However, the ongoing investigation into the matter is increasingly pointing toward Guardians of Peace being more of an inside job with no connection to North Korea.

Regardless of who’s doing this and why, they are unleashing so much data that it seems like the news media will be pouring over and discovering new, headline-worthy documents for weeks. For example, The Hollywood Reporter just uncovered the following:

Among the most stunning documents is one [April 2014 letter] prepared for parent company Sony Corp. in Japan that reveals studio ‘ultimates’ — among the most closely guarded information in Hollywood — on a number of recent films. ‘Ultimate’ is studio parlance for the ultimate profitability (or loss) of a film, once its theatrical run, home video and other ancillary revenue streams are taken into consideration, as well as the cost of making, marketing and releasing the film.

The only thing the general public normally knows about an individual film’s box office performance is the estimated production budget along with domestic, foreign, and worldwide gross, all readily accessible through sites like BoxOfficeMojo.com. However, the production budget doesn’t include distribution or marketing costs, and the amount of money the studios actually get back from theaters varies, normally a 50/50 split domestically, as little as 25/75 internationally. So, the formula we use to gauge a movie’s profitability is knowingly flawed, but the rule of thumb is that if a movie doubles its production budget it managed to at least break even since it has to split ticket sales 50/50 with the theaters.

Actually knowing, without a doubt, how much a movie profited, though, is rare. So, yeah, that document Hollywood Reporter uncovered is a bit of a holy grail for box office enthusiasts. Wait. This is wrong. This isn’t data we are meant to see. What Guardians of the Peace is doing is illegal. We are not meant to know how much money Sony Pictures’ big movies made last year, but as a purely academic exercise it is kind of fascinating. So, here’s what The Hollywood Reporter found:

Keep in mind that this document apparently comes from early 2014, and these movies will continue to accrue home video and licensing sales for years to come. However, here’s how their current profitability estimates relate to their box office totals:

This Is the End

Any movie that costs around $30m to make and hauls in over $120m is an obvious success, but This Is the End appears to have added considerable profit since its theatrical run. Based on the theory that the studio has to split worldwide ticket sales 50/50 and then take their budget into account you’d guess that Sony probably made around $31m from This Is the End’s ticket sales, but here they are reporting an overall profit of $50m.

This is surprisingly close to what you would have guessed Sony made from Grown Ups 2 in ticket sales alone, which is $43m, the result you get after dividing the worldwide gross in half and subtracting the production budget. Here, Sony is reporting an overall profit of $48m.

That’s actually a lower profit than you would have guessed based on the ticket sales with $219m worldwide for a movie that cost $55m to make equating to projected profit of $54.5m. Instead, Sony expects to make $39m.

The same basic story as Captain Phillips. Based on its worldwide gross and budget, you’d guess that American Hustle probably brought back $85m in ticket sales for Sony. Their overall profit ($27m), though, is considerably lower than that. 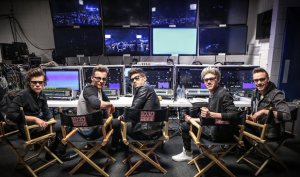 One Direction: This Is Us

This is fairly close to what you would have guessed Sony made from One Direction in ticket sales alone. 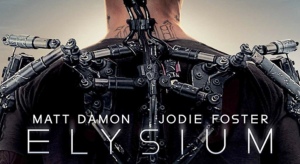 Remember all the hand-wringing last August over Elysium’s surprisingly ho-hum box office, unfavorable comparisons to the director’s last film (District 9) and thoughts that it might have been too similar to Tom Cruise’s Oblivion? It sure seemed like they were saved by a strong international showing, and that’s apparently true.

This one should get a pass because it only recently came out on video and airing on cable, neither of which had happened yet when Sony’s letter was originally written. However, the box office knock on Monuments Men was that while it did better than expected for a potential awards contender delayed and dumped in February it still wasn’t doing good enough relative to its budget. That being said, so many movies fail to ever turn a profit at all. Apparently, The Monuments Men pulled it off.

Sony’s other 2013 releases – including Evil Dead, After Earth, White House Down, The Smurfs 2, Cloudy With a Chance of Meatballs 2, and Carrie – were not mentioned by THR