The cyclical nature of the film industry is often akin to surfing: some random movie comes along and causes a ripple in the ocean. Countless producers grab their boards, and streak down to the water.  The wave picks up, a peak is hit, and then wipe out, leaving all of the producers paddling back to shore to laze on the beach, waiting for the next wave. In this race, fortune favors the quick. The key to cashing in on the latest trend is often merely the ability to get your product to the market before saturation and audience indifference inevitably sets in; ensuring that what you make is actually a good movie is quite often irrelevant, at least at the box office, at least if you hit while the wave’s still raging.

Observe, then, the cautionary tale of Project Almanac, Michael Bay’s “found footage” time travel movie. It was filmed in 2013 under the name Almanac. The studio changed the title to Welcome to Yesterday, and started doing press in advance of a February 2014 release. Then it was renamed again, Project Almanac, and pushed back almost a full year to January 2015. The official explanation? Paramount wanted to team with corporate partner MTV Films to device a better marketing campaign geared exclusively to teens and college-aged audiences. The rumored reason? Paramount wanted to give producer Michael Bay the time to focus on and ultimately improve the film once he’d finished Transformers: Age of Extinction. It pretty much looked like a classic case of a studio using January to dump a movie it no longer liked, and it would appear as if their lack of faith was well-earned. In its opening weekend, Project Almanac flopped with just $8.3 million, the second worst opening in the history of Bay’s production company, Platinum Dunes (behind The Hitcher‘s $7.8m debut in 2007). The youth marketing delivered an opening weekend audience that was mostly under the age of 25 (63%), but there simply wasn’t enough of an audience, young or old. The film now seems destined for a domestic total south of $25 million, which would barely double its $12m production budget meaning any profit will have to come from the international market.

This failure can’t really be chalked up to the folly of daring to open such a film over Super Bowl weekend. Fox had no problem steering Josh Trank’s “found footage” superhero movie Chronicle to $22m (nearly double its budget) and a #1 debut over Super Bowl weekend three years ago. It was similarly a hit with audiences under the age of 25 (61%). Audiences didn’t even appear to like Chronicle any more than Project Almanac (both earned a “B” from opening night audiences on CinemaScore), although critics definitely thought one was a legitimately good movie (Chronicle; 85% RottenTomatoes) and the other not so much (Almanac; 31% RottenTomatoes). However, in all likelihood it wasn’t so much poor word of mouth that felled Almanac but instead rotten timing. Bay and Platinum Dunes simply took too long getting to that “found footage” wave.

The year before Project Almanac went into production four different “found footage” films (The Devil Inside, Chronicle, Project X, Paranormal Activity 4) earned at least $50 million at the domestic box office, with Chronicle’s $63m setting the high water mark. However, while Almanac sat on the shelf for all of 2014 all five found footage movies (The Marked Ones, Devil’s Due, Earth to Echo, Into the Storm, As Above So Below) released wide during the year earned less than $50 million, with Devil’s Due setting the floor with just $15m. It’s worth noting that two of those 2014 films had actually been pushed back themselves, Marked Ones failing to make its originally announced October 25, 2013 release and Earth to Echo meant for summer 2013 before Disney dropped it and sold it to Relativity Media, who spent a year re-working the story via editing and a couple days of re-shoots as well as upping the special effects. Most of these films likely turned a profit because they were so relatively cheap to make, but they missed, truly big lucrative wave just as Almanac has.

Looking ahead, the only found footage films currently ticketed for a wide release in 2015 are Universal’s supernatural horror film about guilt-ridden teenagers dealing with the suicide of a girl they bullied (Unfriended; 4/17/15) and the sixth Paranormal Activity, which was recently pushed back from a March release to 10/23/15. This is actually the third release date change for Activity 6; it was originally supposed to come out over Halloween 2013! Area 51, from Paranormal Activity director Oren Peli, still has no official release yet, despite having finished filming around 2009/2010 before performing re-shoots in both 2011 and 2013.

Of course, Oren Peli is the guy who started this all, or at least he’s the one who brought “found footage” back to life after Blair Witch Project (1999) proved to be a bit of a flash in the pan. Peli filmed Paranormal Activity with a simple video camera across 7 days, asking his actors to improvise their lines. He took it on the film festival circuit which eventually brough it to the attention of Jason Blum at Miramax. The two worked together on a new cut of the film, and the new cut earned some fans in the upper ranks of DreamWorks. They wanted to do a big-budget remake which Peli would direct, but upon Blum’s request they screened the film before moving forward on a remake. Audiences loved it, and plans for a remake were wisely scrapped.  Upon its theatrical release, Paranormal Activity quickly became a word-of-mouth hit, topping out at an amazing $193m worldwide against a $15,000 budget.

Who’s not going to want in on that kind of business? Jason Blum’s production company, Blumhouse Productions, eventually signed a deal with Universal Pictures, which allows him to put any film into production just as long as its budget is $4m or less and its genre is horror, sci-fi, or thriller. Granted such freedom, Blum’s actually made more films than Universal can handle, with at least four long since finished films currently sitting on the shelf with no plans for any kind of theatrical or VOD release. Among those is Area 51, but Blum has stepped outside the found footage format and is now also responsible for the Insidious, Sinister, and Purge franchises. Even Jennifer Lopez’ current modest hit The Boy Next Door, which I guess is a thriller, is a Blumhouse Production. Blum may stick to the same genres, but he’s not sticking to the same form, likely recognizing that audiences have grown weary of found footage. You can’t get stuck forever chasing a trend like that.

Just ask film producer Wyc Godfrey. He’s been behind a 70s/80s horror remake back when those were all the rage (2006’s mostly forgotten When a Stranger Calls), a YA-friendly Lord of the Rings/Harry Potter mash-up (2006’s tale of a boy and his dragon, Eragon), and as one of 9 credited producers on the first Twilight film he had the good fortune to get in on the ground floor of the most recent vampire craze. He received a producing credit for all of the Twilight sequels, which has left him somewhat of an expert in targeting the youth demographic. Last year, he successfully turned Fault in Our Stars into a record smash hit among teenage girls and The Maze Runner into a highly profitable film franchise, a fate which has escaped most YA properties not named Twilight/Harry Potter/Hunger Games. Fault and Maze were among the most profitable films of 2014, and as a result there is a rush in Hollywood for new “grounded” teen movies. Easier said than done. Godfrey told The Hollywood Reporter, “But some people will get burned in hoping they have a piece of material like Fault in Our Stars. By the time you make the movie and it’s out in theaters two years from now, it will be too late.”

That’s just as true of anyone trying to capture Fault in Our Stars magic as it is of Platinum Dunes trying to chase that Chronicle money with their own non-horror found footage movie Project Almanac. Eventually, tastes change, and the more you shove something down people’s throats the quicker they lose the taste for it. It’s not exactly like the recent found footage films are all financial failures. However, they’re trending in the wrong direction. And while its admirable to see the found footage form stretched to include family fare (Earth to Echo), disaster stories (Into the Storm), and now time travel (Project Almanac), it appears as if the general gimmick of making movies which look like they were filmed on the main characters’ cell phones has lost its charm. The wave may not have completely crashed yet, but it might be time to start paddling back to shore anyway and wait for the next wave, whatever it might be. You never know, sometimes the same wave comes around twice, like when Paranormal Activity brought a little bit of Blair Witch Project back into our lives. Plus, sometimes something will come out of nowhere to save a fledgling genre, ala Nightmare on Elm Street saving the slasher film in the mid 1980s. You never see the game changer coming, but clearly we can safely rule out Project Almanac now. 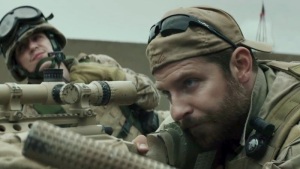 This was originally reported as the biggest ever Super Bowl weekend performance for a film, but once the actual totals came in it turned out it was merely the second best performance, behind Hannah Montana/Miley Cyrus: Best of Both Worlds Concert Tour.

Kevin Costner used his own money to kick in a significant amount of the film’s budget, which is actually something he’s done in the past.  So, he must have an especially invested interest that this film do well, and a $6.4m opening is a really bad start, even worse than the already not-great $9.8m debut of Costner’s recent box office dud Draft Day.

The Blumhouse model is to make movies for $5 million or less, and then spend the $20 million or $30 million needed to release them in theaters only if they have a shot at selling at least $25 million worth of tickets.  As you can see, Boy Next Door is up to that $25m threshold now.

Remember how bad it was last summer when Amazing Spider-Man 2 and Godzilla each made over $90m in their opening weekend and then just barely managed to make it to $200m across their entire domestic theatrical run?  That’s a terrible opening weekend-to-total gross multiplier, and a sure indication of a film whose box office was more hype than substance.  Well, that same basic thing is happening with Taken 3, just on a smaller level.  It basically made $40m in its opening weekend, and now here it is on the way out of the top 10 and it’s only just now managed to get to $80m.