What a difference a week makes.

Last week, Reese Witherspoon and Sofia Vergara’s Hot Pursuit was supposed to be the second coming of The Heat, the Melissa McCarthy-Sandra Bullock comedy with a script by Katie Dippold and directed by Paul Feig. That was the first all-female buddy cop comedy of any consequence, featuring McCarthy doing her loud-mouthed Bridesmaids shtick as a tough Boston cop and Bullock doing her Miss Congeniality shtick as an uptight FBI agent. It turned into one of the highest grossing buddy cop comedies of all time as well as one of the highest grossing films of 2013. Hot Pursuit, written by two guys (David Feeney, John Quaintance) and directed by a woman (Anne Fletcher), is about a similarly mismatched pair of women, one of them an uptight cop (Witherspoon) and the other a gregarious widow of a drug boss (Vergara). It’s actually produced by both Witherspoon and Vergara, the former transitioning behind the scenes and producing films she stars in (Wild) as well as ones she doesn’t (Gone Girl).  In a weird coincidence, Hot Pursuit has a female director, and was released in theaters the same week the ACLU alleged Hollywood discriminates against female directors in film and television to such a degree that government intervention is now necessary. 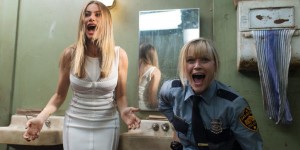 This was the type of film people were totally going to love. Women make up a slim majority of ticket buyers, yet only 12% of all movies feature female protagonists and less than a third give major or minor female character a single line of dialogue. Now, here’s a movie with two female protagonists!  Hot Pursuit was never going to topple the second weekend of Age of Ultron, but it was surely going to make its presence felt. You know, “I am woman, hear me roar, in numbers too big to ignore,” and all that 70s feminism jazz.

Yeah, buying a movie ticket is rarely akin to supporting some kind of social cause. If the movie stinks and no amount of marketing is capable of truly hiding that then who cares if Hot Pursuit has two female-leads who also served as producers and hired a female director? It didn’t receive the worst reviews of Reese Witherspoon’s career due to sexism; that happened because Hot Pursuit is simply not that good. The sub-par box office (a 10-day total of just over $23m for a movie with a $35m production budget) reflects that. You had to work really hard to spin any of this into a positive. Actress/Writer/Director Brea Grant had the best stab at it in her review for The Talkhouse:

I could go on and on about how Hot Pursuit isn’t a great film and shouldn’t we be striving for more depth or nuance in our comedies beyond funny accents (for both women) or slapstick that occurs because the main character wears high heels, but mostly I just want to say a “hell yeah” to these ladies for making their own stuff, even if sometimes they come out with bad movies (to add to all the bad movies that male actor-producers have been making for such a long time). I’m just happy that they are out there making things and putting their names somewhere behind the camera instead of just in front of it. I’m not arguing for mediocrity by any stretch. I’m just saying, “Good for them.” Make some films that Middle America likes. Make some mediocre comedies that will kill on Redbox and VOD for hungover afternoons and family affairs.

Essentially, the message is that merely having the opportunity to fail is an applause-worthy sign of progress. That’s definitely a “Yay?” instead of “Yay!”

Now, Pitch Perfect 2 has happened, directed by Elizabeth Banks, written by Kay Cannon. Critics actually aren’t that crazy about it, with a merely okay 68% RottenTomatoes rating. The amount of acapella puns used in review titles has become nauseating, one such example being “Pitch Perfect 2 is aca-terrible.” But, really, a professional critic’s opinion of Pitch Perfect 2 doesn’t mean much. Teenage girls helped turn the first Pitch Perfect and Anna Kendrick’s “Cups” song into a live-action version of Frozen (i.e., that thing girls will not stop watching thus forever annoying their parents), and teenage girls were out in full force to see Pitch Perfect 2, which pulled in $69.2m this weekend, 75% of that from women, 62% under the age of 25. This helped it soar well above pre-release projections and easily topple Mad Max: Fury Road and Avengers: Age of Ultron to become the #1 film in America and give Elizabeth Banks the biggest opening weekend of all-time for a first-time director (Jason Moore directed the first Pitch Perfect).

As many have already pointed out, this calls to mind the first weekend of June last year when The Fault in Our Stars vaulted above expectations and easily bested the big new action movie of the time, Edge of Tomorrow. Fault In Our Stars rode to success thanks to an opening weekend which was 82% female, 79% under the age of 25. However, it really is too simplistic to pit such movies against each other, Fault vs. Edge, Pitch Perfect vs. Mad Max, when they have nothing in common beyond a shared opening weekend. For example, both Edge of Tomorrow and Mad Max were marketed towards men, but Tom Cruise is really upstaged by Emily Blunt’s co-lead performance in Edge and Mad Max boasts a surprising new female action hero in Charlize Theron’s mechanically armed Imperator Furiosa. Director George Miller even had “Vagina Monologues” author Eve Ensler serve as a consultant, resulting in a movie sporting multiple female characters of various levels of notoriety thus eliminating the Age of Ultron pitfall of featuring one token girl who invariably must represent her entire gender.   So, really, if the narrative of the moment is “More women, more women, more women” then Pitch Perfect 2 and Mad Max: Fury Road are both advancing the cause and prospering at the box office.

That’s how you have Variety running a victory lap Monday morning, declaring Pitch Perfect 2 is evidence that “Hollywood got the memo. Women like movies too.” They went and pulled quotes from people like BoxOffice.com’s vice president (“It’s a validation of the fact that if you make movies by women for women starring women they’re going to do well”) and Rentrak’s senior media analyst (“Young females are clearly some of the most enthusiastic moviegoers around the world. They cannot be marginalized ever because they can drive your box office to record heights”). Even the studio responsible for Mad Max is hoping for a bigger female turnout in the coming weekends, WB’s domestic distribution chief saying of Fury Road’s male-dominated opening, “It will start to shift. That happens with big movies like The Hangover or The Matrix that start predominantly male, but people hear how funny it is or how cool it is and the demographics start to filter.” 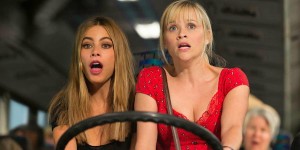 But what about poor Hot Pursuit? Witherspoon and Vergara were supposed to be pulling up chairs to the internet’s current “Women rule!” tabletop discussion. Even next week’s presumptive box office winner, Tomorrowland, earns brownie points for presenting a basic hero’s journey narrative in which the Harry Potter of the story is a female. Hot Pursuit, meanwhile, is limping along and shaping up to be one of the lowest-grossing comedies of Witherspoon’s career. If it ever turns a profit it’s not going to be until way down the line. Didn’t they tick off all the necessary boxes to fit into this female empowerment narrative? Was their only fuck-up that they let two guys instead of two women write the screenplay? Ultimately, as Variety put it, “Quality is key.”

This summer of the female-fueled blockbuster still has some big-hitters on the way. The internet’s girlfriend, Amy Schumer, makes her feature film acting and screenwriting debut in Trainwreck, Melissa McCarthy re-teams with The Heat people for action-comedy Spy, Diablo Cody wrote and Meryl Streep stars in Ricki and The Flash, and Legends of Tomorrow’s Hawkgirl Cara Delevingne has a potential star-turning performance in Paper Towns. This is in a year which has already given us Cinderella, 50 Shades of Grey and The DUFF. In that field, Hot Pursuit is simply one of many, no more notable than the Mila Kunis bomb Jupiter Ascending. A future in which Hot Pursuit is just another movie which didn’t catch on at the box office as opposed to some notable example of female-targeted entertainment is obviously the hope because it will mean that female-targeted films will have become more than just Hollywood’s latest trend. 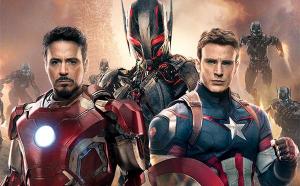 Age of Ultron is now the eighth-highest grossing film of all time, boosted by a 6-day haul of $156.3m from China. It scored China’s second best Friday/Saturday/Sunday of all time after Transformers: Age Of Extinction last summer and second best six-day start after Furious 7

Furious 7 remains the 4th highest-grossing film of all time.

10. Far from the Maddening Crowd