A couple of years ago Kacey Musgraves broke through big time with her insanely catchy country song “Merry Go ‘Round,” which features the following lyrics:

When Musgraves sang about broken merry go ‘rounds she was puncturing the idealized notion of small town America and observing how things tend to stay the same with countless desperate souls trapped in prisons of circumstance, not afforded the opportunity to escape to bigger towns.

I couldn’t get that out of my head when I sat down to pen this reaction to Hollywood’s recent run of directorial hirings. Taika Waititi will reportedly direct Thor: Ragnarok for Marvel Studios. Seth Grahame-Smith is in talks to direct The Flash for Warner Bros. Now Straight Outta Compton’s F. Gary Gray is the finalist to helm the next Fast & Furious movie. For the record, that will make Waititi Marvel’s first non-White director, and F. Gary Gray will become the first African-American behind the camera of a Fast & Furious movie since John Singleton directed 2 Fast 2 Furious in 2003. Grahame-Smith, on the other hand, is the latest white guy with no feature-length directing experience to be given such a huge break.

In reporting the news about Grahame-Smith, BirthMovieDeath’s Devin Faraci was very sensitive to the political ramifications, “He’s a white male with zero feature directing experience being hired to make a big budget tentpole movie while women and people of color with actual CVs didn’t get the call […]The lack of experience is going to make him a target of those who (rightfully) decry Hollywood’s mentality of hiring white guys as a default, no matter their experience.”

Selma’s Ava DuVernay poured one out for her colleagues on Twitter, specifically reaching out to fellow female directors Victoria Mahoney (Yelling to the Sky), Lexi Alexander (Punisher: War Zone), Patricia Riggen (The 33, Girl in Progress) and So Yong Kim, a group of women spanning multiple ethnicities.

She could have also added Rachel Talalay, who has gone from Freddy’s Dead and Tank Girl to Doctor Who and recently made it perfectly clear that she’d kill to direct a big budget comic book movie.

But that’s the Hollywood merry go ’round.  Once you reach a certain budget bracket, the merry go ’round typically only stops for the white guys who know the right people (or get their indie movie into the right film festival).  Taika Waititi being picked for Thor 3 is progress. The same goes for F. Gary Gray and Furious 8. They are both hot directors at the moment. Waititi’s vampire mockumentary What We Do in the Shadows is quickly turning into a cult classic, and Gray’s Straight Outta Compton just made a ton of money for Universal. So, of course Universal would turn out around and award Gray with the chance to take over the premiere action franchise of the moment.

There’s likely a similar principle at play with Grahame-Smith and The Flash. WB thinks of itself as a filmmaker-friendly studio, standing by Zack Snyder and rewarding him with Man of Steel even after a failure like Sucker Punch and patting Ben Affleck on the back after Gone Baby Gone and The Town by making him the new Batman and promising him the chance to direct a solo Batman movie or one of the Justice League sequels.  Seth Grahame-Smith is similarly someone WB has a long working relationship with, and his hiring is just an extension of the studio’s tendency to reward-from-within.

It’s not like he didn’t work for this break; he’s just had a fair deal of good fortune.  The near 40-year-old worked a low-level job in cable development after graduating from Emerson College, honing his skills on the side by working on the occasional web series which is where he met his now long-standing business partner David Katzenberg.  Wait a tic.  Katzenberg.  Katzenberg.  That name sounds familiar.  If not, it should because David is the son of DreamWorks Animation’s legendary CEO Jeffrey Katzenberg. The junior Katzenberg and Smith developed and pitched TV shows together, and Smith made money on the side as a contract writer for the books The Big Book of Porn and The Spider-Man Handbook. His breakthrough, Pride and Prejudice and Zombies, wasn’t even his idea. It was suggested to him by his editor, and he threw it together in just six weeks. It sold nearly 800,000 copies in its first year, changing his life overnight.

While Pride and Prejudice and Zombies was heating up at the book stores, MTV picked up The Hard Times of RJ Berger, a Smith/Katzenberg co-developed show about a high school kid with an enormous penis. Around that same time, Smith signed a new publishing deal and planned Abraham Lincoln, Vampire Hunter as his next novel.  Before he’d even finished writing it, though, Tim Burton gobbled up the film rights, and recruited Smith to not only adapt it to the screen but also to adapt Dark Shadows.  Shortly thereafter, Smith and Katzeneberg signed a development deal with WB, and he’s remained one of the hottest writers in town even though his movies haven’t done so well.

He’s officially responsible for Vampire Hunter (a $69m budget) and Dark Shadows (a $150m budget), but he also performed uncredited rewrites on this year’s disastrous Fantastic Four.  To be fair, though, rewarding or punishing a screenwriter for a film’s box office performance is not nearly as cut and dry as it might seem.  There are countless Hollywood stories of screenwriters whose scripts were mutilated by studio suits, tempestuous directors and ad-lib happy actors. 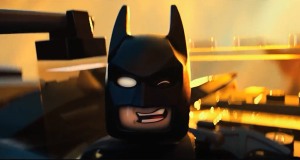 WB is clearly happy with Grahame-Smith, regardless of Dark Shadows, because he is now part of the studio’s “Lego Brain Trust” along with directors Phil Lord and Christopher Miller and editor-director Chris McKay. He will produce 2016’s Lego Ninjago and write 2017’s The Lego Batman Movie, which McKay will direct. Based upon that association, the topic of the live-action Flash movie must have have come up, and after Lord and Miller agreed to write a treatment for it but were more interested in directing a Han Solo Star Wars movie WB must have gone straight to Grahame-Smith.  He made it clear earlier this year that he was prepping an adaptation of Ray Bradbury’s Something Wicked This Way Comes as his directorial debut.  As of this writing, Smith is now attached to write LEGO Batman, Stephen King’s It, the Gremlins remake, a film adaptation of the YA novel Scorpio Races, Beetlejuice 2 and maybe write/direct Something Wicked This Way Comes and The Flash.

One assumes WB will hire a kickass cinematographer to hold his hand through The Flash, but will he even still be the director by the time filming starts in anticipation of a 2018 release? As a point of comparison, Roberto Orci was supposed to direct Star Trek 3 despite a complete lack of experience, and he was forced out after the studio didn’t like his storyline ideas. More importantly, though, this movie can very easily end up canceled if Batman v Superman and/or Justice League bomb.

In the larger scheme of things, what seems to be happening right now is that in the push for more diversity behind the scenes of our movies Hollywood has responded with the assumption that female-led films like Wonder Woman and Captain Marvel requires a woman’s touch while only a person of color can truly communicate the tale of Black Panther.  White guys, on the other hand, can direct whatever they want because they always have.  Plus, hiring the ones with no experience cuts down on the director’s salary.  Hiring Waititi for Thor: Ragnarok is encouraging because his mixed ethnicity and New Zealand roots in no way match up to the story of mostly white space vikings, but his ethnicity shouldn’t necessarily have to match up to the material just as the person directing The Flash doesn’t have to be a white guy just because Barry Allen is.

In truth, I don’t think Grahame-Smith’s race or gender played into his (reported) hiring.  He’s someone who’s previously written a book about Spider-Man, and through a run of good fortune and perseverance he’s been welcomed into the brain trust behind one of WB’s biggest assets, i.e., the LEGO Movie.  In the end, he probably got The Flash by impressing the studio with his work on The LEGO Batman script.  It’s a shame that everyone (regardless of race or gender) with actual reels of footage from movies they’ve legitimately directed probably never had a chance to similarly impress WB and at least get an interview, but that’s the Hollywood merry go round.

Honestly, though, a lot can change between now and 2018.  As far as The Flash is concerned, you’d better not suck, Batman v Superman.