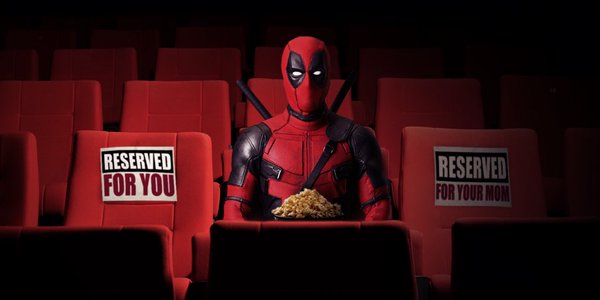 Deadpool debuted to $132.7 million domestic over the weekend and is projected to finish with $150 million for the four-day Presidents Day holiday. Overseas, it launched to an amazing $125 million. In short, Deadpool flat out obliterated pretty much every record for a movie of its type (R-rated) and release window (February).

Pause for a moment to think of this, though: when was the last time that a movie came out and broke either every box office record imaginable or a bunch of records specific to its type (genre/rating) and release period (specific month or season of the year)?

Star Wars: The Force Awakens and, before that, Jurassic World, obviously. However, Straight Outta Compton, Inside Out, Furious 7 and Fifty Shades of Grey also set a bunch of records last year too.

When was the last time a comic book movie did that? Not Ant-Man. Definitely not Fantastic Four. Not even really Avengers: Age of Ultron, which was a huge deal overseas but was a consistent second-place finisher to the first Avengers in all of the domestic records. No, the last time a comic book movie came out and caused analysts to declare “No movie has ever done this kind of business at this time of the year” it was Guardians of the Galaxy in August 2014. For over a year other types of movies have claimed box office supremacy, but Deadpool is a reminder that if you build and market the right kind of superhero movie they will come in record numbers (and now I’m imagining Deadpool making a sexual pun based on the “they will come” part of that sentence).

As a reminder, Deadpool made $132.7m in North America this weekend, and $150m for the four-day weekend. Here are the notable records it set:

Biggest opening for an R-rated film — North America
Beating: The Matrix Reloaded’s $91.8m debut in May 2003. That adjusts to $132.4m at current ticket prices.

Biggest Russian Debut — International
Deadpool’s $12.4 million beat Star Wars: The Force Awakens to nab the top opening ever in Russia. Also overseas, the movie marked Fox’s top opening in 13 markets, including Australia ($10 million) and Taiwan ($8.3 million). And Deadpool scored the biggest opening for a film with the equivalent of an R rating in 11 territories, including the Philippines ($2.8 million).