I have this sense that X-Men: Apocalypse is this year’s forgotten comic book movie, behind Civil War, Batman v Superman, Suicide Squad, even Doctor Strange and obviously Deadpool.  However, I don’t quite know how to prove that. The new trailer debuted yesterday, and all of the geek sites posted their obligatory reactions, which mostly amounted to frame-by-frame analyses breaking down what the new footage tell us about the big plot points of the movie (e.g., Xavier’s school will be completely destroyed at some point and one of the X-Men might die during that attack, Apocalypse will take Xavier hostage thus forcing Mystique to lead the new X-Men, etc.).

I already wrote about my views on Apocalypse at length when the first trailer dropped [here’s the link to my post], and my opinion hasn’t changed since then. The advertising makes this look like a very generic comic book movie with regrettable costumes and overqualified actors, yet my pre-release pessimism about First-Class, The Wolverine and Days of Future Past was proven wrong each time. As such, I don’t trust my own instincts anymore in terms of properly assessing Apocalypse based on the trailers alone. However, can I at least turn to math to verify my sense that Apocalypse is 2016’s forgotten comic book movie?

Here’s the new trailer if you haven’t seen it. Note the word-for-word callback to X-Men’s ending:

As of this writing, X-Men is the 9th highest trending topic on Twitter (fyi, Daredevil is #1). So people clearly noticed the new trailer. Does that really matter? It’s progress.

Those are the 7 movies Fandango users voted as being more anticipated than X-Men: Apocalypse in a survey conducted at the start of the year.

Okay. That wasn’t specific to comic book movies, but it at least confirmed Apocalypse was in third position to DC and Marvel’s two biggies. However, the whole survey might be moot since Zoolander 2  came in right behind Apocalypse as the 9th most anticipated film of 2016 and it bombed at the box office last month. Clearly, being voted “most anticipated” in January turned into “most disappointing” in February. 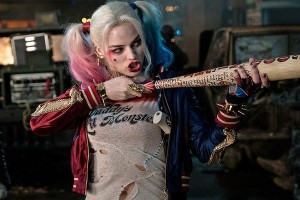 Fandango also asked more specific questions like “Most Anticipated Comic Book Debutant” and “Most Anticipated Female Actors.” Jennifer Lawrence’s Mystique was third in the latter category, behind Melissa McCarthy (Ghostbusters) and Scarlet Johansson (Civil War), and that makes sense since those are three big movie stars. However, not a single Apocalypse character was among the most anticipated comic book debuts. That list went (1) Wonder Woman, (2) Deadpool, (3) Harley Quinn, (4) Aquaman, (5) Doctor Strange and (6) Black Panther. Apocalypse was at least represented in the “Most Anticipated Rising Star” category, with Sophie Turner’s Jean Grey at #1 for women and Tye Sheridan’s Cyclopse #3 for the men.

That’s all fine and good, but Fandango debuted those survey results during the first week of January. Apocalypse has dropped two new trailers since then, one during the Super Bowl and the other yesterday. According to Forbes, Apocalypse‘s Super Bowl trailer was the most “loved” across all of social media behind Jason Bourne and The Jungle Book. However, in terms of generating the highest number of social media mentions in the 24 hours after the game Deadline said it trailed Captain America: Civil War, Jason Bourne and the Coke ad with Ant-Man and the Hulk. 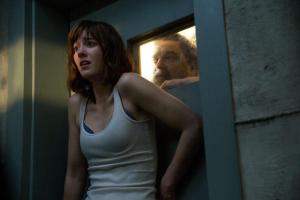 In the 24 hours since its debut, Apocalypse‘s new trailer has been viewed 4.7 million times on YouTube. As luck would have it, another summer blockbuster dropped a new trailer yesterday as well, providing us with a solid comparison. Legend of Tarzan’s (7/1) trailer hasn’t even been viewed 700,000 times yet.

Ouch, but of course Apocalypse would trounce Tarzan. The better comparison would be Civil War‘s trailer, which The Hollywood Reporter (via ComicBookResources) said generated 62 million YouTube/Facebook views in its first four days, beating Avengers: Age of Ultron (which earned 50.6 million views in the same time frame) and Jurassic World (53.9 million views upon its release).

Actually, screw YouTube views. What about bloggers? Where is Apocalypse falling in everyone’s “Most Anticipated Comic Book Movies of 2016” lists?

Fifth on DenOfGeek (behind Suicide Squad, Civil War, Dawn of Justice, Doctor Strange). Fourth on Cheatsheet (behind Deadpool, Dawn of Justice, Civil War). Dead last on MoviePilot. Ditto for ComicBookMovie and GirlOnComicBookWorld (she technically ranked Gambit last, but that movie’s no longer coming out this year). Second on ScreenRant (behind Civil War), though. Wasn’t even an honorable mention on SlashFilm’s 10 most anticipated movies of 2016. Similarly failed to make NerdBastard‘s list of 10 most anticipated comic book movies, sequels or reboots.

That’s not necessarily a fair or representative sample. Those are simply the sites which popped up in a quick Google search, but it helps me realize why I think of Apocalypse as being unloved. YouTube views mean nothing to me, and social media mentions only matter as much as it influences the actual people I follow. Where I get a sense of everyone’s anticipation level is through reading pop culture sites, and a cursory Google search just revealed a staggering lack of enthusiasm for Apocalypse in that realm (aside from ScreenRant).

At this point, the stats probably make a more convincing argument that Doctor Strange is the year’s forgotten comic book movie. Since we haven’t seen any footage from it yet, everyone’s just going off of casting rumors and pics of Cumberbatch from the set. Even then, the hardcore nerds who know their comics tend to rank it above Apocalypse.

Or at least that was the case before this new trailer arrived. Did it do anything to change your opinion? Or does that not matter for you because you’re already stoked to see the conclusion to the First Class trilogy? Let me know in the comments.