Ah, Thor. The film that gave us a superhero, only to have its audience realize that the villain was far more interesting. It’s strange, and probably a little disheartening for Chris Hemsworth, to note that when you think of Thor, you probably think of Loki. 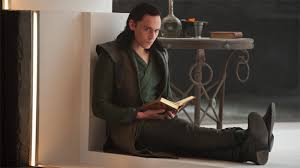 I’ve always said that Marvel has a villain problem, meaning the villains aren’t really all that interesting. They’re pretty one-note and borderline mustache twirlers, not fully realized characters so much as devices that represent whatever threat the heroes have to face. That’s not the case with Loki. Wounded, snide, arrogant, clever, capable of complicated emotions, Loki does it all. Granted, he doesn’t do all of these things here, but even in this early appearance, he’s a quasi-sympathetic villain with motivations you actually understand. He doesn’t do what he does because…“Evil.” There’s an emotional through line that actually makes sense.

I’ve spent this much time talking about Loki, and the character Loki became, because there’s not a lot to really say about the movie Thor. I remember when the film came out, I greeted the concept of a hammer-wielding, Norse God coming down to Earth with more than a bit of skepticism. The film sounded too absurd to be really workable. Throw in director Kenneth Branagh, best known for his Shakespearean work and his ever-diminishing star status (Thanks, Wild, Wild West and Frankenstein), and it was hard to bet on Thor coming out a box office winner. As it is, it surpassed expectations, made just under 500 million, and continued to set the scene for the upcoming  Avengers. As it is, it’s a film that starts out slow, picks up some momentum, and ultimately works well enough to recommend. It’s better than we had any right to expect a Thor film to be, but that’s about it.

Coming back to Thor, I had forgotten how long it actually takes us to get to Earth, at which point Thor becomes a fish out of water story and starts to fall into place. I always block out how much time we spend on the planet (?), galaxy (?), state of mind (?) that is Asgard.

We have a couple of battle scenes. We meet Thor, his brother Loki (Tom Hiddleston, be still my heart), his forgettable battle crew, and his father, Odin (Anthony Hopkins), who banishes Thor to Earth, drives Loki to insanity when he tells him he’s adopted, and then takes a nap.

Once we get to Earth, the film settles into a likable character-driven comedy, allowing for Branagh’s witty sensibilities to take center stage. Branagh is an actor’s director, and for all the film’s flaws, he ensures his film’s characters are entertaining and that he assembled the perfect actors to play them. We enjoy them, and we like out titular god interacting with them. We meet astrophysicist, Jane (Natalie Portman), her assistant, Darcy (Kat Dennings), and mentor astrophysicist Erik Selvig (Stellan Skarsgård) as Jane accidentally backs over Thor in her car (twice).

Once we’re on Earth, the film settles into a cute rom-com, complete with comedic misunderstandings and only occasionally interrupted with tidings from Asgard and SHIELD. Thor finds his hammer, but in a fun little Excalibur homage, he can’t lift his hammer wield his hammer until he’s actually worthy. He becomes worthy through his forced interactions with his new Earth-bound companions. 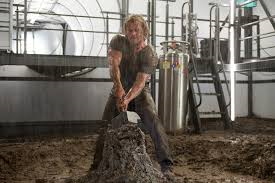 It’s the romance and character interplay that makes the film work.  Portman is especially likable as the real-world woman who falls for the extraordinary man who fell from the sky. She has a lovely chemistry with Hemsworth. Branagh, for all his flare with spectacle, understands there has to be character drama, and he takes his time with developing the romance between the god and the mortal.

The problem is that Thor, for all the film’s efforts, really isn’t that interesting. Hemsworth is a likable, charismatic screen presence, and he sells his comedic moments well, but he’s stuck with a character that really doesn’t grow that much. He evolves form a character who feels he should ride into battle without pause to someone who rides into battle after some pause. Even here, in his premiere film, Loki emerges as the more interesting character.

Oh, Loki. I could have written this entire piece on him. A lot of the love directed in Loki’s direction (full disclosure: I have a dog named Loki), comes from Hiddleston’s effortless charisma and likability, but he’s also a more fully-realized entity. We understand him, and for much of the film, he’s easier to sympathize with when compared to Thor.

It’s’ Loki who leads to the film’s best twist: Odin remains in his Odin-sleep, we’ve seen Loki scheming with the Frost Giants (they’re CGI monsters, and they’re kinda just there),   letting them sneak in in order to murder Odin while he sleeps. We see the Laufey, the Frost Giant king,  standing over Odin’s bed, ready to strike a fatal blow. 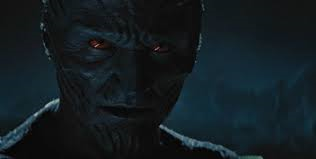 We know Thor is heading back to Asgard. We’re certain he’ll stop Laufey just in time. Suddenly, Laufey is killed, ,and we assume Thor is Odin’s savior. The camera pulls back and we see Loki, looking triumphant. This sums up everything you need to know about Loki. Everything he does stems from a place of insecurity and desperate approval-seeking. He’s the kind of character who says he doesn’t care what anyone else thinks of him, but says it loudly enough so that everyone will hear him. For all the atrocities he commits, he’s an easy to understand antagonist. He’s not a Marvel phenomenon yet, as his snark isn’t full developed. That wouldn’t happen until The Avengers, but here we see the foundation for what Loki would eventually become.

At the end of the film (minus a post-credits scene), it appears Loki is dead, Thor is trapped in Asgard, and Jane is perpetually searching for the Norse god of thunder. Granted, The Avengers will barely acknowledge the dire straits in which our Norse leads found themselves, but it’s refreshing that the film ends on a semi-somber note. Loki’s death doesn’t feel like a triumph, but more like a character our hero failed to save, and the melancholic note upon which the film’s romance draws to a close feels appropriately pensive. Thor isn’t a perfect film, but it sets the stage for how malleable the Marvel cinematic universe could be, and created more drama out its story of gods interacting with humans than should have been possible.

Coming up, Julianne takes on Captain America: The First Avenger and remembers how endearing Steve Rogers really is.